Sykes’s lark: The male with more voices gets the mate

In the hot, arid grasslands of central and western India, a volley of birdsong is not always what it seems. It may not be a flock of different birds, but just a diminutive, brown one, soaring into the air, hovering and delivering a fusillade of calls. It could be the call of a male Sykes’s lark (Galerida deva), which has the ability to mimic many other birds while serenading its partner.

This little brown bird, about the size of the house sparrow, inhabits the open arid countryside and builds its nests on the ground. Not much is known about the natural history and breeding ecology of the species; but it is when a female is near that the male unleashes his full song repertoire, say the authors of a recent study describing mimicry in the species.

Over a three year period between 2011 and 2014, Viral Joshi from the Indian Institute of Science Education and Research Tirupati (IISER Tirupati) obtained 16 different recordings of Sykes’s lark mimicry. An experienced birder, he could easily match the mimetic sounds to model species. To the untrained ear, it is no easy feat. “Even after many years of experience, I still get confused,” confesses Joshi. 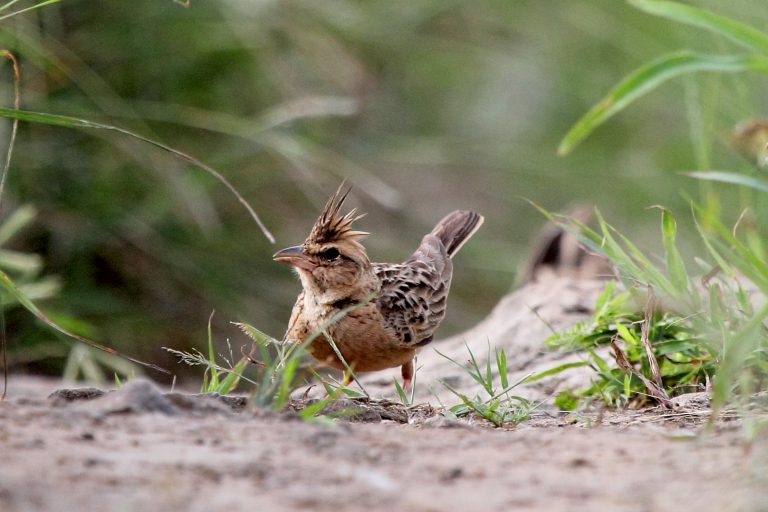 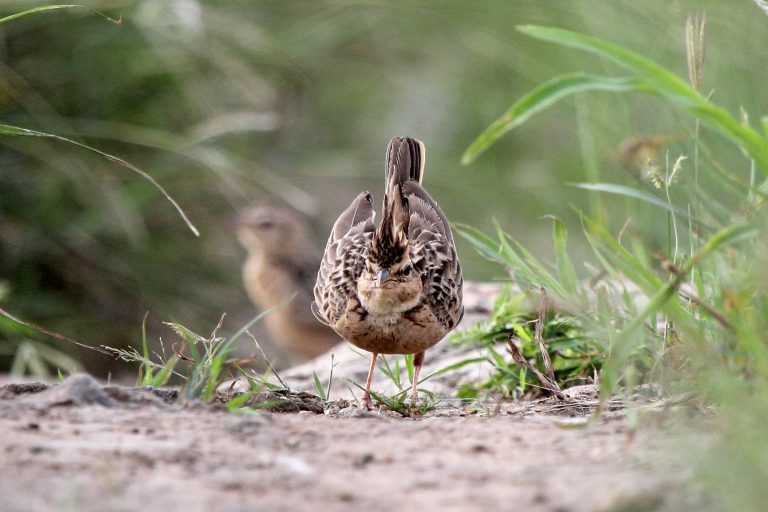 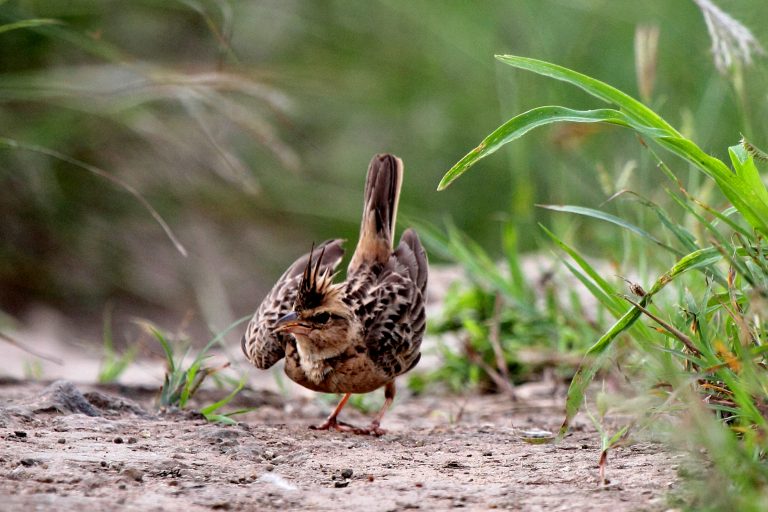 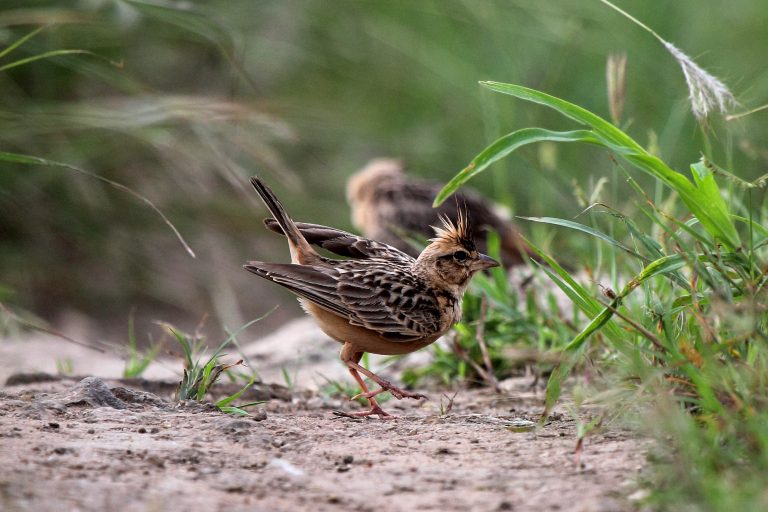 During the breeding season between March and September, males display around their territories by becoming more “aggressive and vocal,” said Joshi. They sing while flying, or when perching low, seeming to “show females where they can make their home,” according to Joshi. As soon as a male spots a potential mate, he fires off his entire vocal repertoire in an excited recital — a song that contains bouts of mimicry interspersed with species-specific vocalisations.

“The drongo and shama also mimic other birds, but they mimic three or four species in one song,” says Joshi. “The Sykes’s lark can mimic 15-20 species in one minute! That is really unique”.

The Sykes’s lark matches its song repertoire to its acoustic environment, something also seen in other larks. Joshi takes it a step further. “Listen closely to a Sykes’s lark, and you can generate a checklist of the songbirds found in the area,” he says. Whether the frequency of a particular model in the lark’s call reflects the actual numbers of the model in the environment remains to be seen.

Apart from gleaning information through Joshi’s well-trained ear, co-authors Taylor Crisologo and Sahas Barve from Cornell University analysed spectrograms of the bird calls. These graphical representations of birdsong can be compared using specific parameters, giving an objective touch to matching mimicked sounds to potential models. The analysis showed that the Sykes’s lark mimic call was indistinguishable from the common babbler’s original call; there was also high resemblance with the black drongos and red-wattled lapwings.

“This lark mimicry seems to fall into a group of mimicry where it does not matter much what the bird is imitating,” said Eben Goodale, a community ecologist at the University of Guangxi, China. “Such species are thought to mimic for sexual display reasons. Perhaps females choose males on the diversity of their singing repertoire, and mimicry is a way to increase that. The overall ability to mimic other sounds might be a good indication of the development and cognitive abilities of the birds.”

No two calls were the same; even individuals found close to each other mimicked similar species but had their individual flourishes. One particularly enterprising individual, whose voice Joshi recorded close to an agricultural field, produced a shepherd’s tuneful whistle. Another mimicked the Indian palm squirrel. “I even heard a lark mimic a motorbike horn once, though I couldn’t record it,” he said.

“Differences between individuals could show that mimicry is difficult, and time-consuming to learn. And thus the females, by choosing a male with good mimicry, choose one that’s survived long or has good abilities,” said Goodale.

The Sykes’s lark is found in large numbers in central and western India, and is currently considered to be a species of “least concern”. But, its taxonomy remains unclear, points out Sahas Barve. “Based on the divergence time estimates and the level of divergence between the Sykes’s lark and other larks of the genus Galerida, some researchers believe that Galerida deva might have diverged enough to be placed in its own genus,” he wrote in an email to Mongabay. “However, genetic techniques have now given way to genomic techniques, and the next round of analyses will hopefully resolve this question.”