Getting to know the Nilgiri Marten, a rare small mammal from the Western Ghats

In Idukki district in Kerala, inside the Munnar Wildlife Division is the Pampadum Shola National Park. Its undulating terrain, filled with the shola grasslands and temperate forests trees, forms the ideal habitat for several animals endemic to the Western Ghats, One of them is the Nilgiri marten. Belonging to the same family as the badgers and weasels, this Indian mustelid is a small carnivore, found exclusively in the Western Ghats. It is about 50-70 cm long and dark brown in colour, with a distinct lemon yellow coloured patch on its throat. Scientific estimates limit its population to a mere 1000 individuals.

Not only is the Nilgiri marten rare, it is also insufficiently studied. The animal’s cryptic nature makes it particularly hard to observe and study. Recently however, a group of researchers from Kerala have attempted to observe the Nilgiri marten in its natural habitat and study its behaviour, feeding habits, social interactions and several other aspects of its daily life. They have published the outcomes of this study in the Journal of Threatened Taxa.

Between October 2013 and October 2015, the scientists made weekly visits to the Pampadum Shola National Park, trying to look for the Nilgiri marten from dawn to dusk. Over the two-year period they spent close to 1500 hours in the field and made 42 independent sightings. Most of these were brief encounters, with the longest one lasting only 3 minutes.

In more than half the sightings, the martens were seen in a group of 2-3 members. “This is contrary to the current understanding of the social behaviour of Nilgiri marten, where it is primarily considered as a solitary animal,” write the scientists in their paper. In fact, one of the “most memorable moments” from the entire duration of the field study was when they “sighted a triplet of martens, which has been hitherto unreported,” said, P O Nameer, professor and head of the Centre for Wildlife Studies, College of Forestry, Kerala Agricultural University and lead author of the study.

They found the animal to be active throughout the day, but highest activity was noted between 9 and 11am in the morning and again in the evening between 3 and 5 pm.

One of the things the scientists tried to study during these field expeditions is the feeding pattern of the NMs. In one case, they saw the animal consuming a mouse deer, which is a small herbivorous animal. It is also feeds on other small herbivores like hares and rodents, thereby helping in regulating their population. A detailed examination of their scat revealed that 90% of it was constituted of hair, nails and bones of small mammals. Interestingly, it also contained some seeds. This shows that a small part of their diet is plant-based and that they also help in seed dispersal.

Owing to its contiguity with adjacent protected areas including the Kurinjimala Wildlife Sanctuary, Anamudi Shola National Park, and Eravikulam National Park in Kerala and the Grass Hills in Tamil Nadu, the Pampadum Shola is a great habitat for the Nilgiri Marten, and perhaps for several other animals in Western Ghats. However, the scientists also raise a concern about the black wattle plant (Acacia mearnsii) growing in some parts of the Pampadum Shola, which diminishes the quality of this habitat. 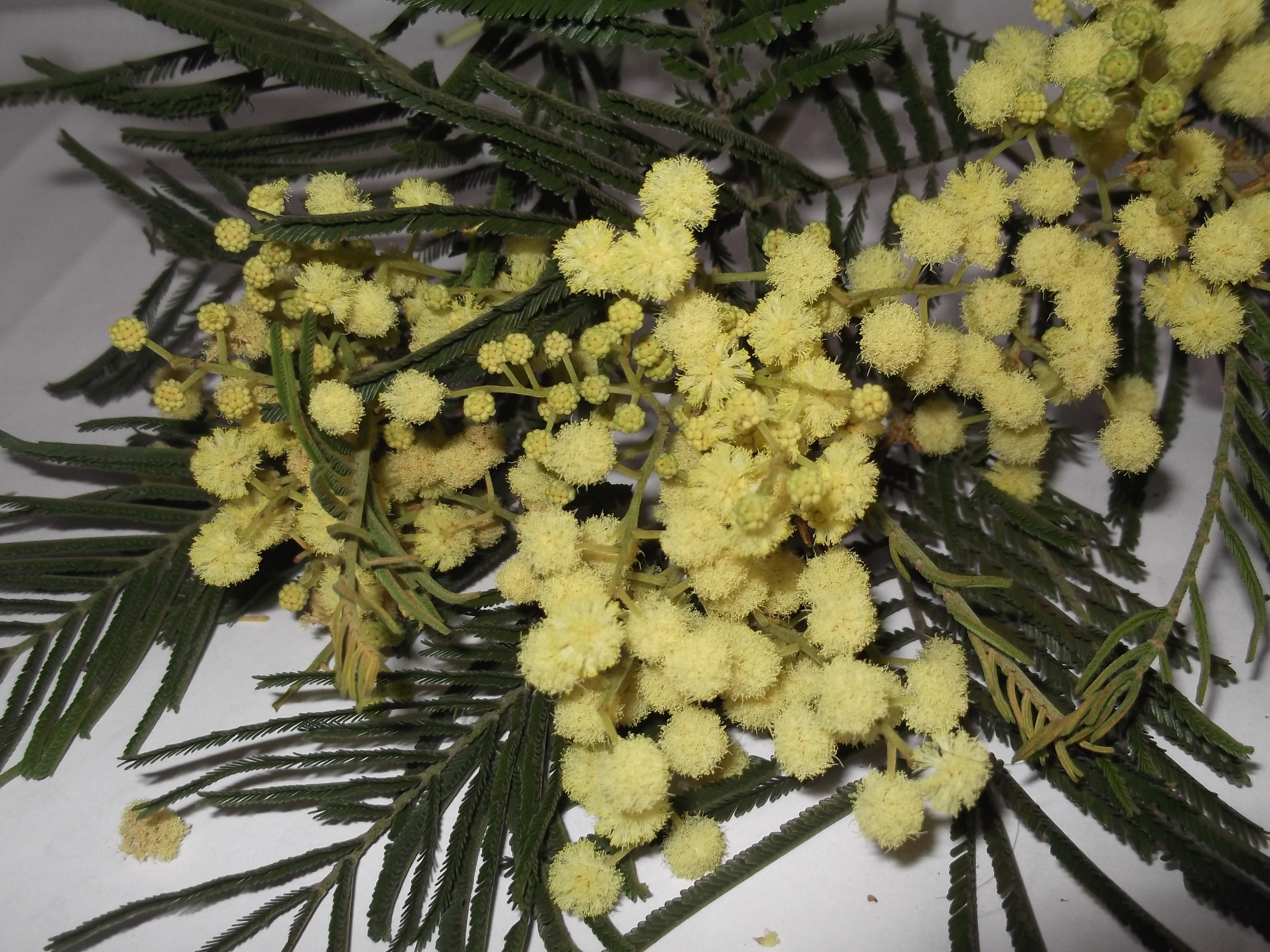 Flowers of the black wattle. Photo from Wikimedia Commons.

The other threat that these pristine habitats face is from the numerous ecotourism projects being planned in the area. There is no point in keeping all our wilderness away from the general public. However, what is happening now is “unregulated mass-tourism and which is dangerous and would deteriorate the natural habitat quickly,” said Nameer. Tourist inflow needs to be regulated urgently, based on studies that measure the carrying capacity of these habitats.

Nameer and his colleagues’ work on the Nilgiri marten is “interesting”, said Divya Mudappa, a scientist at Nature Conservation Foundation, who also studies animals in the Western Ghats. “It is the only way we can add to our knowledge about a species as elusive as the Nilgiri Marten. We will have to make sense of some of its ecology from the fleeting observations, and put all that we know together. Or let it remain a mystery,” she added.

In future, Nameer hopes to study the Nilgiri Marten in further detail as, “we still know very little about the biology of the elusive animal,” he said.