They show sea life on the sea shore

The smell of sea hangs thick in the air as we gather round and listen to the dos and don’ts. “Don’t pick up anything even if it seems beautiful,” Sejal Mehta tells a motley group of students and professionals. “It might sting you and you might die.”

We have assembled to spot wildlife in a metropolis where the uninitiated might not expect to find any. After all, the city of dreams, Mumbai is famous for its Bollywood ‘stars’ – not the stars that live or wash up on its shores. The city is better known by its dabbawalas clad in white than the otherworldly creatures decked up in shells or tentacles. But this is why we are here. A citizen science initiative called the Marine Life of Mumbai has organized a shore walk to bring the city’s most underrated stars into the spotlight.

Mumbai’s unexplored shores have more than 50 species of crabs, Pradip Patade, the co-founder of Marine Life of Mumbai, tells me. Patade’s day job as a watersports instructor had primed him to launch the initiative. Every day at work he would come across creatures of all sorts on the beach and in the open waters. But 2013 became a turning point for him.

Patade was on lifeguard duty when several people were stung by stingrays, which come to shallow waters to give birth and sting when stepped on. Patade, shocked by the lack of knowledge about these animals, wanted to do something. So, he started sharing his marine finds on Facebook. Years later, the naturalist teamed up with two researchers and thus, Marine Life of Mumbai was born in February 2017. It started out as an online repository of information but then Patade and his team thought that taking people along on walks would make more of a difference.

Two years and several shore walks later, Marine Life of Mumbai has filed 1300 records of 315 species on the citizen science app iNaturalist. Meanwhile, its band of volunteers has continued to expand. The volunteers help out as resource persons for the walks, Patade says, or with identifying species, writing content for social media, and running the website.

Writer and editor Sejal Mehta has been contributing to Marine Life of Mumbai for over a year. The intertidal zone, exposed at low tide, was completely new to her when she joined. Until then, Mehta’s notion of sealife was “dolphins and whales.” Today, she is introducing us to the intertidal zone and its denizens — with metallic sea stars dangling from her ears. 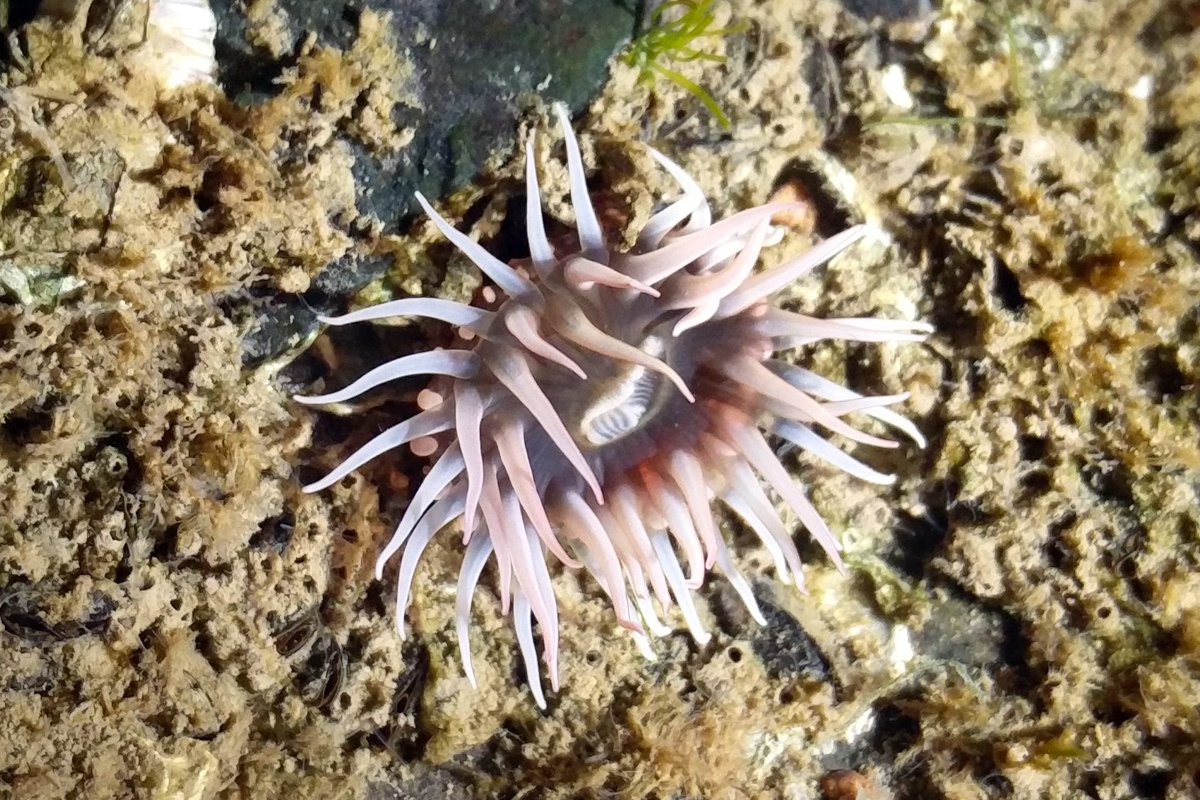 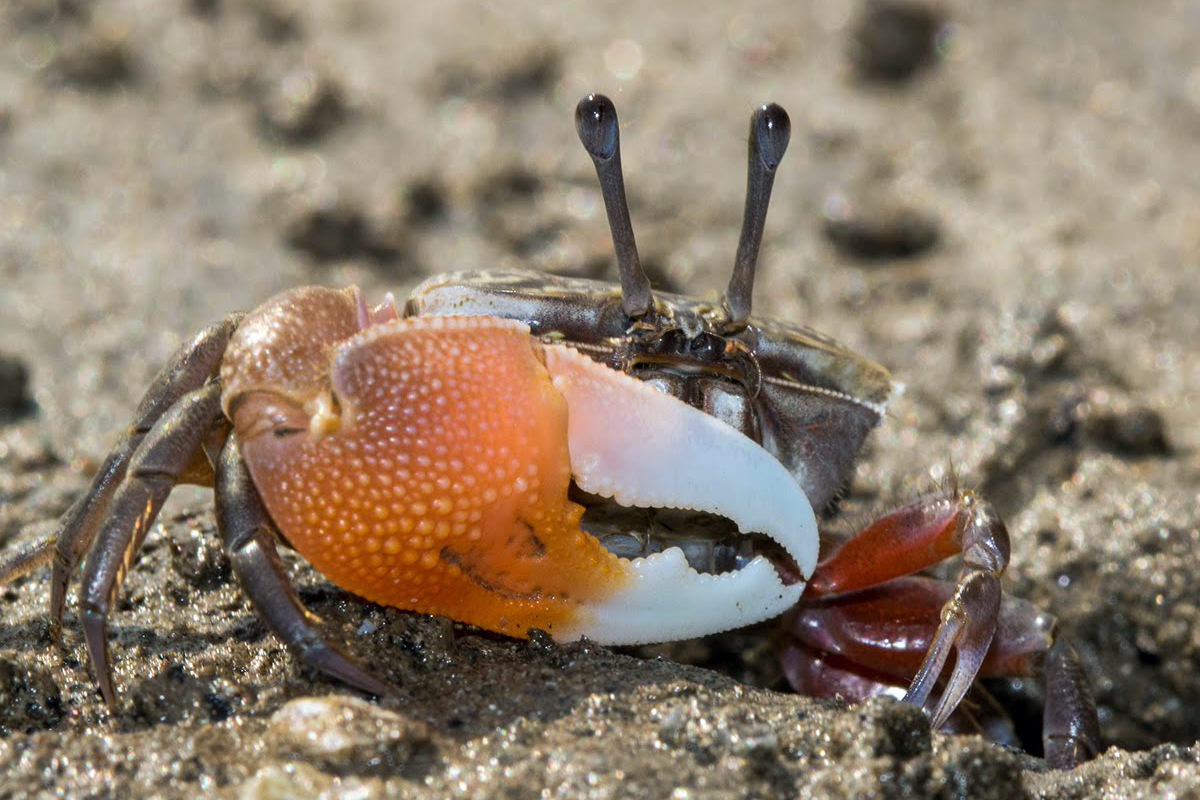 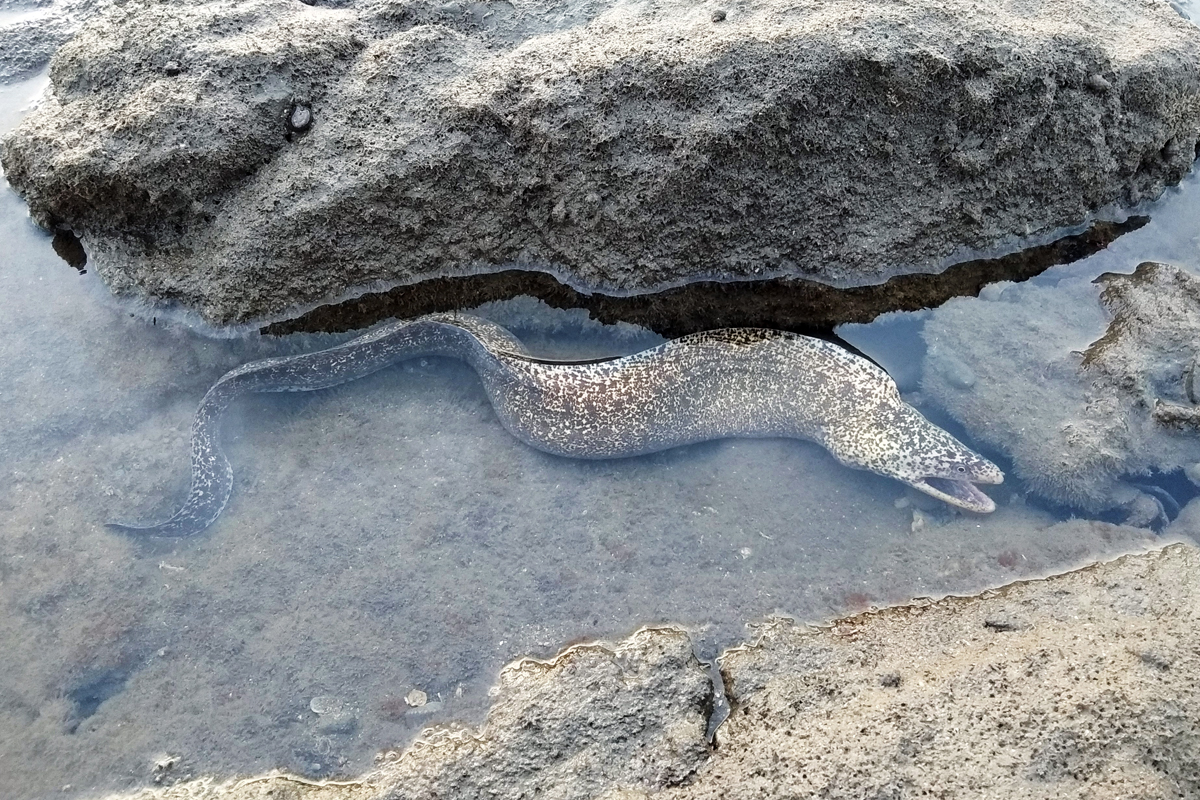 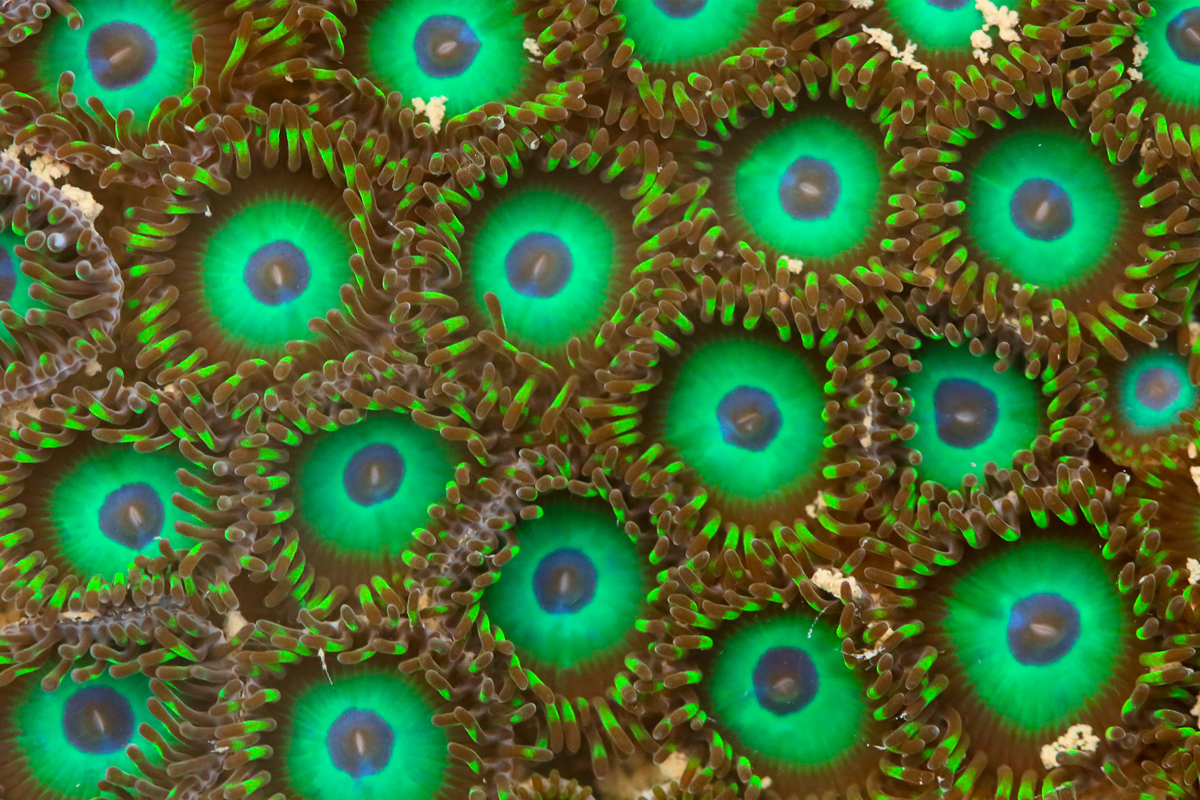 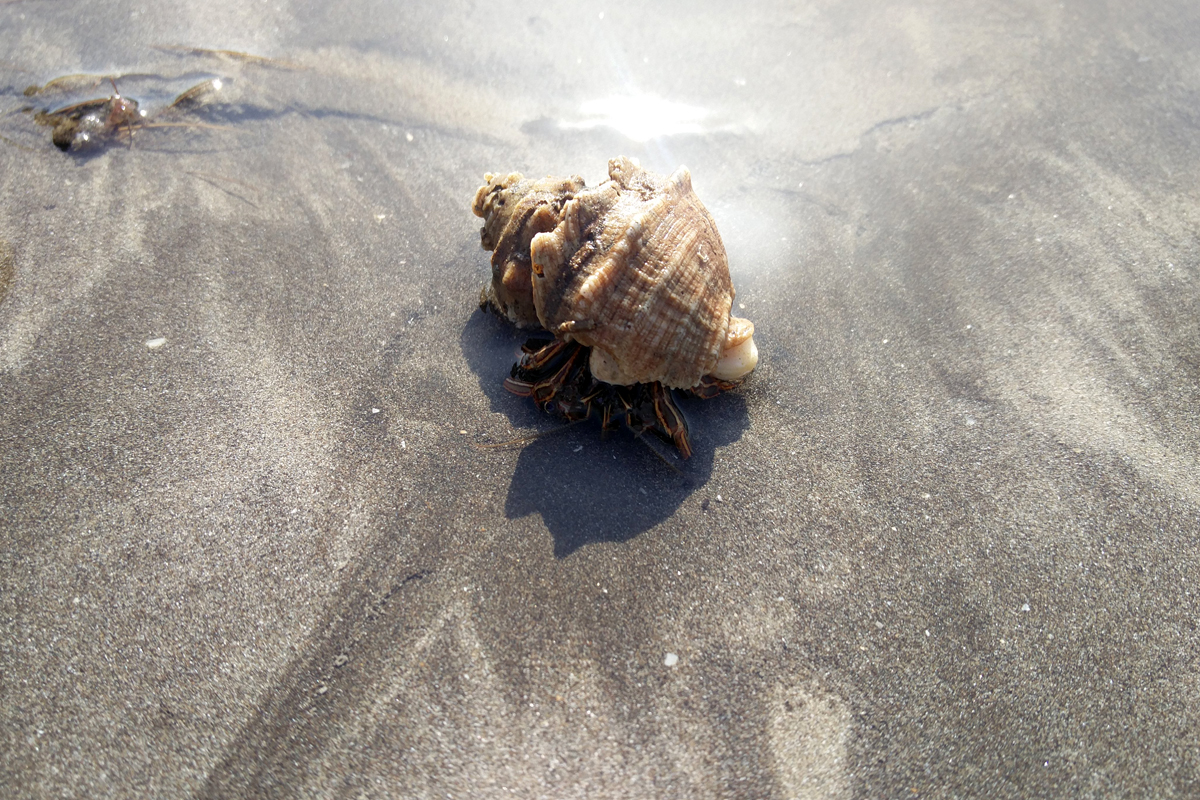 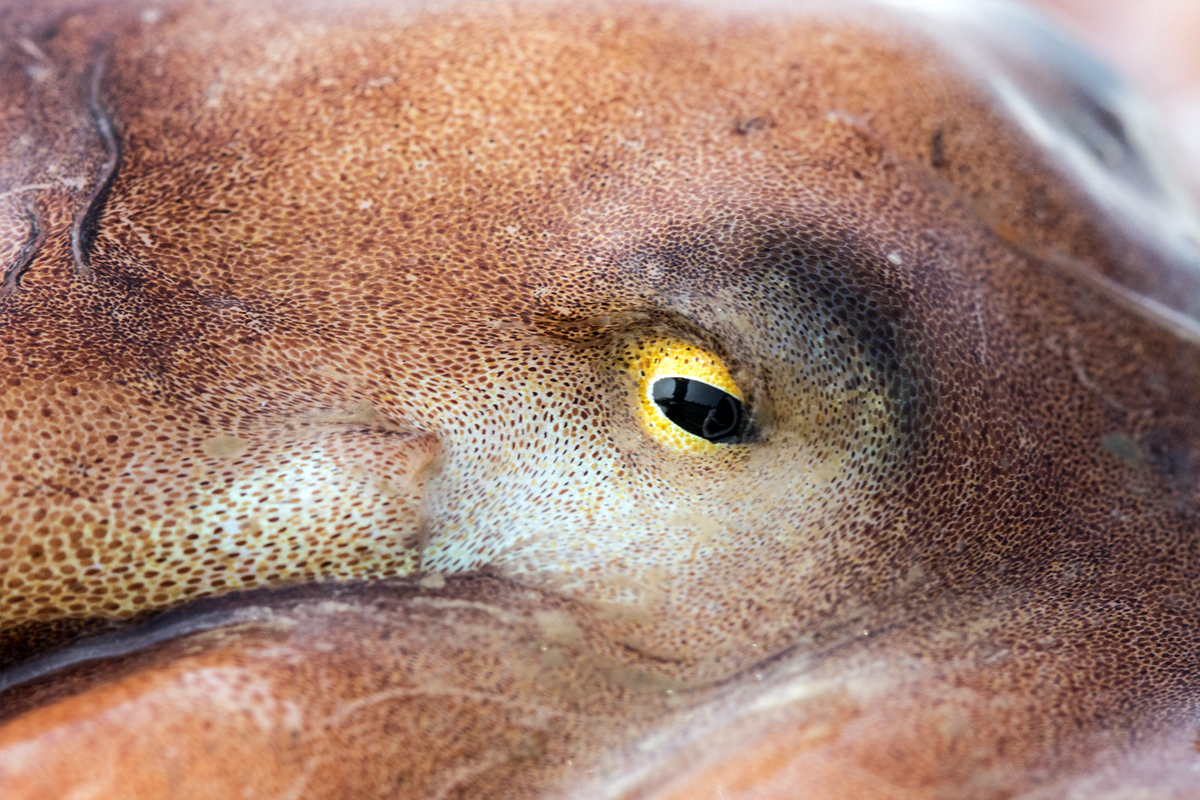 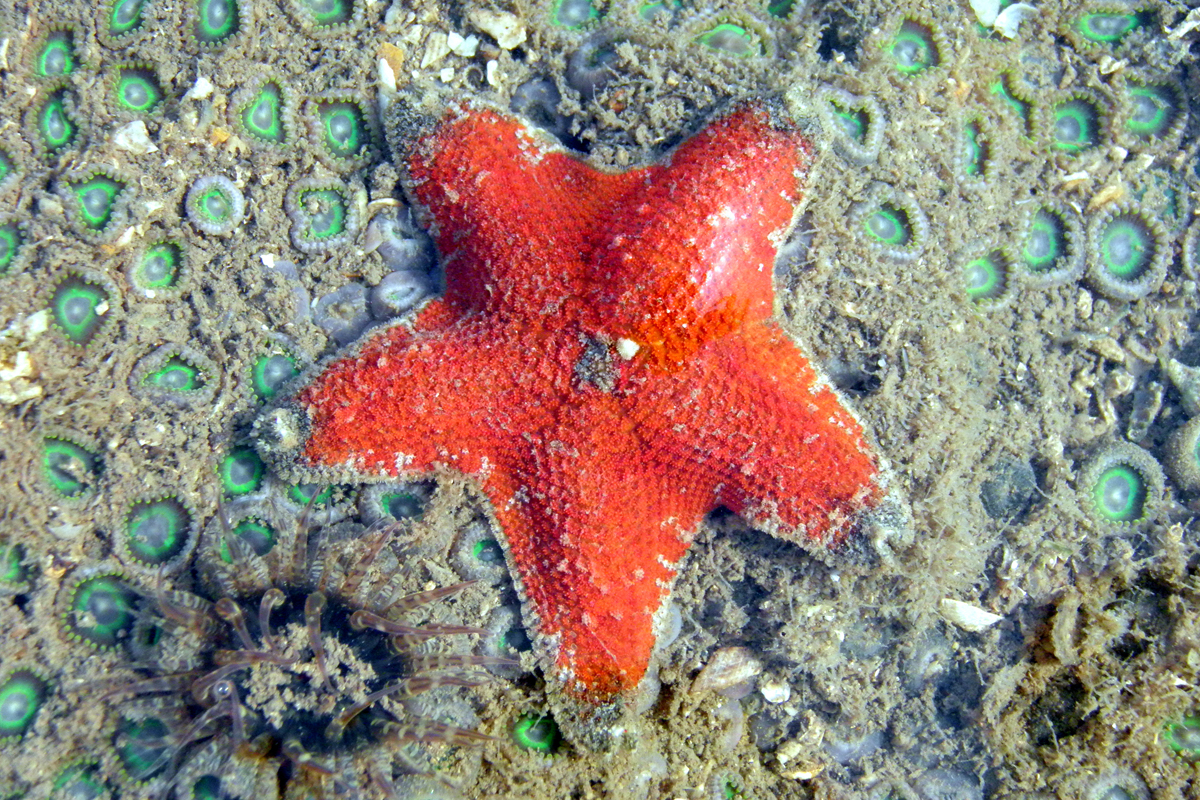 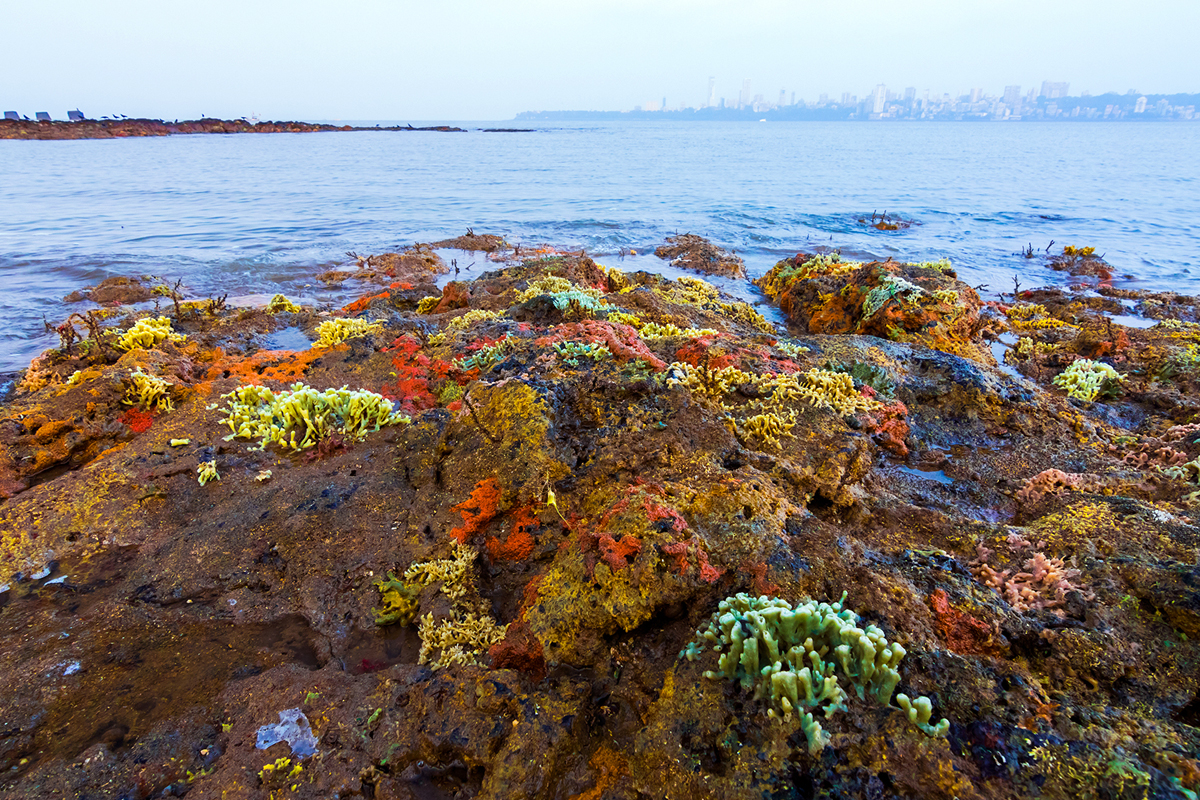 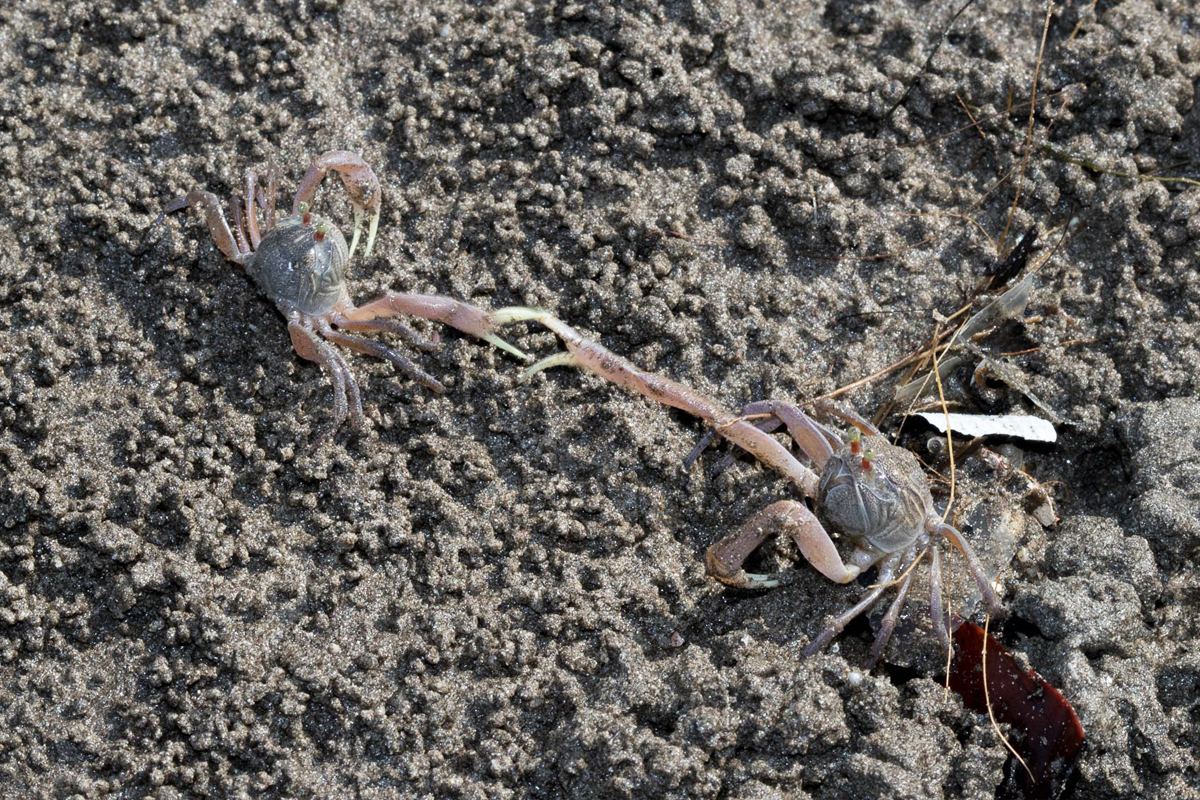 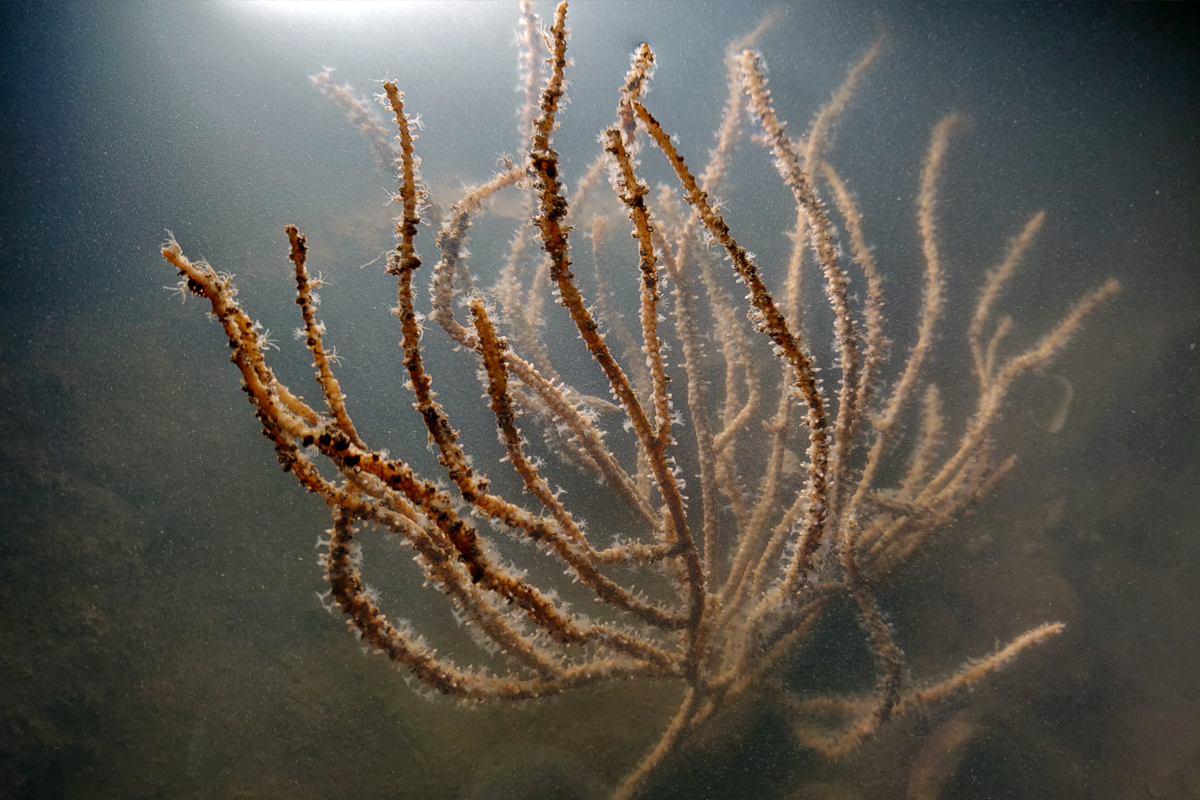 Life on the city shores

Mumbai’s coastline has a variety of habitats – sandy shores, rocky shores, mudflats and mangroves, Mehta tells us. Juhu beach, where we are, has three of these – sandy, rocky and muddy – along its six kilometre stretch. I am thinking we are in for a treat when Patade hints at the unpredictability of wildlife. You don’t always see a tiger on a tiger safari, he quips.

Just moments later, though, he points at what looks like abstract sand art. Tiny orbs of sand are strewn all around us, some stacked atop each other into miniature sandcastles. The work of sand bubbler crabs, which live in burrows and come out to feed at low tide, we are told. The orbs and castles that dot the beach are essentially sand grains that the crabs have filtered for nutrients.

We didn’t see the crabs as they remained hidden in their burrows – thanks to the big friendly giants walking overhead. But now, it became impossible for us to walk without thinking of the many lives in the sand below our feet.

As we try keeping up with Patade, we spot a pile of hermit crabs arguing over shells. When a hermit crab grows out of one shell, it has to find – and often fight – for another, bigger shell. The shell it abandons becomes available for a smaller hermit crab to move in. But without one, this soft-bodied crab is seafood for the hungry crows and shorebirds lurking nearby. Empty snail shells are prime real estate here, we realise as we leave the hermits to themselves.

And soon, we chance upon a sea anemone. It would fit on the palm of your hand, except that stinging cells line its tentacles. Waves come and go but the anemone remains firmly anchored to the spot – only its tentacles dance in tune with the ebb and flow. Some anemones form symbiotic associations with other animals such as hermit crabs, Mehta volunteers. But the most amazing thing, she says, is that they can multiply by splitting into two. Anemones can also reproduce sexually.

Mumbai-based photographer Pratha Narang says she didn’t know that a stone’s throw from her home, you could find so many small and wonderful creatures. “I was overwhelmed by their presence.” Other participants echo this. Teacher Kapil Joshi says he was amazed by the knowledge of the Marine Life of Mumbai group. “I am going to share it with my students at school.”

As the tide returns, we reluctantly leave the company of the weird and wonderful behind. No one was bitten or stung but we all left starstruck, as it often happens in Mumbai.