Periyar Tiger Reserve, a trendsetter in converting poachers to protectors

Then a range forest officer with Periyar Tiger Reserve (PTR) in Kerala, Raju K. Francis still remembers that distant afternoon in 1994, when he arrested elusive forest brigand Aruvi from a hideout near an ancient cave in Theni district of Tamil Nadu, where local gangs used to hide smuggled sandalwood. Aruvi was the leader of a 23-member team of wildlife poachers and sandalwood smugglers operating from K.G. Patti, Varusanadu and Lower Gudalur regions of Theni, which were around 20 kilometres from PTR.

“In those days, the forest fringe Theni villages, comprising traditional hunters and poachers, posed a huge challenge to forest management not only in PTR but also in other forest regions of Kerala’s Idukki district. They had even targeted Marayur, the lone sandalwood reserve of Kerala. They knew every nook and cranny of the remote forest stretches and the officials who land in the difficult geographical terrains of Idukki often faced difficulty in nabbing them,” said Francis, presently a divisional forest officer-in-charge of forest flying squad in Kochi.

When Aruvi was nabbed along with one of his accomplices, Francis asked him why continued forest plundering activities despite there being a number of criminal cases pending against him. Aruvi’s answer was simple and thought-provoking. “Loss of livelihood and criminal stigma attached to our clan by the officials over the years are forcing us to engage in such illegal activities. We are ready to lay down the arms if you are ready to give us decent jobs which can ensure a stable monthly income,” he said.

The now-celebrated participatory forest management initiative, involving traditional forest dwellers and local indigenous communities, was at that time only at the ideation stage at the national level. Francis and his then-boss Pramod G. Krishnan, now chief conservator of Kerala forests, had started probing for models to be emulated to rehabilitate Aruvi and his team. But there was no successful forest management scheme, involving the rehabilitation of former poachers and timber smugglers, anywhere in the country at the time.

Based on several rounds of consultations with department officials and forest experts, the two officials and the “Cheetah squad” under them had finally prepared a rehabilitation project forcing the entire gang of Aruvi to surrender. There began the inspiring story of Vidiyal Vanapathukappu Sangam, the country’s first eco-development committee constituted solely of former poachers and sandalwood smugglers. Incidentally, the Tamil world Vidiyal stands for “new dawn”.

“It was indeed a new dawn in our lives which were hitherto trapped between illegal activities and long jail terms. Seventeen years have gone since Vidiyal was formed and it gave new meaning and newer dimensions to our lives. We are doing respectable jobs now and we are not getting treated as criminals,” said M. Nallamayan, a reformed poacher.

“Though Aruvi was expelled from the group a few years later, after engaging in timber smuggling activities, Vidiyal has turned into a huge success. The model ensuring steady income to the involved families by making them part of conservation and ecotourism activities was replicated in many tiger reserves and sanctuaries later. The number of team members has reduced from 23 to 17 but the team has ensured that there is no poaching and timber smuggling happening in PTR and nearby forests like the sandalwood reserve of Marayoor. The team’s remarkable achievement was in making Marayoor sandalwood reserve a completely smuggler-free one,” said Francis in an exclusive interaction with Mongabay-India.

Now, the Kerala forest department is producing a short film named ‘Vidiyal’ in which the experiment gets a movie version. Francis is directing it and some of the reformed poachers and tribal watchers are acting as Aruvi and the team members. According to Pramod G. Krishnan, the project would not re-admit anyone who engages in any kind of criminal activity. So Aruvi still remains an outsider of the project, despite his attempts to return to the initiative.

“The project has proved that no prison is required for reforms. All these 17 persons and their families had given us clear intelligence to nab the rest of forest plunderers in their locality. As they knew the forest geography more than us, they ensure foolproof combing operations even now. They spoiled many timber smuggling and poaching activities other than helping us to detain the culprits,’’ said Krishnan. They are now guarding the same woods which they once stole from, Krishnan added.

According to Nallamayan, he had several years of a dubious track record in hunting a number of wild animals which include tigers, different kinds of langurs, gaurs and deers. He was also specialised in smuggling valuable timber like sandalwood and rosewood. Each of the 17 members of the Vidiyal team had three to twelve cases of poaching and timber smuggling pending against them while they were surrendering.

According to Francis, the group was initially sceptical about the intentions of the forest department when it spoke of the need to rehabilitate with proper earnings. It was difficult for them to believe that the cases against them would be dropped.  But continued persuasion prompted the gang to surrender their guns and other tools.

“We thought initially that the officials were trapping us by making a false promise. But after a few rounds of talks, we were able to feel the good intentions and convictions of these officials. They even disregarded objections from certain senior forest officials of Tamil Nadu who preferred our arrest and incarceration,’’ remembered another member of the group Mahamayan.

“The feedback from Tamil Nadu was not encouraging. Officials there told us that the caste to which all these persons belonged was known for thievery over generations. They said these people will not change. But we took the group in confidence,” recalled Francis. 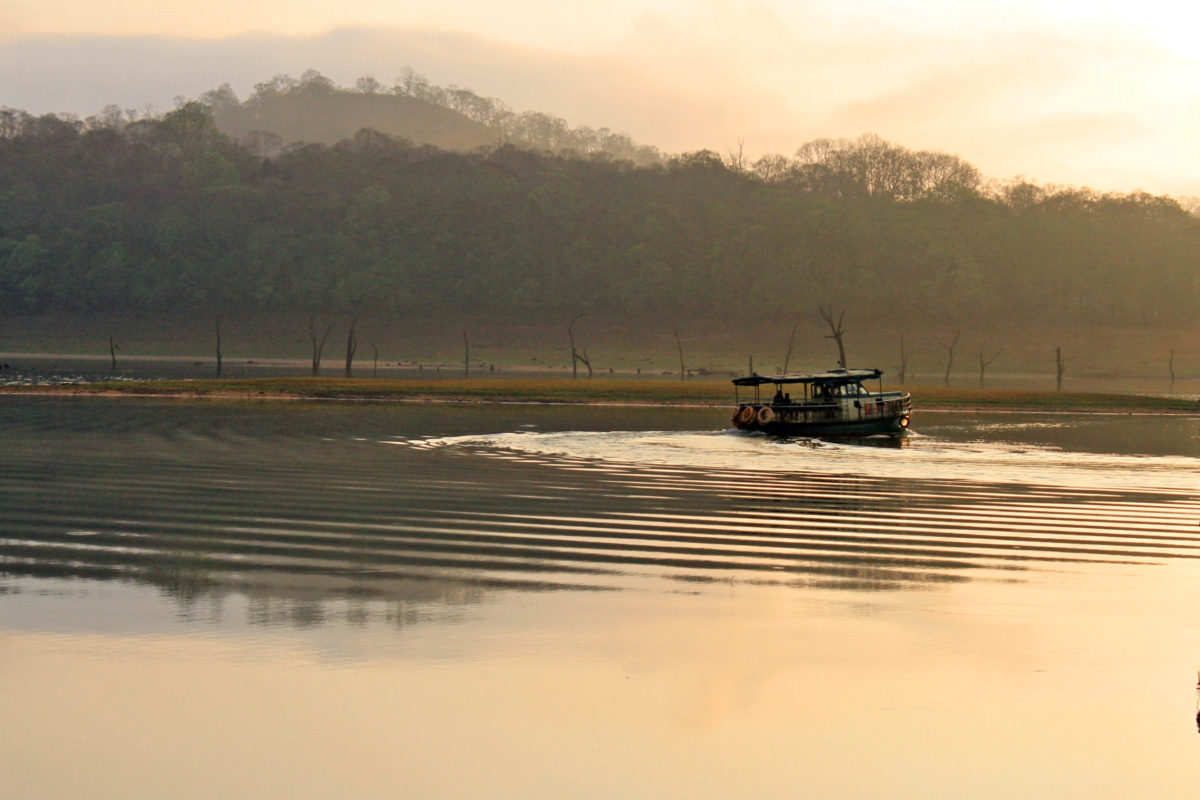 The journey from poachers to tourist guides

All the group members were initially subjected to a three-month long training programme. They were taught the importance of conservation. Now a close-knit entity, the Vidiyal team has a powerful intelligence network spread in both Idukki and Theni districts, helping them to gather information on poachers and smugglers. They helped crack over 230 cases of poaching and smuggling in PTR alone in these years.

Inside PTR, they are also working as tourist guides and elephant safari providers. They also engage in night-time patrolling and special anti-poacher activities.

Every month, they work for 26 days for a gross salary of Rs. 22,000. The Periyar Tiger Foundation which operates eco-tourism in PTR is providing them with raincoats, sleeping bags, uniforms and umbrellas. In the famous Thekkadi Lake inside Periyar, they manage the bamboo-rafting activity.

“After getting a steady monthly income, they started sending their children for better education. Now there are postgraduates among the children of this group. Education is helping their new generation to keep themselves away from poaching,” said Francis.

“One among the risky jobs undertaken by the gang was the arrest of notorious forest thief Palappetti Murugan, who was returning from Rameswaram after a pilgrimage with AK 47 gun,” remembers Francis.

The “Periyar model” has since been replicated in many other tiger reserves and sanctuaries. In Parambikulam Tiger Reserve of Kerala and the adjacent Anamalai Tiger Reserve of Tamil Nadu, local tribals have since become part of the Social Tiger Protection Force. Constituted of former poachers and timber smugglers, they are effectively combating forest and wildlife-related offences. There are seven eco-development committees functioning in Parambikulam alone and they are serving the restricted and regulated ecotourism needs and looking after the livelihood of tribal people.

The model has also been replicated in Manas National Park of Assam, where agitators for a separate Bodoland had caused severe danger to wild animals, mainly rhinos. Committees comprising reformed poachers have been formed and they are now protecting the sanctuary well. Many experts have praised Periyar as a model worthy to emulate in other forest areas of the world.