Crocodiles, (largest) coal mine and (ignored) carbon sink: Multimedia stories we told in 2021

by Kartik Chandramouli on 27 December 2021

In 2021, we expanded our storytelling formats to bring you more stories from nature’s frontline in India. With the help of our vast network of contributors, Mongabay-India used various media – videos, animations, illustrations, and maps – to make India’s environmental stories reach newer and broader audiences.

We documented stories of a lesser-known but widely used mineral and the anxieties in India’s upcoming and largest coal mining block. Our videos humanised the stories of grassland loss and showed us a town surrounded by protected areas, and frequented by large mammals. Twenty-five artists added colour to hopeful stories of wetland conservation. We also explored new formats with animated videos featuring migratory grey wagtail in Valparai and mugger crocodiles living close to humans in Charotar. The latter also got us recognition at the Jackson Wild 2021 international film festival.

In 2022, Mongabay-India will continue to bring multimedia stories for its ongoing series Beyond Protected Areas, Just Transitions, Clean Energy and more. We’ll also produce more reports with maps and visualisations in collaboration with Technology For Wildlife. Our team is also creating a special podcast series on India’s clean energy sector. Stay tuned!

The invisible impact of mining on women

Mining impacts communities and the environment and also provides livelihood to many. But the negative impacts of mining on women remain invisible to most.

Forests of faith face encroachments and invasive species in Punjab

The north-India state with a tiny fraction of natural forests is home to sacred groves – small patches of forests revered by communities. These habitats host several local and native flora and fauna. But their condition needs urgent attention.

How does sand mining erode lives and the environment?

Sand, a natural resource that seems abundant and often ignored, is the second most extracted, just after water. Excess extraction of sand from lakes, riverbeds, deltas and shores has destroyed habitats, changed the course of rivers, eroded banks, and swallowed up villages in India and worldwide.

From pollution to power, what stops paddy straw from becoming the fuel of choice

Every year, farmers in Punjab and Haryana burn paddy stubble left after harvesting rice to save time and prepare the field for sowing wheat. One of the solutions to utilise the straw and prevent burning is to produce electricity at biomass power plants. But the plants are facing operational challenges besides stiff competition from solar and wind energy.

A non-profit Parmarth Samaj Sevi Sansthan, has created a network of women water warriors, Jal Sahelis, in Bundelkhand. The initiative facilitates women like Ganga and Babita to lead their villages towards water security. 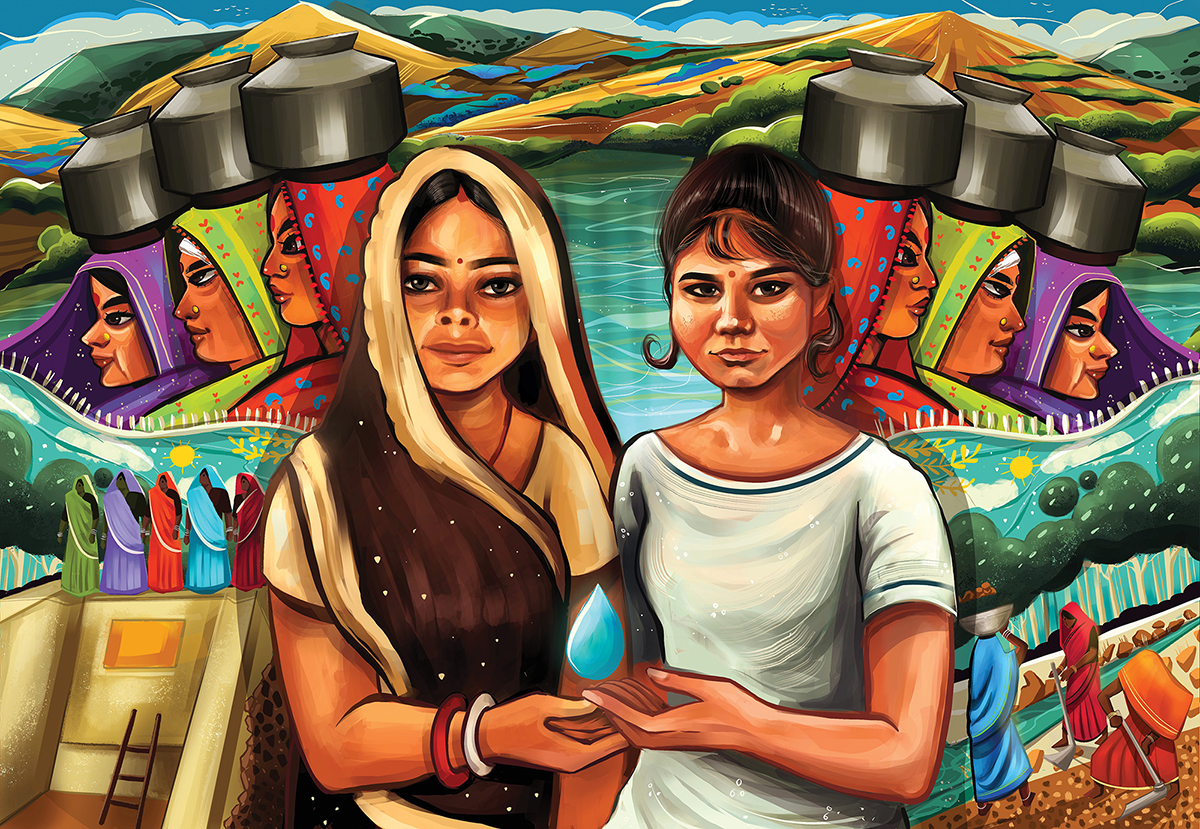 A to Z guide to Bengaluru’s lakes

Indian cities are not typically imagined to be biodiversity hotspots, and aspects of urban ecology often get missed in public conversations about the city. Through a set of illustrations, we examine the components of Bengaluru’s lakes and get a glimpse of what lies and survives amidst concrete layers in India’s metros. 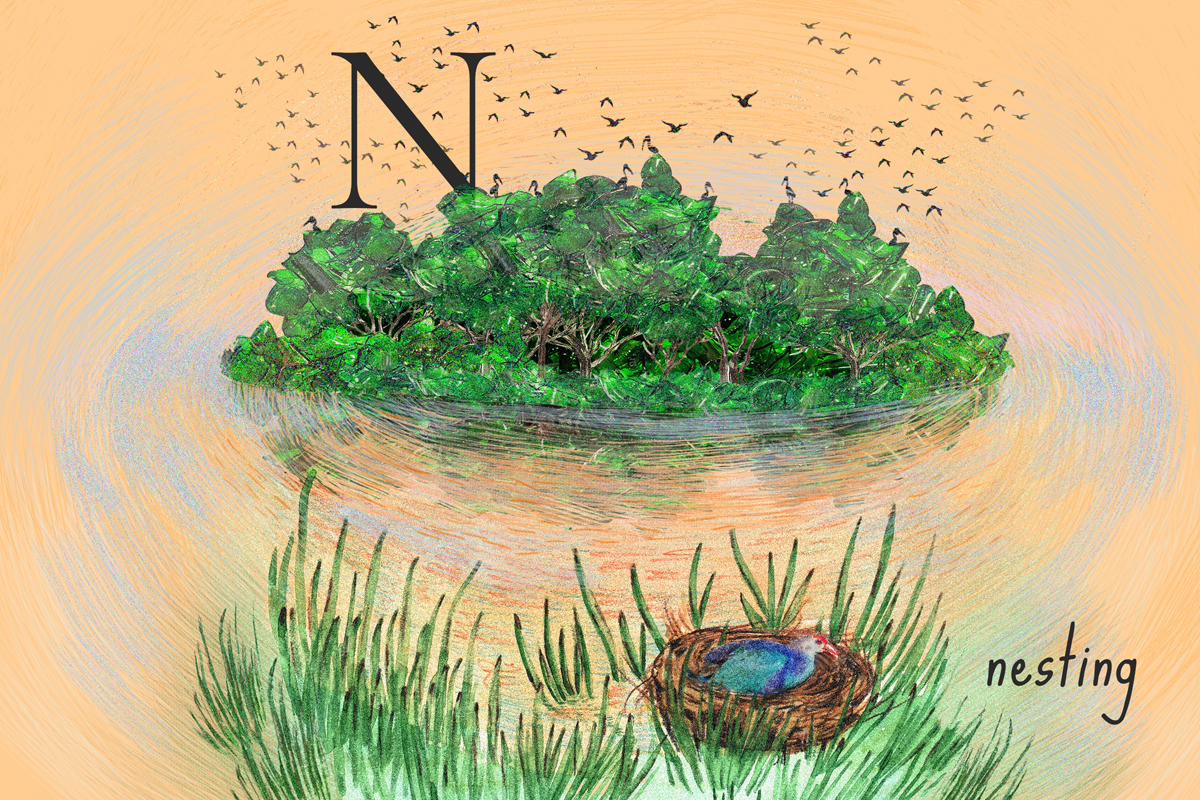 With India’s largest coal mining project slated to come up in Deocha Pachami, West Bengal, approximately 21,000 people will need to be relocated and rehabilitated. However, the local people are anxious and uncertain of the transition as their jobs, homes, and way of life are at stake. 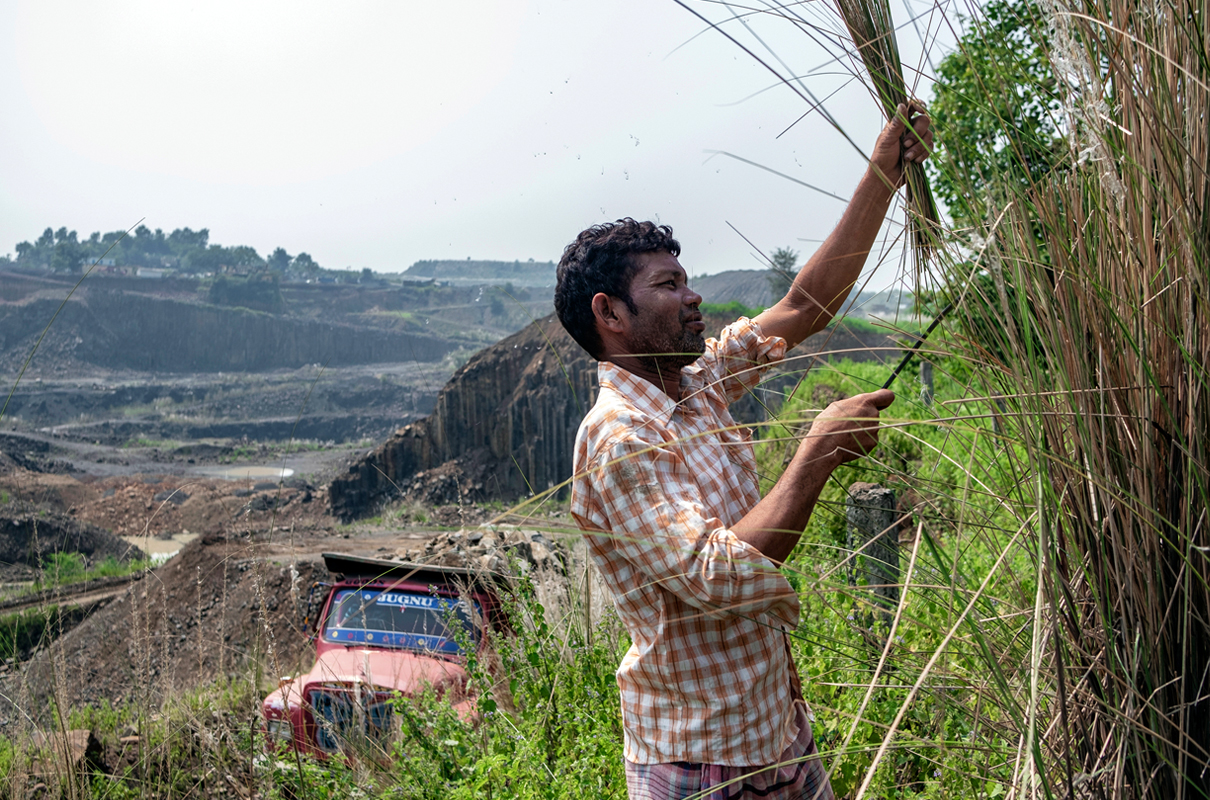 A mugger crocodile on shared space, fear and future

Freshwater crocodiles or muggers have been living close to humans in Gujarat’s Charotar region for decades. By understanding the animal and maintaining a respectful distance from it, the people of Charotar have managed to ensure peaceful coexistence with the large predator.

Phayre’s leaf monkey, a goggle-eyed primate species, feasts on leaves of a wide variety of plants. In Tripura’s Sepahijala Wildlife Sanctuary, one of the few places where one can spot the monkeys, the animal has developed an affinity for rubber leaves and twigs in the commercial plantations in and around the protected area.

In an Indian town surrounded by national parks and sanctuaries

Once a highland where wildlife took shelter from floods, the growing town of Tezpur along the Brahmaputra river in Assam sees regular interactions between large mammals such as rhinos, tigers, elephants and humans.

Banner image: A boy sitting at the office of the Adivasi union committee in Birbhum district, in West Bengal, the site for India’s largest coal mine block. Photo by Subhrajit Sen/Mongabay.