by Team Mongabay-India on 3 February 2022

From the time India announced an ambitious renewable energy plan in 2015, there has been a series of reports about millions of jobs that the clean energy sector can create. Renewable energy jobs are claimed to embrace the shifting millions, involved directly or indirectly in the coal sector. The transition is far more complex than it appears.

A World Economic Forum (WEF) report said India’s shift to a net-zero economy could contribute more than “$1 trillion in economic opportunity by 2030 and create 50 million jobs by 2070”. But who gets these jobs and benefits from them? Mongabay-India’s fifth webinar aimed to discuss questions about jobs that the transition to clean energy will generate and understand the rights of the workers involved in the sector. 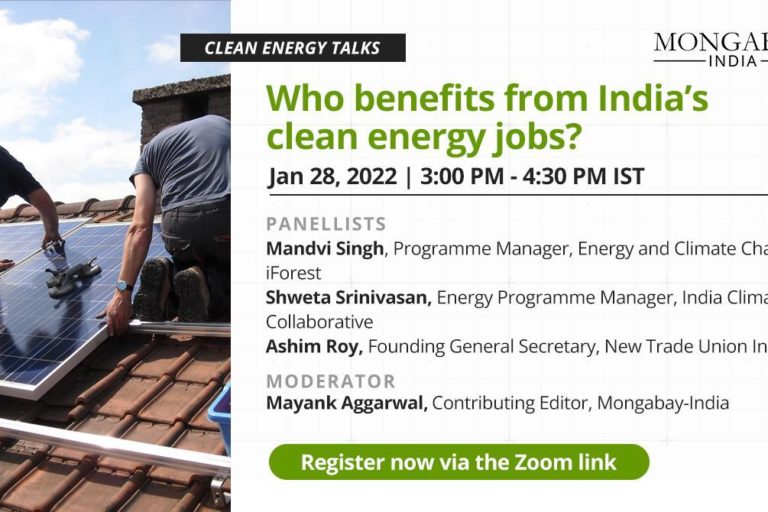 Studies have identified that renewable energy jobs may not always be a local option for fossil fuel workers as the region where each is based may not be the same.

In the webinar, panellists discussed whether fossil fuel workers will benefit from clean energy jobs or will the transition mean contractual jobs for a new workforce.

Read more: The balance between jobs in the renewable energy and fossil fuel sectors could play on India’s energy transition