It’s a scorching day in June, and Mohammad Mudasir Bhat, the person responsible for the Wildlife Control Room in Kashmir’s Shopian division, is out in the dense apple orchards, in search of a black bear. A team of trained rescuers, armed with tranquilising guns, accompany him. The black bear has attacked four people in the area in one day.

On June 24, around 4.50 am, Ghulam Hassan Wani, 54, from the village of Tahab in south Kashmir, was attacked by the bear, when he was returning from prayers. “The incident happened instantly, and I did not have time to call for help. I fell unconscious,” Wani said, adding that he made his way home once he gained consciousness, and was taken to a nearby hospital.

In the next few hours, three other men from Tahab were attacked by the bear. People now fear venturing out of their homes, and villagers believe the area is witnessing its first cases of human-animal conflict in nearly 40 years. “The last time a bear was sighted in this village was in 1978,” Wani told Mongabay-India.

Over the last decade, Kashmir has witnessed several human-animal conflicts, some of which have led to deaths. According to data from the Jammu and Kashmir wildlife department, the pattern of human-animal conflicts and deaths over the years (from 2011 to 2020) has been uneven. However, the residents report a different story – they allege that they witness more animals entering their residential spaces, which is leading to increased interaction and conflicts. Similar stories have been surfacing from different areas of Kashmir, as appearances of wild animals in inhabited areas have become more frequent.

A statement from Department of Wildlife Protection Kashmir that was accessed by Mongabay on July 7 reads: “The two most pressing man-animal conflict situations that plague human spaces in Kashmir region, today, involve black bears and leopards. Although conflict is not a new phenomenon in the world, and in Jammu and Kashmir too, it has certainly escalated greatly in the past few years.” According to their data, between 2006 and March 2022, 234 people lost their lives and 2,918 were injured in human-animal conflicts.

In the last three months, the Kashmir region has witnessed 895 incidents where humans have had negative interactions with wildlife. Bhat, a wildlife official, has been part of more than 200 rescue operations so far. “Our teams have to spend days and nights in the orchards to ensure people are safe, and rescue wild animals at the same time,” he says.

Rashid Naqash, Regional Wildlife Warden for Kashmir says the fragmentation of habitats, a shift in land-use patterns and poor waste management mechanisms are some of the factors responsible for the rise in attacks. “Kashmir has witnessed massive forest cover changes in the past years,” he says. Buffer zones have vanished, and open and paddy fields have been converted into orchards or human settlements. When the boundaries between human habitations and jungles reduce, such conflicts are bound to happen.”

Naqash also adds that human interferences into the natural habitats of wild animals have forced them into certain behavioural changes. “They have adapted to the changing surroundings and have become habitual of wandering beyond their territories in search of food.

The deaths of five minors between the ages of five and 15 years in different incidents across Kashmir from June 11 to July 6 are the latest in the series of human-animal conflicts. On June 14, a 12-year-old girl’s body was recovered from a forest in north Kashmir’s Baramulla district after she was attacked by a leopard outside her home.  She was the third minor to be attacked by the leopard in the same area, after which the administration ordered the hunting down of the animal under Subsection 1(a) of the Section 11 of the Wildlife (Protection) Act, 1972. Naqash adds that the government provides an ex-gratia relief of up to Rs. 300,000 (Rs. 3 lakh) in case of the death or permanent disability of the victim. In other cases, the amount varies between Rs. 5,000 and Rs. 300,000, depending on the nature and extent of injury. “Since 2006, we have provided an amount of around Rs. 100 million (Rs. 10 crores) to the victims,” he says.

In 2012, Asadullah Khan, a resident of Marhama village, was attacked by a bear, which left his face partially paralysed, and it now makes him stutter. Khan was hospitalised for four months, where two major maxillofacial surgeries were performed after his face was mutilated.  “The structure of my nose was damaged.  I thought I would never be able to recognise myself,” he says.

However, a decade later, it is not the scars that distress him, but the emotional toll he experiences on a daily basis. “I have lost confidence and I am afraid every time I step out,” he says, adding that he did not receive any compensation from the authorities, but there was a man who donated Rs. 29,000 for his treatment.

Another family from the Shar Shali village had a harrowing experience in May this year. Shameema, along with her three children, was visiting a park near the foothills of Wasturwan – a dense forest located in the mid-Himalayan range of south Kashmir’s Pampore – when they were attacked by a black bear. The attack left critical injuries on Shameema’s skull and mauled her face and shoulder. When her son tried to help, he slipped and injured his back, and her two daughters started crying for help. Shameema says she still remembers the attack. 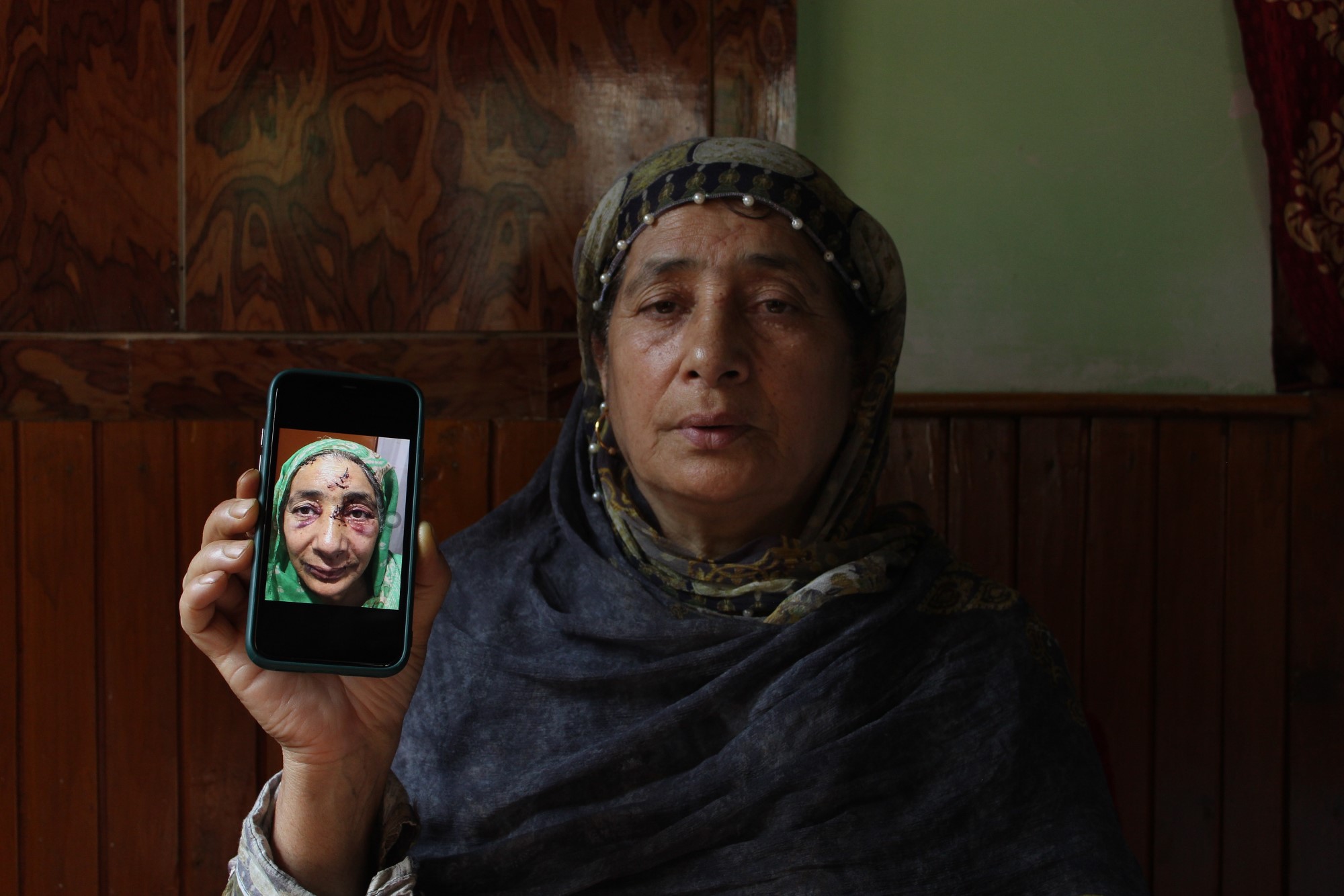 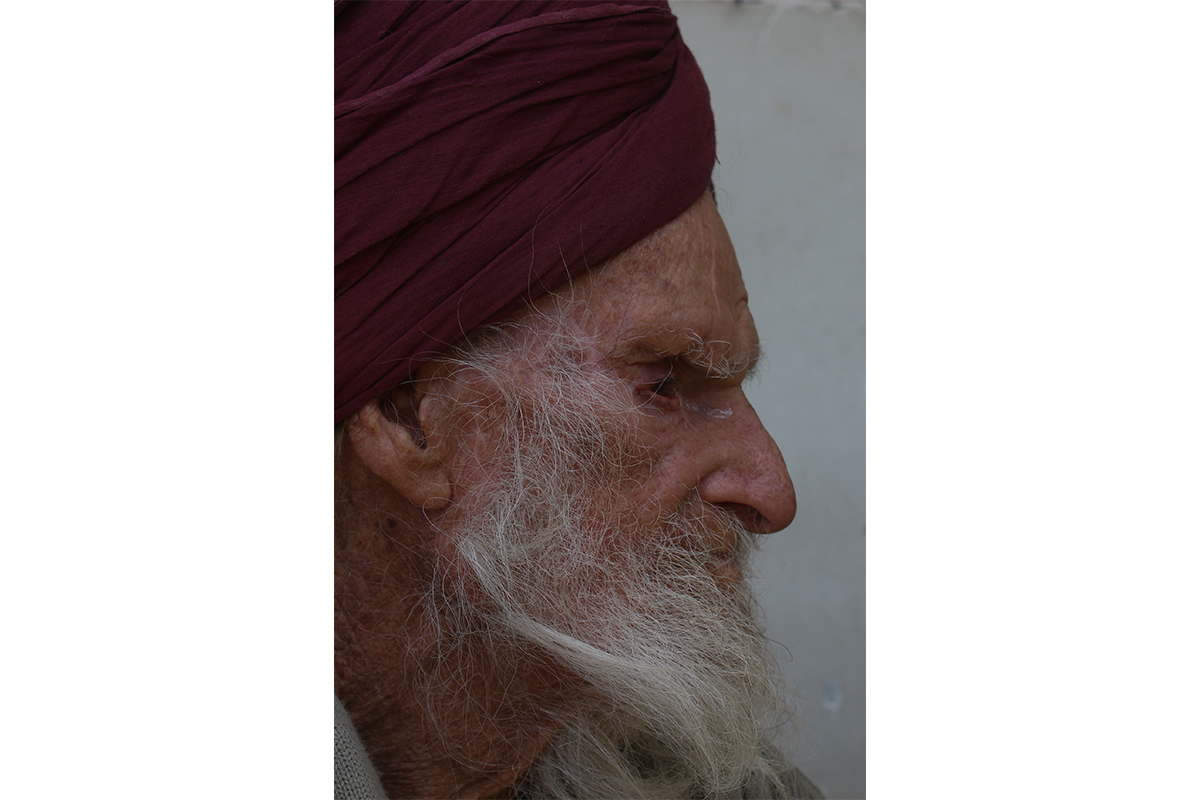 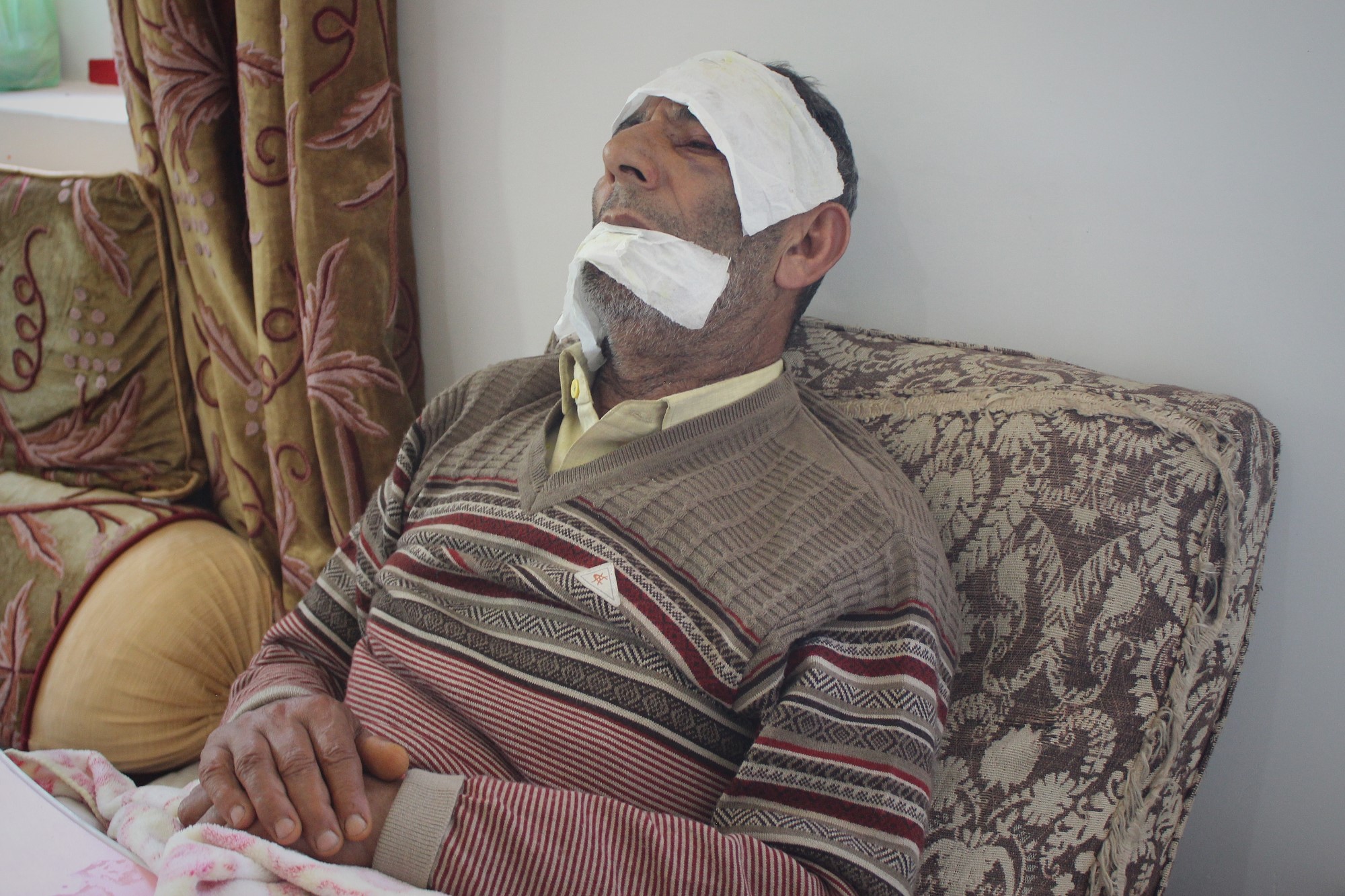 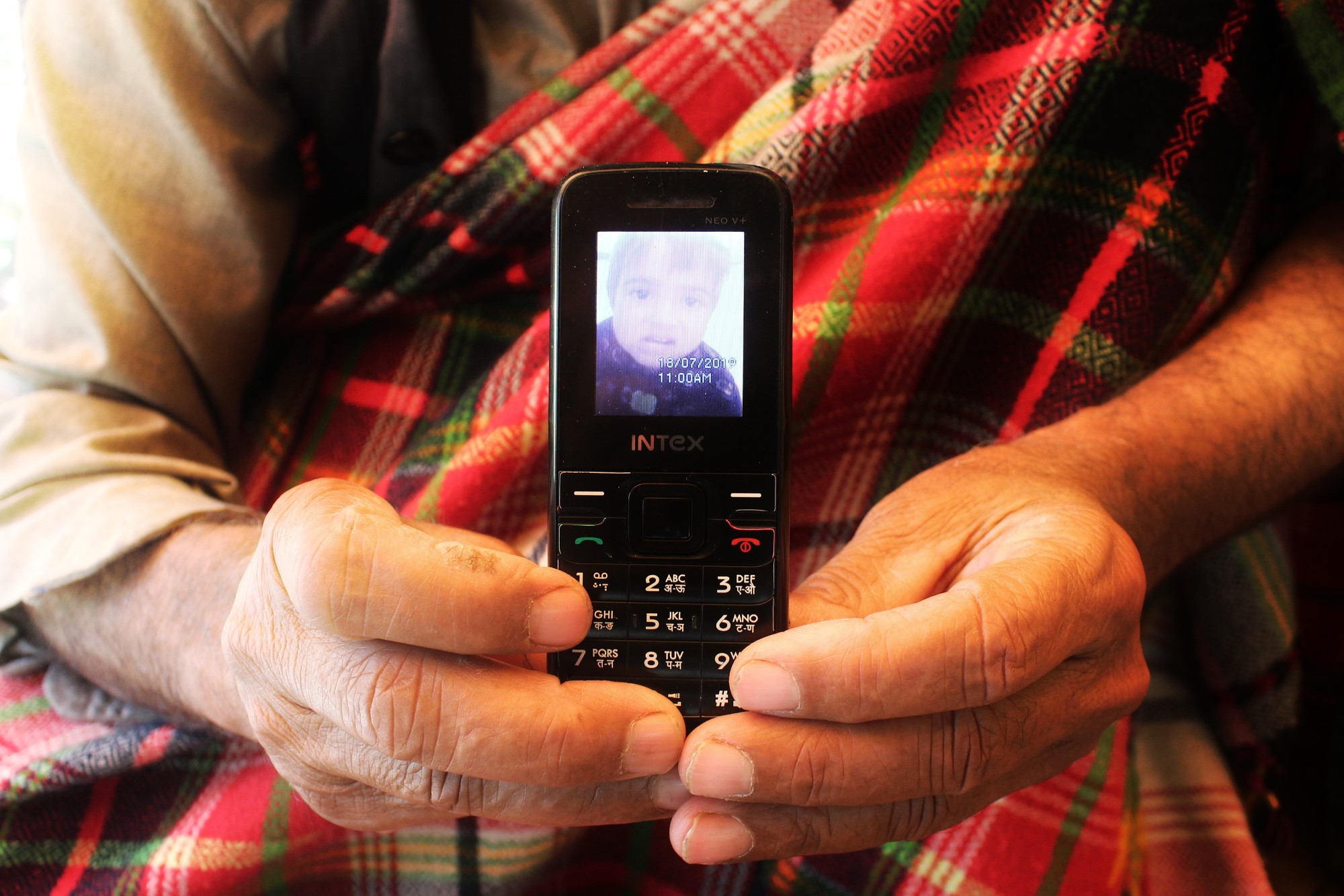 The family claims that they had asked a wildlife department employee about the possible presence of wild animals in the area, and only then decided to move forward. “Nobody came to help us,” Seerat, Shameema’s younger daughter, says.  “It was only after we called our father back home that we were driven to a hospital.”

Seerat says that her mother finds it difficult to cope with the mental trauma the attack has left on her. The family has appealed for compensation to the wildlife department, but says that the documentation process is time-consuming. “It took multiple visits to different institutions to get the paperwork completed. The department should make the procedure hassle-free,” the family adds. 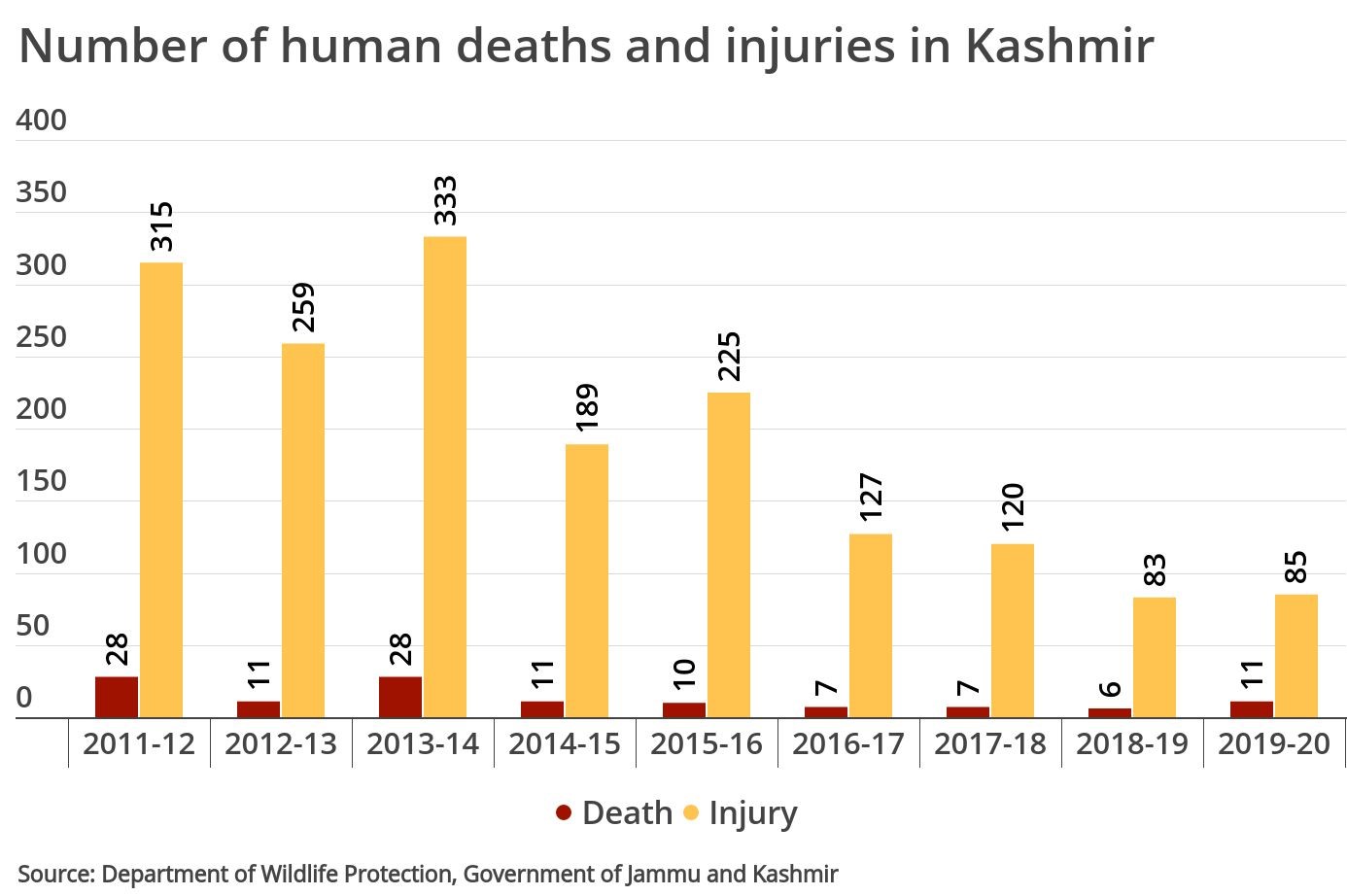 Not just humans, but wild animals are also at the receiving end of these conflicts. In June, a wild bear died from an electric shock after it climbed a utility pole in Srinagar. In 2020, a mob of people in Kulgam district killed a leopard, after it attacked some children in the area. A ‘poaching’ case was later registered against the unknown persons.

According to official data prepared by the Department of Wildlife Protection Jammu and Kashmir regarding the deaths of wild animals, from 2011 to 2020, 44 leopards died naturally or in retaliation while four others were killed after official permission. Deaths of nine leopard cubs and four leopard cats were also recorded during the period. The same data puts the number of black bears, bear cubs and brown bears killed at 141, 12 and seven, respectively.

Mehreen Khaleel, a primatologist and founder of Wildlife Research Conservation Foundation (WRCF), a Kashmir-based NGO, says that several videos of people chasing, beating and pelting stones in defense of these attacks have been shared on social media.

“Encroachments on forest land reduce the natural food or prey base available for wild animals, forcing them to come out of their natural territories to hunt.  This is no conflict, but a hazard we have created for ourselves,” she concludes.

Banner: Asadullah Khan from Marhama village survived a bear attack in 2012, but his face was partially paralysed leading to speech issues. Photo by Waseem Dar/Mongabay.