Adding to the over 13,000 species of ants that are known so far across the world, a team of researchers has discovered and documented two new endemic ant species Tetramorium krishnani and Tetramorium jarawa from the evergreen forests of the Andaman Islands. To add a different perspective to traditional taxonomy, they have used a novel technique, X-ray micro CT technology, which throws up three-dimensional details.

Prompted to unravel some lesser-known facts about these insects, Gaurav Agavekar, a young researcher from the National Centre for Biological Sciences (NCBS) kicked off three months of intensive fieldwork in difficult island landscapes. His quest led him to two previously unknown ant species from the genus Tetramorium in the leaf litter of Havelock island of the Andaman archipelago.

He collaborated with ant biologists Francisco Hita Garcia and Evan Economo from the Okinawa Institute of Science and Technology Graduate University, Japan, in the documentation and descriptions of the new species.

During the survey, the team also found 50 ant species in about 110 square kilometres of Havelock island, of which several were recorded for the first time. A total of 828 species and subspecies names belonging to 100 genera are listed from India. However, according to Agavekar, this number is “likely to be a gross underestimate considering the variety of habitats and ecosystems and the relative lack of exploration in many parts of the country.”

“The Andamans were an ideal place to answer the kind of ecological questions I was interested in,” said Agavekar. “These isolated evergreen patches of forests are home to numerous endemic species. The islands are like natural laboratories for wildlife researchers, to explore biodiversity and for studying the process of evolution of new species from their ancestors — shaped by such unique environmental conditions.”

Tetramorium is a highly diverse ant genus with more than 600 globally described species, said co-author Hita Garcia over e-mail. It is known to have originated in the African tropics that harbour over one-third of its types, thus making it a taxonomically difficult genus. Hence, to make identifications of future collections of the genus easier and summarise the existing taxonomic knowledge of the Indian Tetramorium fauna, the researchers also reviewed its diversity in India. This was based on literature and other existing references.

Tetramorium krishnani was named after the late scientist Prof. K.S. Krishnan from NCBS, and Tetramorium jarawa derives its name from the local Jarawa community — one of the oldest aboriginal tribes in the world.

The newly discovered ants measure about 2-3 mm, and have a characteristic golden brown honey colour, in sharp contrast to the usually seen red or black ants. Both the species have hairs all over their body, only visible under the microscope. Tetramorium jarawa, however, appears leaner than the other and has small spines on the back. Both were found to dwell in the leaf litter of the forests of Havelock Island. Further, T. krishnani was relatively more common than T. jarawa – the latter was collected only once during the survey.

According to the researchers, the morphology of the head and the small eyes of T. jarawa resemble another Tetramorium species from Africa that feeds on termites that live close to their anthills. While further studies are on, researchers speculate that T. jarawa may also have a similar lifestyle and diet as its African counterpart, which probably explains its rarity. 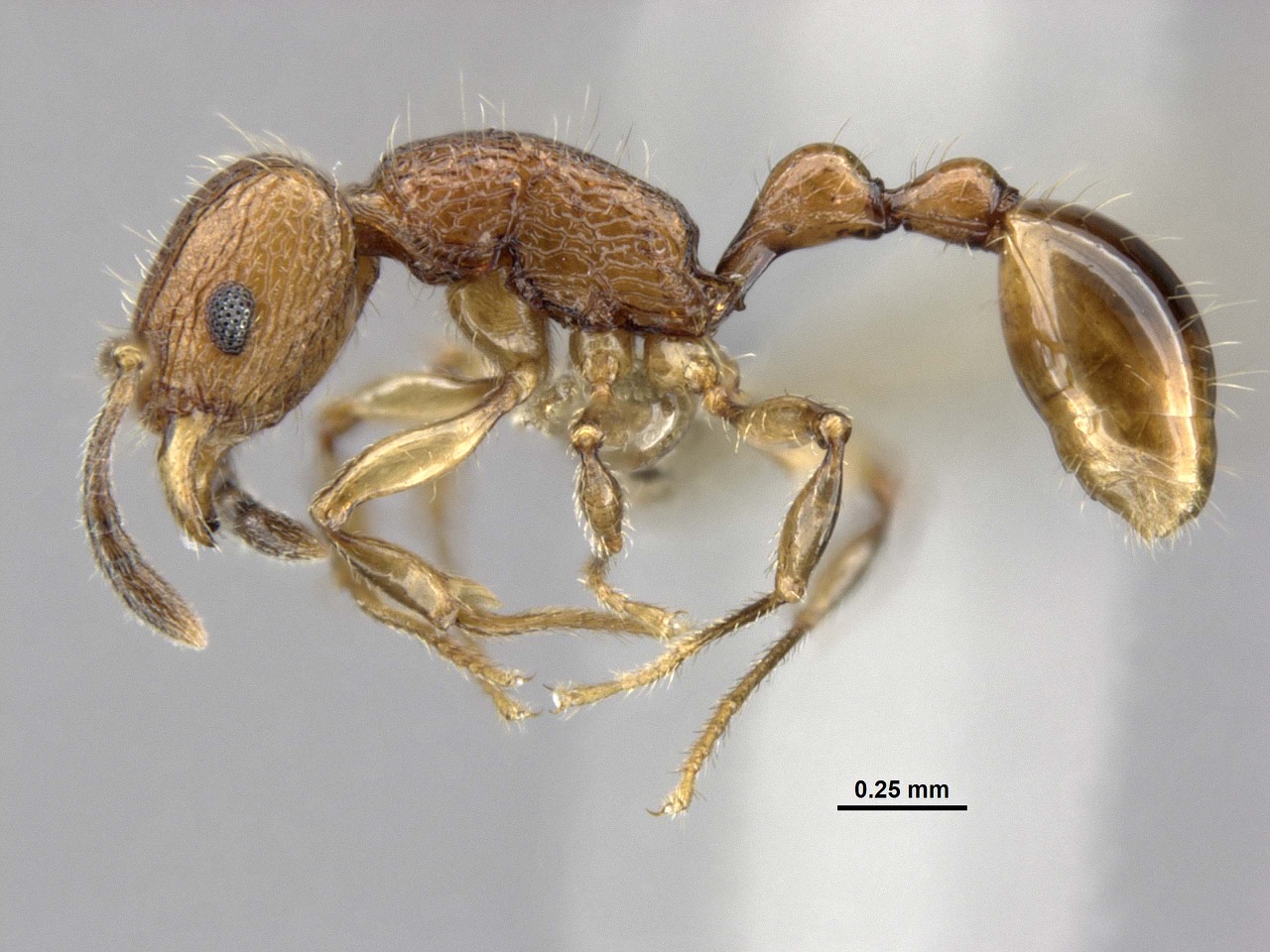 What made the research more unique, was the use of a novel technique, X-ray micro CT technology, to build 3D models of the ant specimens under study.

“Traditionally, two-dimensional images are used for the purpose. However, with 3D reconstructions, researchers can measure, section, and dissect virtually any part of the organism being studied without damaging it, thereby proving to be highly effective in our biological research,” Agavekar explained.

The team has made the 3D data freely accessible online so that anyone can take a look at the new species – and even print it in 3D!

One of the most ubiquitous and species-rich animal groups on earth, ants occur in all continents except Antarctica. Through their interaction with multiple animals and plants, they occupy varied and important positions in the food chain, said Deepa Agashe, Gaurav’s research advisor and an evolutionary biologist at NCBS.

While certain species of ants are herbivores, others feed on insects; some also act as scavengers by cleaning up decomposed materials from the area. “Ants are thus wonderful eco-engineers having a huge impact on the environment,” she pointed out. According to her, such research would certainly help to generate more interest and knowledge on such lesser-known species, thereby helping in their conservation.

Enthused by the findings of his research Agavekar hopes to generate quality “baseline data for ants in the near future,” by exploring other islands of the Andaman archipelago besides the Indian mainland, which according to him can provide interesting insights into ecology and evolution of this universal creature.