Harriers that winter in India are declining

by Vrushal Pendharkar on 24 January 2019

A compilation of harrier roosts in India suggests that the wintering populations of these migrant birds of prey have declined between 1985 and 2015.

“Harrier roost counts have shown a declining trend, not just in human-dominated sites but also in protected areas created for conservation of grassland fauna,” said M. B. Prashanth, a researcher at the Ashoka Trust for Research in Ecology and the Environment (ATREE) and co-author of the 2018 study on harriers.

Harriers are birds of prey that prefer grasslands, marshes and open country to hunt during the day. Harriers are hawks with long wings and lengthy narrow tails. They hunt by circling low over marshes and scrub. At dusk, they congregate to roost communally.

Hen, Pallid, Montagu’s, Western marsh and Pied are five species of harriers that come to spend the winter in India from Central Asia and Russia. These birds, like several other species, migrate to relatively warmer areas in the tropics to feed, as winter begins in their temperate breeding grounds.

This study, by researchers of ATREE published in the journal Ardea, “is a timely review because information on population trends for these species is scarce, especially in the eastern part of their range,” said Thomas Cornulier, a researcher at the University of Aberdeen, Scotland.

“They confirm the general feeling among harrier specialists that these species have been declining in probably a large portion of their range,” he added. Cornulier has studied harriers in India but wasn’t part of this study.

The declines in migratory harrier populations could be due to failure in breeding, loss of habitat in the wintering region or even decline in the prey. These changes impact migratory cycles, populations and survival ability of migratory birds.

T. Ganesh, a scientist at ATREE and the principal investigator of this study, began monitoring harriers in Alwal near Secunderabad in the early 1990s. But when he returned in the early 2000s, he found the open roost wasn’t there and nor were there harriers. “[This] motivated me to look at roost sites because that is where the birds were congregating,” he said.

5 SPECIES OF HARRIERS WINTERING IN INDIA 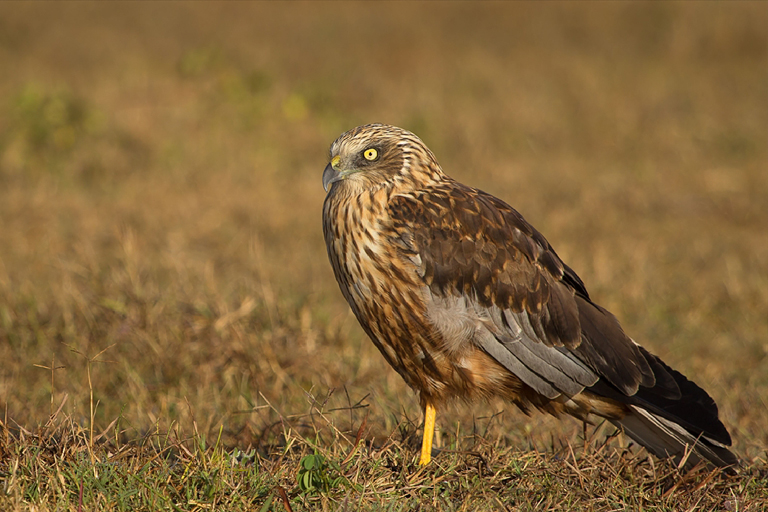 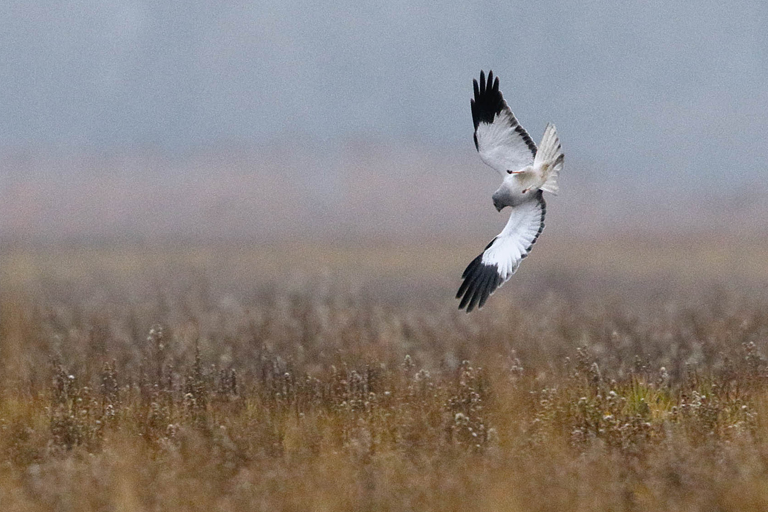 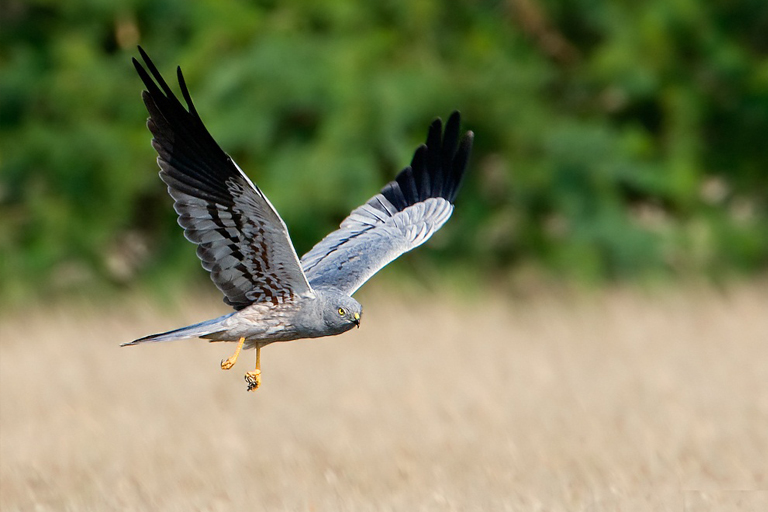 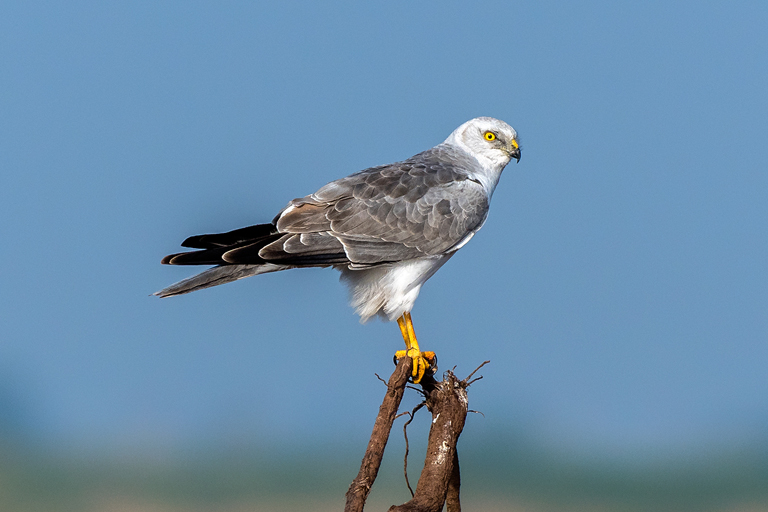 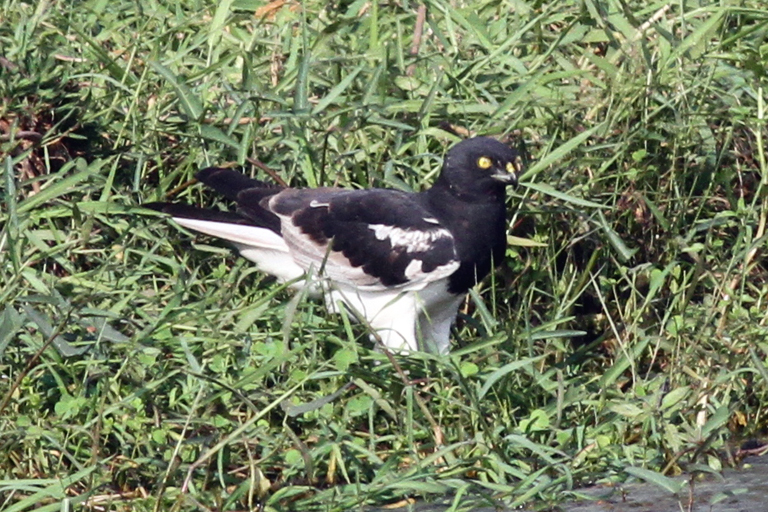 Harriers over time and space

To understand how the different species of harriers are faring across the country, the researchers wanted to find out what kind of harriers have been coming to roost to their preferred destinations and in what numbers, for the past twenty years.

They also wanted to know how different roost sites across India compare themselves with these trends. “Roosts are good places to monitor birds because although it may not give you the exact abundance of birds, you can understand the trends in that area,” said Ganesh.

Lastly, the researchers wanted to establish whether the protection of grasslands influences better harrier counts. “Harriers is the first step we are taking,” said Ganesh, as he is also looking at other species dependent on grasslands, like the Indian courser, and how their numbers are changing.

For this purpose, the researchers put together information from libraries, the internet, scientific publications, observations of seasoned birdwatchers, records of forest departments and observations made by Ganesh from 1985 to 2015.

Forest departments in India maintain records of charismatic or endangered species, like tigers, elephants, great Indian bustards, etc. found in their jurisdictions. So the researchers also took into account the records of harrier roosts from Velavadar national park in Gujarat, which is the world’s largest harrier roost and a significant grassland of 35 square km for fauna found in open habitats.

For their analysis, the researchers considered roost counts carried out between November 1 (October 1 for roost counts in western India) and January 31 of every wintering season. At around this time, the harriers are in their highest numbers since they are coming into the country and congregating.

Roosting areas are used by generations of birds as harriers are known to show fidelity to the areas they roost in and hence return year after year to the same place. “Migration routes are literally hardwired into harriers as juveniles travel with their parents and the knowledge is passed on to them,” said Ganesh.

The researchers gathered demographic information for 15 roost sites. But since the researchers had data for five or more years from only six sites, they considered those for their analysis. These six sites were Velavadar national park in Gujarat, Alwal and Wadala in Telangana, Nannaj in Maharashtra, Rollapadu in Andhra Pradesh and Hessarghatta in Karnataka.

An overall decline in numbers

The researchers find that Montagu’s, Pallid and Western Marsh harriers were common and sighted at all roost sites. Most of the Montagu’s and Pallid harriers visit from Kazakhstan, Russia and southern Asia. Montagu’s have had significant breeding success in Kazakhstan and their populations are considered to be stable. They account for 70 percent – 80 percent of all harrier species visiting India. But the Pied and Hen were rarely seen, while numbers of Western Marsh have increased.

More than 500 birds roosting together can be found in one in five (21 percent) of the sites; also, more than half (60 percent) of the roost sites consist of up to 50 birds of all different species.

Adversely though, roosting sights in Alwal, Akola (Maharashtra) and Hessarghatta (Karnataka), which used to consist of 100-200 birds, no longer exist.

Large numbers of harriers gathered in protected areas like Velavadar, Nanaj and Rollapadu in the past. While more than 2000 birds congregate in Velavadar, less than 100 have been seen in Rollapadu in recent years, down from similar numbers that Velavadar clocks.

“In Rollapadu, we lost a very large patch of grassland to one of south India’s biggest solar power plants,” said Ganesh.

Nanaj bustard sanctuary, declared for the conservation of the endangered great Indian bustard, has seen less disturbance but even then, has lost some harrier roosts in 2016.

Harriers no longer seem to use unprotected roosting sites at Alwal, Wadala and Hessarghatta. Alwal is now a plantation, while Hessarghatta and Wadala have been abandoned due to land-use changes around the sites and urbanisation. Akola, too, doesn’t get these birds anymore.

Ganesh maintains detailed records of age and the type of harriers found in Alwal and Hessarghatta, including those of ‘ringtails’ – juvenile and female birds that have rings on their tails. He finds that while numbers of Montagu’s and Pallid harriers in these two sites didn’t decline significantly, the number of Western Marsh harriers went down drastically in Hessarghatta but not so much in Alwal.

“Decline of the marsh harrier is likely a reflection of the loss or degradation of wetland habitats globally, and in India,” said Cornulier.

An entire habitat under threat

These findings indicate that harrier numbers have fallen rather than them having changed their locations. Although, it is possible that smaller numbers or individual harriers roost in areas that have a patchwork of agriculture and grasslands. But their decline in numbers, even in protected areas, is telling of the fall in harrier populations.

“The possible reasons for the decline are the loss and degradation of grasslands,” said Julien Terraube, a researcher at the University of Helsinki, Finland, who has studied harriers in Kazakhstan but wasn’t involved in this research.

Grasslands are one of the most threatened ecosystems in both breeding and non-breeding regions of harriers. Vast grasslands are a thing of the past in India. They are grazed heavily by livestock and burnt extensively in the winter. They have also been encroached and built upon, for wind and solar plants. Invasive plants like Prosopis juliflora have overrun in several areas in the county. This forces harriers to use open fields or grass patches which make them vulnerable to predation.

“Increased predation of harriers from commensal predators [those that share the same habitat] at roosts located in degraded habitats could also be an indirect negative consequence of land-use changes on harrier populations,” said Terraube.

Technological advancement in agriculture and expansion of irrigation has seen cultivation practices change. In areas where dryland crops like millets were sown, water-dependent crops like paddy, banana, sugarcane are being planted. This reduces the areas that harriers can hunt in. Such changes at the local landscape level harm raptor numbers.

According to Ganesh, a “patchwork of small grassland patches along with agriculture fields is ideal of harriers.” They are tolerant of such a matrix as long as safe roosting sites are available.

Availability of prey also influences the harrier populations. For instance, Montagu’s harriers hunt for grasshoppers in the farms in winter. Roosting sites of Velavadar, Rollapadu, Nannaj and Akola are near millet and cotton fields. These fields carry a high number of grasshoppers and so are favourable habitats for harriers to hunt. But these fields are also intensively sprayed with pesticides to ward off insects. This reduces grasshopper densities and has a cascading effect on harriers.

Majority of the unprotected sites where researchers observed harriers have been lost to developmental changes. Hence, the few remaining protected areas are perhaps the last strongholds for these winter migrants. But as this study indicates, although harrier numbers wintering in India are declining, it might be too little but hopefully it isn’t too late to arrest this fall.