Reports have come in that by 2020, about 21 major Indian cities would run out of ground water. But Chennai has fast-forwarded itself to 2020 already and has little or no groundwater available for the people to use. With monsoon failing in 2018, little rain through 2019, inadequate and inefficient water distributing and storage system, concrete construction covering most of the land area across the city not allowing rain water to seep underneath, rising population density have all added up to this catastrophe.

Like most global citizens, Chennai’s own too have overlooked the adverse effects of climate change that looms large over everyone with every passing day. A faster rate of “development” promised by governments has speeded up the level of destruction. With every possible reservoir dried out and depleting ground water levels across city, people have finally woken up to see the calamity they face.

Metrowater (the government agency supplying water to the city) lorries are the only source of water running around the city. With large tanker lorries and smaller trucks with Sintex water tanks loaded, the city tries to meet its water needs with the multiple trips these vehicles make through the day. On average, the filling station starts to function by around 5 am every morning and pushes upto 2 am in the night. The smaller trucks are an emergency measure to tackle the water shortage and are employed on a contract basis.

Many hotels, restaurants, schools, colleges were shut down for a few days as they were not able to meet their requirements. Information technology companies with their big buildings and a high number of employees aggregated at a single place, have given their staff members the option of working from home. Most of the apartments function with a daily routine of water discharge.

The situation has gone on to become a grim joke, with biryani sellers luring in customers by giving them freebies of the most wanted commodity: Water. 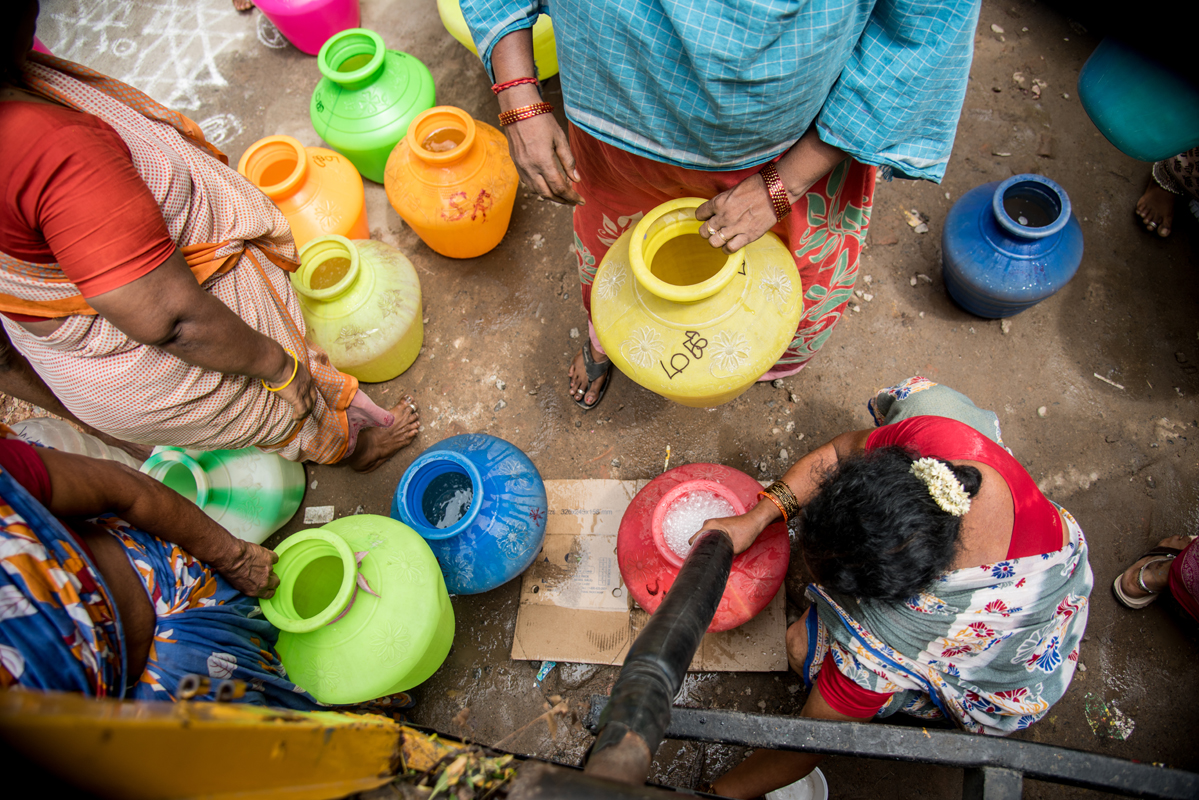 People fill water from the lorries with smaller tanks that go around the city distributing water. Photo by Steevez Rodriguez/PEP Collective. 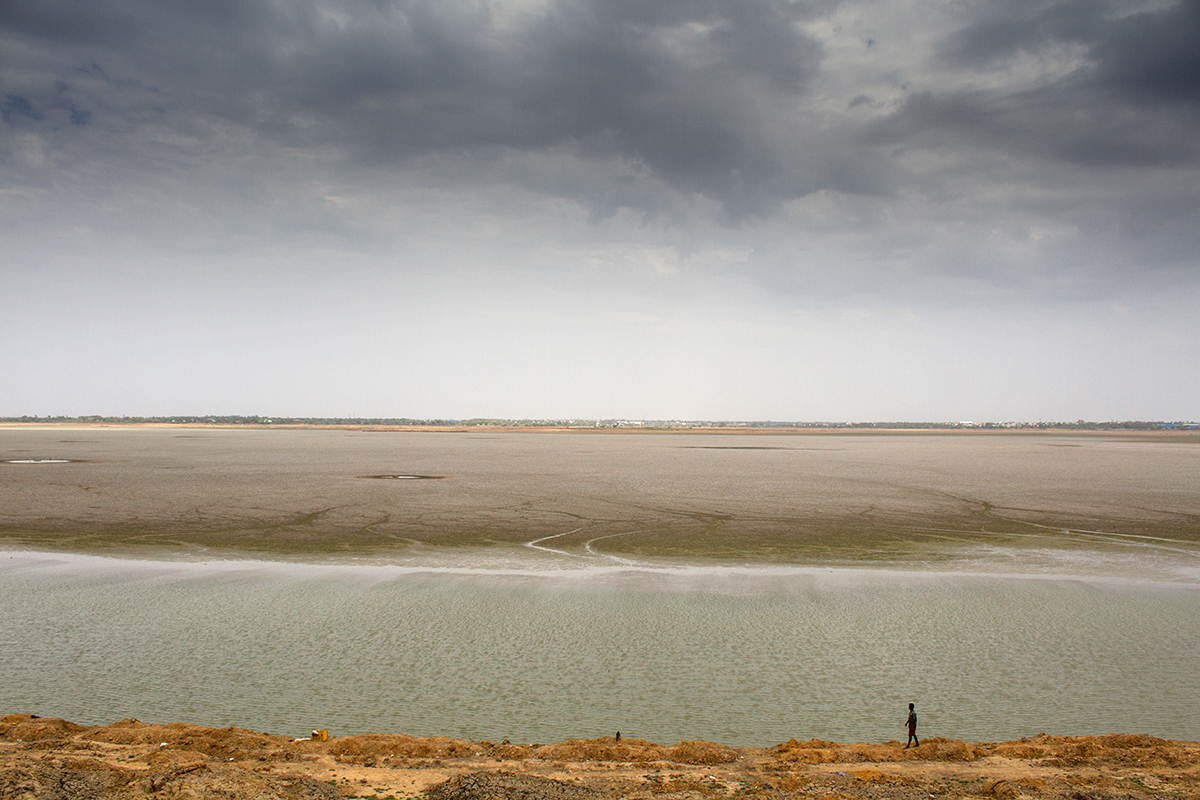 An almost dry Puzhal lake that is one of the reservoirs providing water to people of Chennai. Photo by Palani Kumar/PEP Collective.

Banner image: Public hand-pumps across the city have been dysfunctional due to the acute crisis across Chennai leading to people stocking water in all ways possible. Photo by Steevez Rodriguez/PEP Collective.