Kodagu, the small hilly district in Karnataka known as the coffee capital of India, is no stranger to heavy showers. Its area of 4,102 sq. km receives as much as 2,693 mm of average annual precipitation, compared with 1,248 mm in the southern state. But nothing could have prepared some half a million people living in the district for the extreme rainfall in a matter of days in August.

Monsoon arrived late this year in Karnataka. By the end of July, the rainfall was so low that authorities were bracing for a drought in many parts of the state, including Bengaluru, its capital city. But the situation changed drastically on August 3, and by the next morning, Kodagu had received heavy downpours, leading to landslides. By August 6, rainfall recorded at the three taluks (sub-districts) — Madikeri, Virajpet and Somwarpet — was 95.10 mm, 77.92 mm and 57.89 mm, respectively.

By the morning of August 7, Kodagu had received 145.58 mm of rainfall. There was waterlogging in most parts of the district. Many roads were inundated overnight. The next day, Kakkabe village received an astounding 762 mm of rain in 24 hours.

In just nine days from August 1 to August 9, Kodagu received 935 mm of rain, way more than the average rainfall of 600 mm for the entire month. To put things in perspective, Kodagu received more rain in a week than what Bengaluru receives on an average in a year (900 mm). In the following week till August 14, although the rain fury abated somewhat, it was still 696.9 mm, more than 3.5 times the long-term average.

Mani and Prabha of Karadigodu village lost their home in the flood when the Cauvery River breached its banks and engulfed nearby villages. Mani says that during last year’s deluge, water had come up till their backyard, but this year, it entered the house. Of the 111 houses on the banks of Cauvery, 35 collapsed entirely, four were on the verge of collapse and 18 were still under water. “We have lived here for 35 years,” said Mani. “In 1994, water had come inside the house during the monsoon. After floods last year, 111 houses had applied for relocation and submitted a memorandum to the district collector.”

Coming a year after the destructive 2018 floods that killed around 20 people, the heavy downpours were debilitating for the people who depend mostly on farming. A preliminary survey by authorities revealed that Rs 2.7 billion worth of crops were lost. Over 102,034 hectares of coffee plantation and 6,350 hectares of pepper plantations were damaged, and 3,623 hectares of the standing paddy crop was levelled, showed a report by the Kodagu district administration published on its Facebook page.

Last year, a landslide in Mukkodlu destroyed 25 homes. This year, the remote village of Thora made the news for a massive landslide. Six bodies were recovered from the spot and four persons are still missing. Local residents said at least 10 acres of farmland was washed away in the landslip.

Experts say such extreme rainfall events are increasing across India partly due to climate change. “In 2018, Kodagu got 800 mm rainfall in a week,” said Shrinivas Badiger, faculty member at the Ashoka Trust for Research in Ecology and the Environment (ATREE) in Bengaluru. “This year, it was close to 1,000 mm in a week from August 1-9, which is huge even if you consider Kodagu is used to a lot of rainfall.”

Although the average annual rainfall till August 20 has remained unchanged in the district for 50 years at 1,600 mm, the rainfall pattern has changed. In recent years, the monsoon is weak in its early days and picks up towards August, when there’s massive precipitation in a matter of days, Badiger said.

Extreme rainfall during the monsoons has emerged as the new normal in India. Many places in India were facing drought in late July. In August, a few bouts of very heavy rain changed that to devastating floods, killing over 1,500 people and displacing millions in much of northern, western and southern India.

Weather experts are reluctant to immediately attribute this year’s extreme rain directly to climate change. “Studies show that the all India rainfall for the monsoon has remained at 89 cm. This is a 50-year value. Some intra-annual variability does happen, which is natural,” said Gita Agnihotri, director of India Meteorological Department, Karnataka. “Kodagu and the Western Ghat region are used to heavy rainfall, but why this is leading to landslides, floods and other natural calamities now is something that needs to be studied properly.”

In Kodagu, floods of this magnitude were last reported in August 1931, when it received 1,559 mm of rainfall. In August last year, the rainfall was 1,675 mm. But does that alone explain the floods and subsequent destruction?

Last year’s floods resulted in excessive rainfall over a short period of time, said Srinivasa Reddy, director of Karnataka State Natural Disaster Monitoring Centre in Bengaluru. “There were short events of excessive rainfall in May, June and July in Kodagu last year,” Reddy said. “The nonstop rains in August, before the affected areas got time to stabilize, resulted in flooding and landslides.”

The extent of damage is likely to be contained in the years to come, as the government is taking long-term mitigation measures, Reddy said. “Except for a few initiatives like putting a full stop to large-scale land conversions, the authorities had not taken up any long-term measures against flooding last year,” he said. “But this year, the authorities are taking proper measures to avoid such events in the future.” 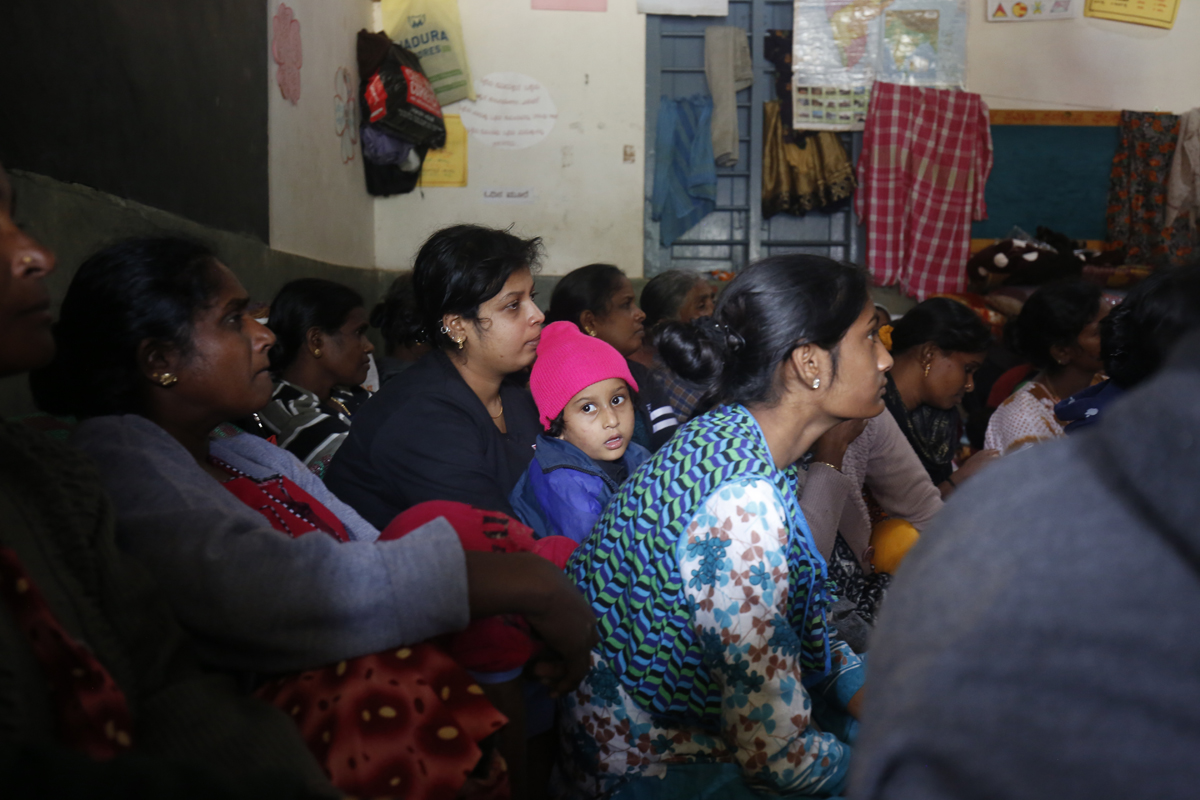 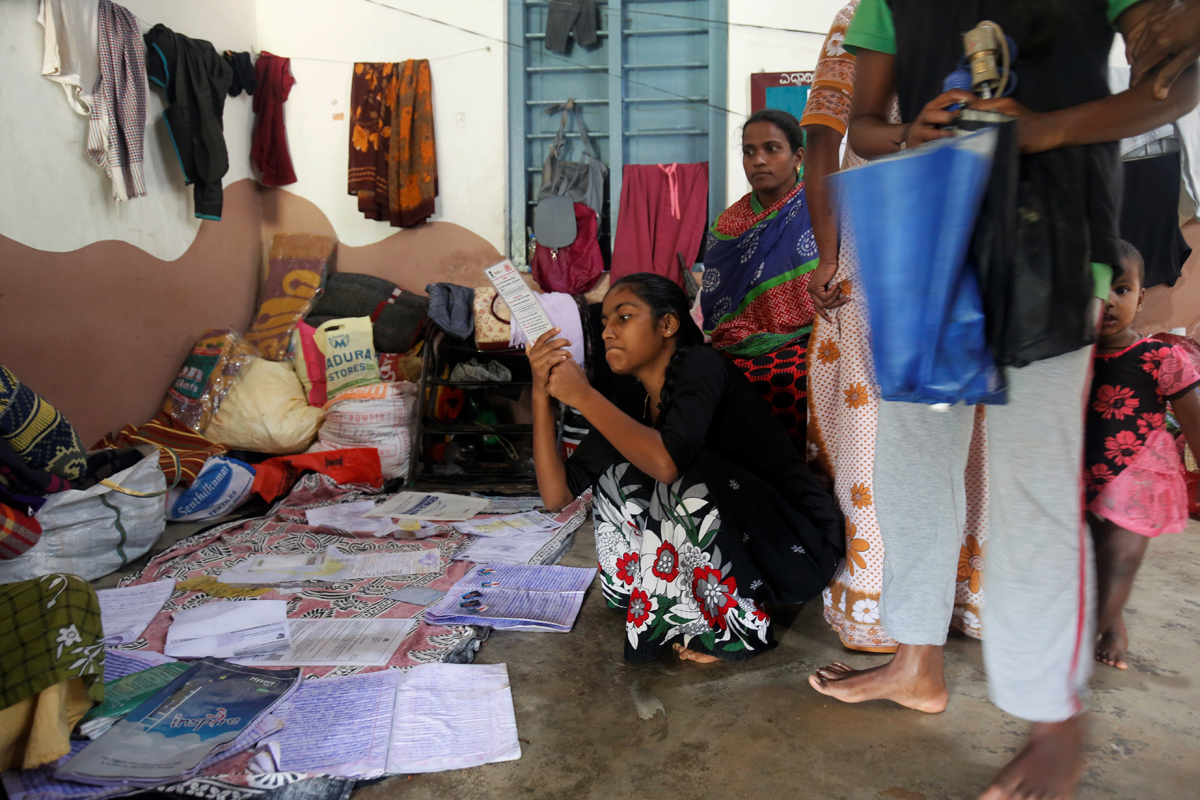 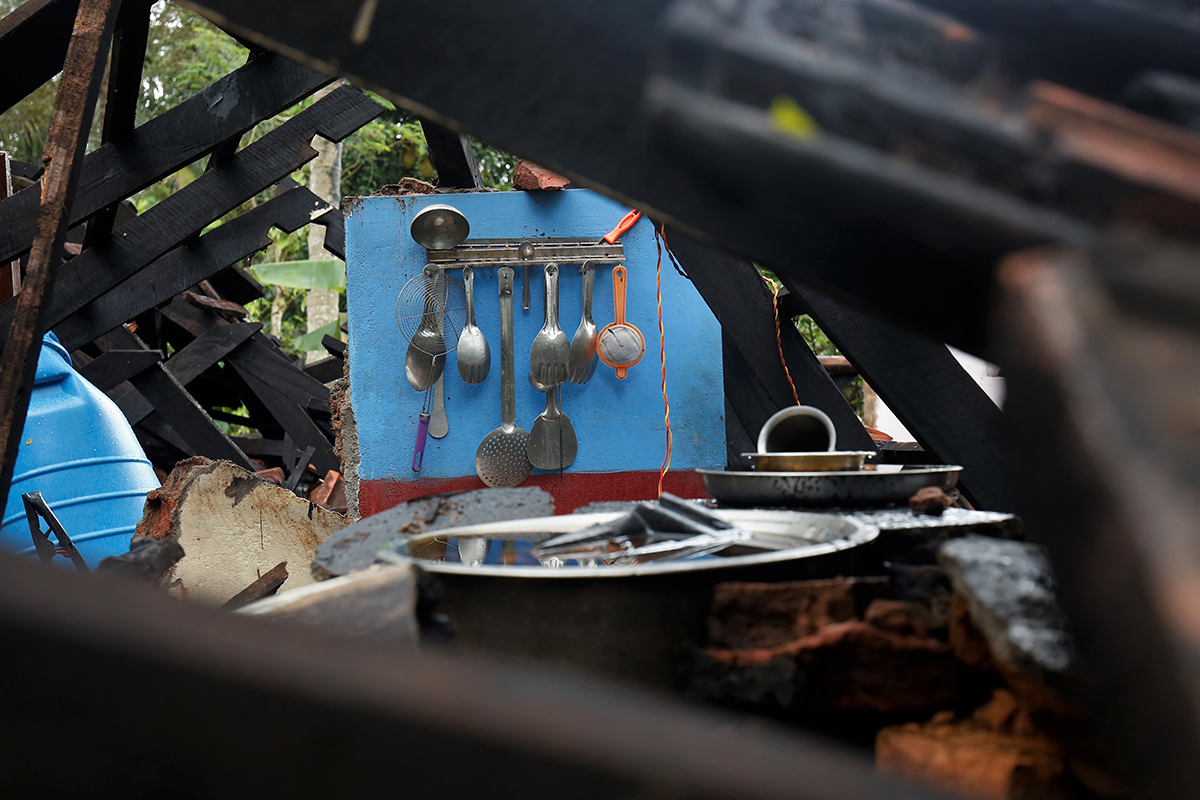 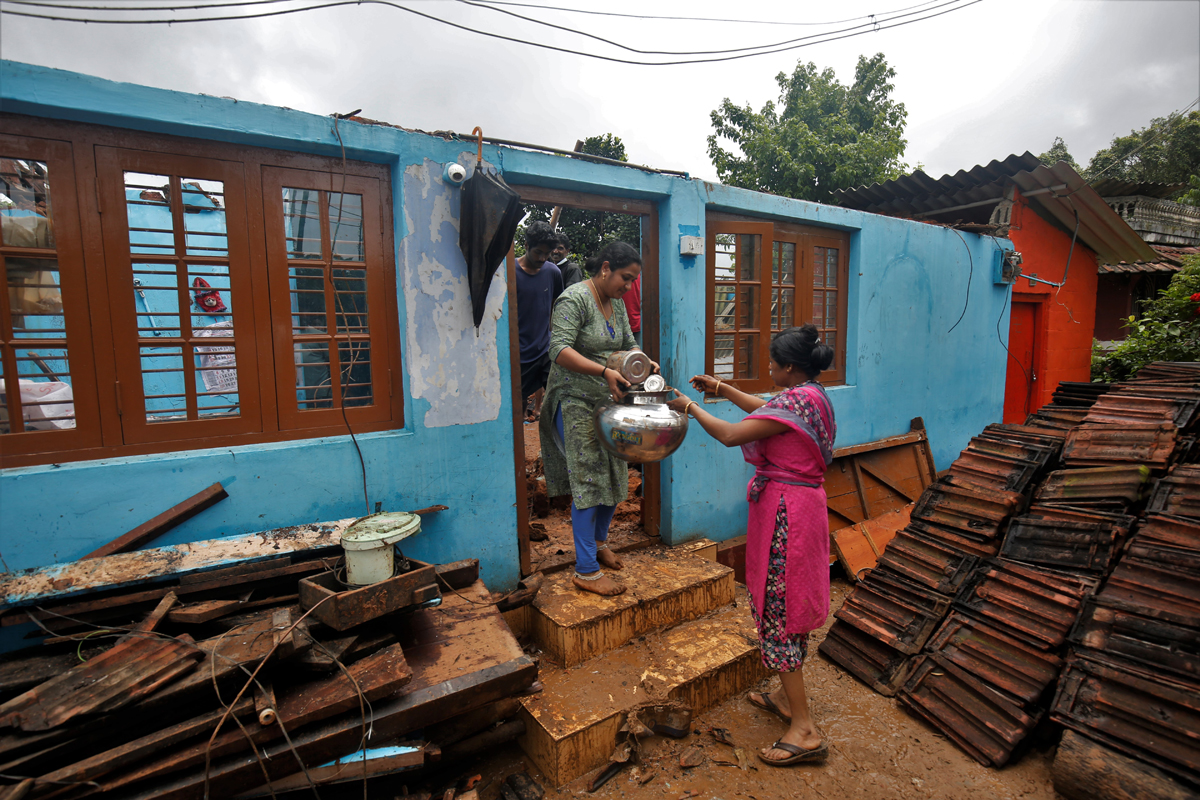 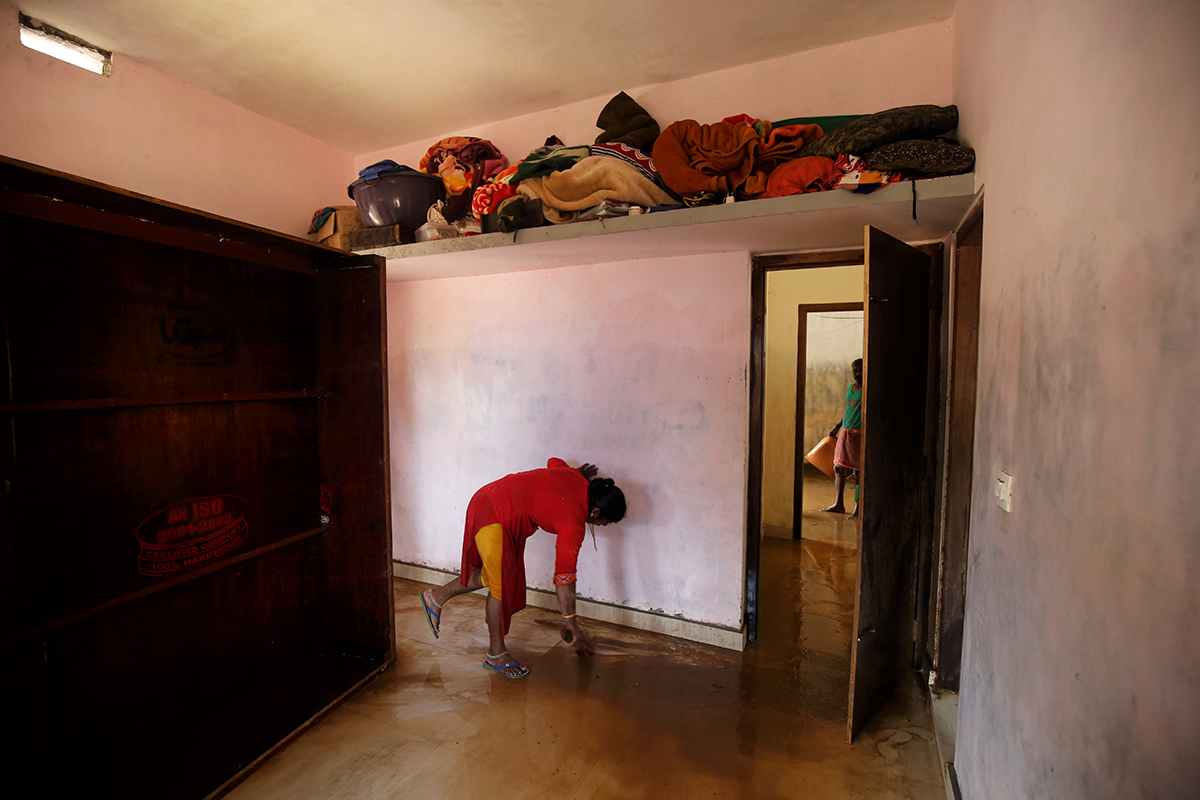 In Kodagu, as in many other parts of the country, large land conversions in the name of development are common. Kodagu witnessed protests in 2014 when over 50,000 trees were proposed to be cut in both forests and private lands to facilitate a 400KV high tension power line from Mysuru to Kozhikode in Kerala.

Early this year, 800 trees were felled in an 80-acre land by a businessman for commercial purposes despite a ban on land conversion that came into effect after the 2018 floods. In July last year, just before monsoon played truant, 100 trees were axed to facilitate the chief minister’s visit to the district.

A Geological Survey of India (GSI) report conducted after the 2018 floods found that slope modification was the main reason for landslides that caused the maximum damage. It also cautioned about the absence of guidelines, regulations and monitoring related to land use changes in the area.

The GSI survey found cracks in various hillocks, such as the Ayyappa Betta hillock and the Nehru Nagar hillock in Virajpet taluk, and also in the Brahmagiri hill range in Talakavery, where Cauvery River originates. The cracks are mostly seen in places that have undergone slope modifications, said K.V. Maruthi, director, GSI. “Cracks show the possibility of landslides in the future if preventive measures are not taken,” he said.

Forests also play a big role in mitigating the damage from extreme rainfall events. They buffer a place against heavy rainfall, and Badiger said Kodagu is a beneficiary of its forest cover. If extreme climatic events are set to be more frequent in the future, experts opine that it’s important Kodagu holds on to its green cover. 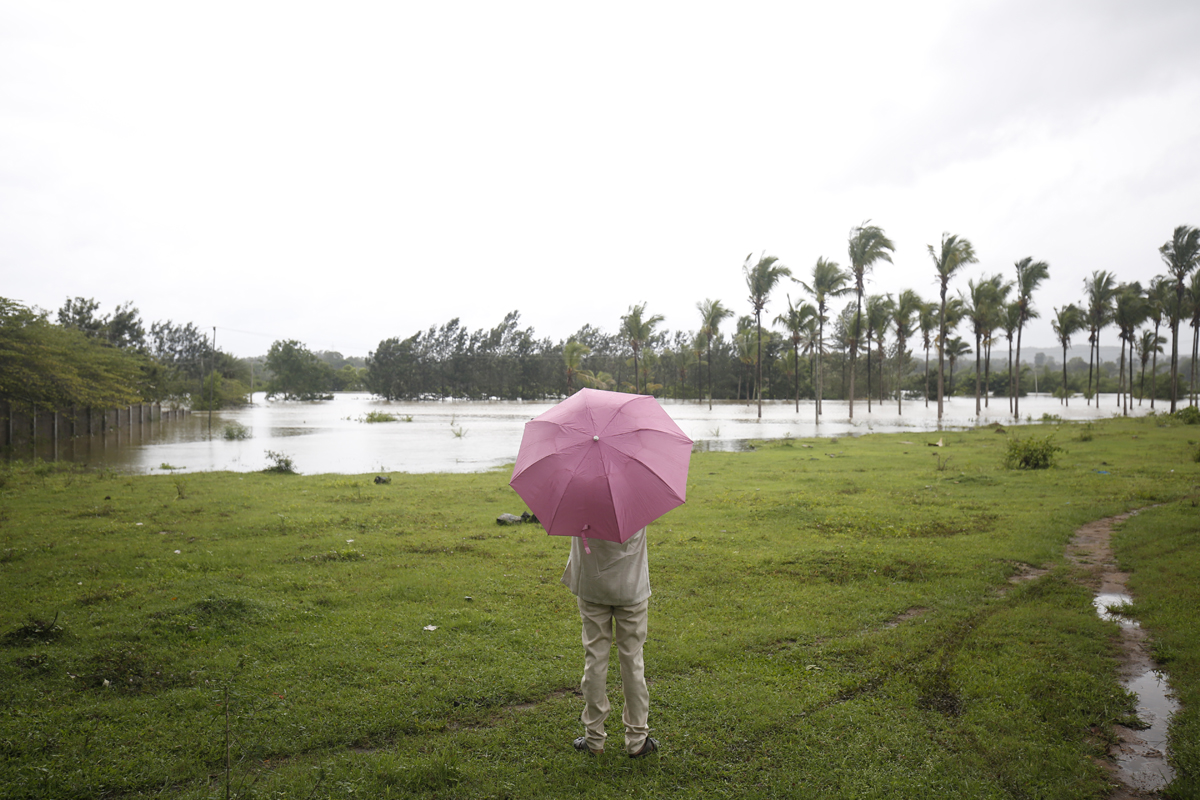 A farmer looks at his fields inundated by the Cauvery river. A preliminary survey by authorities revealed that Rs 2.7 billion worth of crops were lost. Photo by Abhishek N. Chinnappa.