Bishnois organise and educate themselves to take environment conservation beyond religion

As India is in an ongoing lockdown to control the spread of the novel coronavirus, there are concerns around the availability of food — both dry and fresh ration. Not in Rohicha Kalla, a small village about 40 kms from Jodhpur in Rajasthan. The Bishnoi community here is self-sufficient, not just with its farm produce of wheat, but also with its year-old dry stock of Sangri, a fruit borne by the Khejri trees, which can be made into a curry. “The Khejri trees have sustained us in droughts and they will save us now,” Manju Vishnoi, the sarpanch of the village said. “This outbreak is nature’s way of telling, ‘Conserve the environment’. For us Bishnois, this message runs in our bloodstream.”

The Bishnoi community is often called the protector of wildlife and environment in western Rajasthan, at times going to lengths for their cause. One of the more well-known cases that catapulted them to fame was when the community dragged Bollywood actor Salman Khan to court for allegedly killing two blackbucks during a movie shoot near Jodhpur in 1998. The community followed the case with dogged conviction for 20 years, until, in 2018, Khan was sentenced by a local court.

Protests, often at the risk of their own safety, are not new to the community. Bishnoism, as a sect, has 29 tenets that its followers are expected to abide by — refraining from cutting of green trees is one of them. In 1730, a local woman called Amrita Devi Bishnoi of the present day Khejrali village near Jodhpur was so steadfast in her belief of this tenet that she stood with an unwavering courage against a royal troop assigned to cut Khejri trees in her village by the then king of Marwar.

This act of defiance — Amrita Devi and her three daughters hugged the trees to save them, and in response, paid with their heads being severed — was followed by others of the community, leading to the massacre of 363 people. Shocked, the king’s troops finally relented, and this episode went on not just to galvanise the Bishnoi community’s staunch belief but also in inspiring the famous Chipko movement of Uttarakhand.

“Jeev Raksha is ingrained in us; no one has to teach it to a Bishnoi child, they learn it by seeing,” said Kiran Bishnoi Khokhar, a resident of Tilwasni village, which has a mixed populace. Such is their reverence towards the Khejri tree, also the state tree of Rajasthan, that Kiran said they don’t cut the tree “even when its roots grow into the water tank and pipes”. “We repair the pipes, the tank, but don’t cut the roots, or even the branches,” she said. “We do cut the branches of the babool tree sometimes for firewood but never the whole tree.” 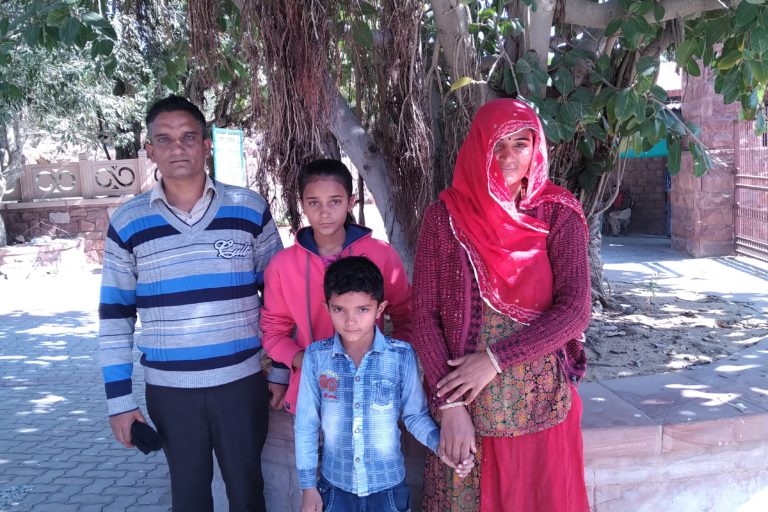 Wild foliage grows on their agricultural land and farmers are known to demarcate a portion of their cultivable land for animals like blue bulls and cattle to feed on. Kiran said that it is because of their belief that they prohibit their non-Bishnoi neighbours from cutting trees too. “People are scared of our community because we are always so vigilant,” she said with a hint of pride. Kiran’s husband, Kailash, mentioned an incident in their village a few years back when a scuffle broke out between a few Bishnoi men and some outsiders when the latter were caught trying to hunt deer at night. “One of those men was seriously injured,” Kailash said, “The matter went to the courts; it’s an ongoing case now.”

Organising themselves to fight their fight

Going to court and using laws that are in place to fight for wildlife and the environment has become common for the Bishnoi community, said Ramniwas Bishnoi, who was the general secretary of the Bishnoi Tiger Force (BTF) until recently. Registered as an NGO, the idea behind organising themselves into such a form was to streamline their efforts beyond the realm of religion, into the path of social and protest politics. It started as a movement in 1999, post the Salman Khan poaching case, and was registered as an NGO in 2007. BTF, which then split into two groups a year back, is not the only body of the community organising itself.

Talking about the significance of such efforts from a personal point of view, Ramniwas said that it was the Salman Khan case that became a tipping point for many like him. “After that incident, there was a realisation that we have to organise ourselves to fight our own fight,” he said, “Henceforth BTF was formed and I became actively involved with it.”

One of the issues the group took up a few months back was when a government order said that trees alongside a road near Jodhpur had to be cut because it may interfere with the overhead electric lines. A Bishnoi village along that road refused the order, saying that the tree-cutting was “unnecessary” and sat in protest along with the BTF members. “Finally we saved the trees along 30 kms of the road that led right to the village. They had to give in,” Ramniwas said.

It is, however, not always a one-sided story and there have been times when the community has been accused of being violent. Ramniwas alleged that many false cases have been lodged against members of the community. “It is for this reason, and so that we are aware of the laws in order to use them to fight our fight that youngsters of the community are pursuing higher education and in particular, studying law,” he said. Sharing an anecdote of how he, just a class 12 pass-out, once bore a snide remark by a government official, Ramniwas said that he then proceeded to do his graduation and masters, and also obtain a degree in law, in order to “fight these cases”.

Law and order aside, the Bishnoi community has also played an active role in the setting up of rescue centres for injured animals in villages in western Rajasthan and had even donated a vehicle to Jodhpur’s Machia Biological Park Rescue and Rehabilitation Centre to bring in rescued animals swiftly.

Dr. Shravan Singh, a veterinarian at the animal rescue centre, said, “More than 70 percent of the injured animals brought to the rescue centre are by the Bishnoi community. When informed, our vehicle goes and picks up the animal, but it is also very common for them to arrange for their own vehicle to bring the animal.” Dog bites, the doctor said, are the most common cause of injury and can be very severe. There were chinkaras, black bucks, blue bulls, and a variety of birds when we visited the centre; occasionally, leopards, hyenas and wolves are also rescued and later rehabilitated. 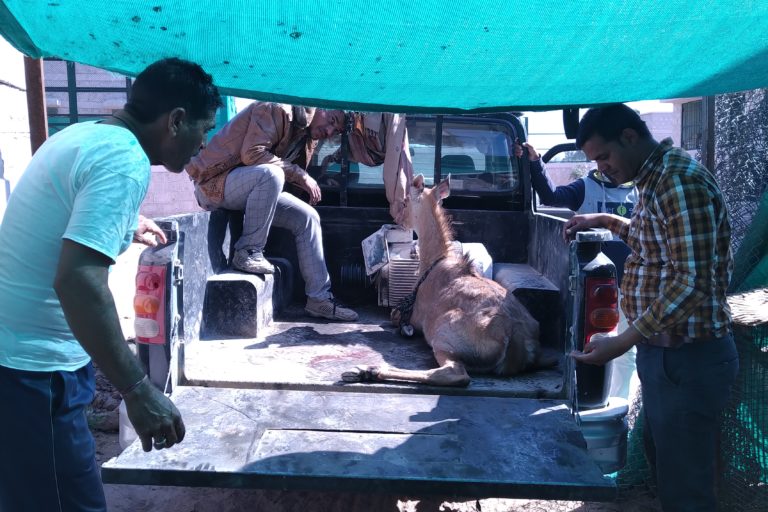 “The thing is, while conservation is taught to others, for our community, it is a way of life,” Manju Vishnoi said, “For our women, the day begins with putting out a bowl of food for the birds. Our farmers keep aside a sack of their harvest—wheat or bajra—for the birds every year and it is common to see deer, peafowl, flock in hundreds near the ponds and temples of our villages early in the morning. For us, therefore, any injustice meted to a life-form cannot be tolerated and we will protect it, even at the cost of our lives.”