by Team Mongabay-India on 1 November 2021

A recent report by the parliamentary standing committee pegged that the country needs Rs. 2.61 trillion (Rs. 261,000 crore) to achieve the next big target of 175 gigawatts of renewable energy by 2022 and 450 GW by 2030. An undisturbed flow of funds, hence, becomes very crucial for the Indian renewable industry. But does India have enough funds to support the journey?

In the second webinar, as part of the Clean Energy Talks series, Mongabay-India discussed the challenges and opportunities in securing the funds required to achieve the country’s clean energy targets.

The webinar focussed on challenges faced in securing funds for India’s ambitious renewable energy programme, roadblocks in getting low-interest finance for solar and wind power projects and international finance opportunities.

Moderated by Contributing Editor of Mongabay-India, Mayank Aggarwal, the panel discussed whether the steps taking by the government of India and public sector banks, to ease the flow of funds in the renewable power sector, are working. Further, the panellists discussed whether the regular flip-flop on policy issues by the central government and the states discourages investment, despite India having a liberal Foreign Direct Investment (FDI) policy in this sector. With extreme weather events on a rise in India, the discussion touched upon insuring renewable energy projects against climate disasters.

Setting the context about clean energy financing in India, Vibhuti Garg noted that if India wants to achieve the net zero roadmap, the corresponding investment requirement will be much higher than the sustainable development scenario (SDS), which means, more than the US$ 110 billion investment that is needed for SDS will be needed for a net zero goal.

According to Garg, more than Rs. 5.2 lakh crore has been invested in the renewable energy (RE) sector from 2014 till 2021. There was some slump on account of the COVID-19 pandemic and investment in RE in India declined by 24% in the financial year 2020-21. But now, with the revival of energy demand and commitment from banks and financial institutions to exit fossil fuel investment, the share of re-investment is rising and in the first six months of this financial year, between April and September 2021 investments in RE approximately USD 10 billion which is itself exceeding the value of investment in the last two financial years. Public sector banks are also now increasing their lending to their RE sector, observed Garg.

Thanikonda expanded that India has exhausted low hanging fruit in terms of what corporates can do on their own and what discoms can do with reverse auction and the volume they could have managed on their own. The country is at the phase two of renewable energy transition he said, where individual packages that different actors could pursue are not enough anymore and you need something more systematic, he said, adding that utilities will start playing a pivotal role right now. What was pioneered by corporates in the renewable energy space so far it will have to adapt to the reality where utilities take the driving seat and innovate.

Kundan Pandey touched upon the subject of equity highlighting that 68% of the Indian population is living on less than USD 2 a day and there needs to be a plan on how this majority of Indians is going to participate in the transition from traditional energy to new energy sources.

Pandey also expressed a lack of clarity on the government’s part saying that government has shown intent and taken many initiatives to promote renewable energy but they are overlooking the elephant in the room – the discoms – which have emerged as a problem rather than a solution in India’s energy sector. A comprehensive understanding and policy in the renewable energy sector will facilitate the flow of funds he said. 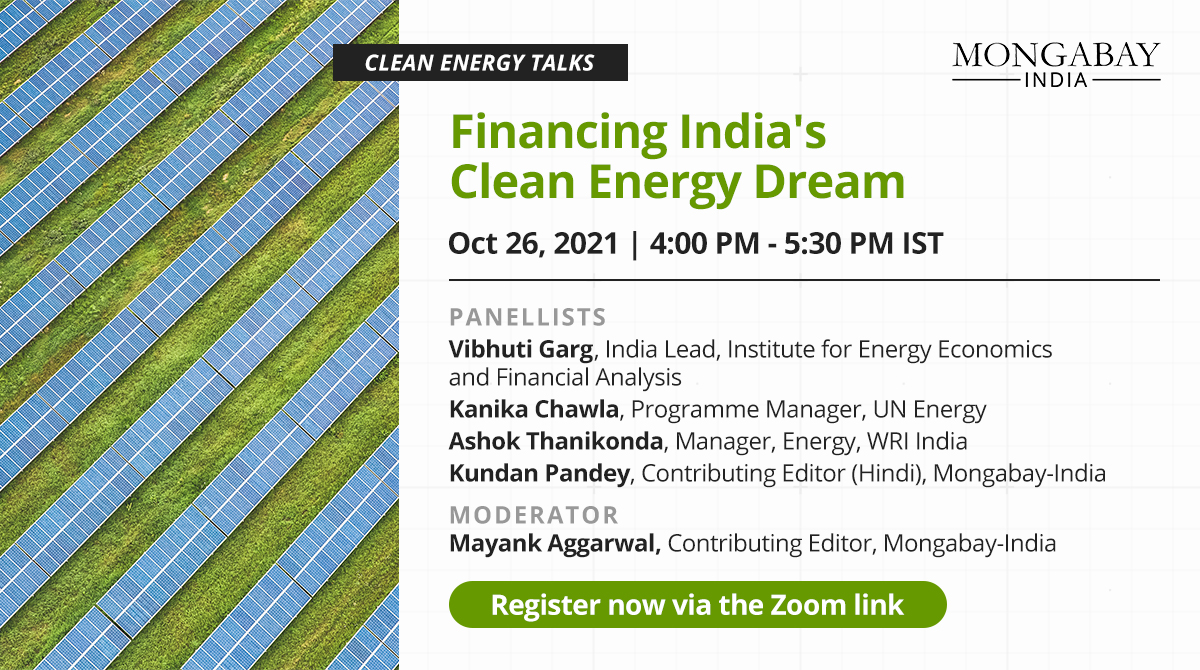