Fantastic beasts and why plastic is bad for them

Plastics, which are infinitely useful materials, are ever present in our lives today. A quick look around one’s house, whether in a city or in a village, will confirm this – every room will have at least one plastic product in it.

But plastic convenience comes at a heavy environmental cost.

The global carbon footprint for plastics, according to a 2021 report in Nature Sustainability, was calculated to have been two billion gigatons of carbon dioxide equivalent in 2015 alone, which accounted for 4.5% of global greenhouse gas emissions in that year. Apart from its effects on climate change, many studies have documented the effects of discarded plastics on wildlife, especially in marine systems.

Plastics also affect land animals. While it is known that many wild animals visit dump sites to forage for food and that microplastics (very small fragments of plastic invisible to the naked eye) can harm invertebrates like worms, very few scientific studies have looked at how plastics harm large animals. This is especially important when there is proof that large animals like elephants are eating and pooping plastics. 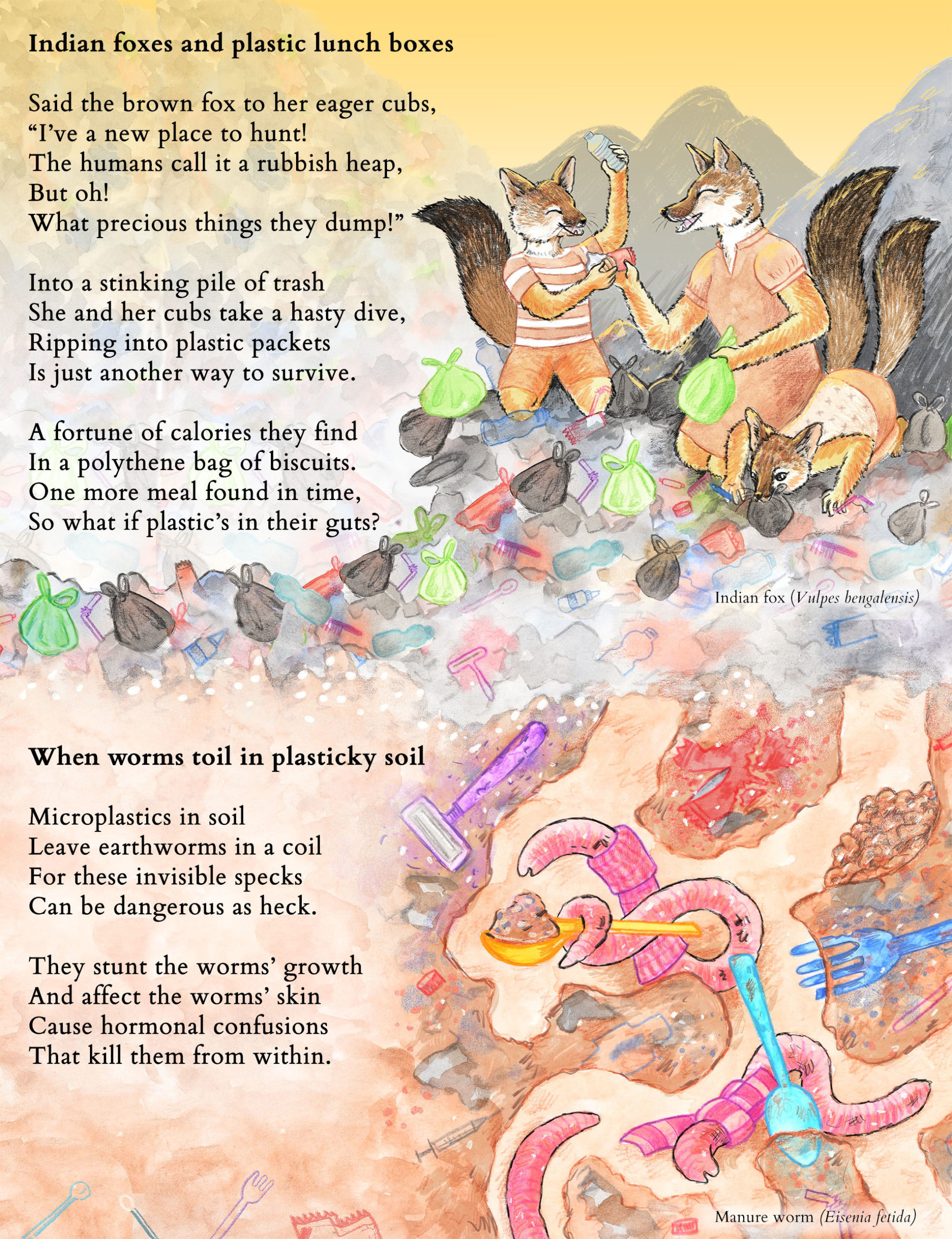 In Asia, plastic trash threatens the lives of many river and sea birds, according to a 2021 report from the CounterMEASURE project (which studies how the Ganges and Mekong rivers carry plastics from land into the seas/oceans and is working to reduce this). Many birds find brightly coloured plastic twine/sheets/ribbons attractive and use them to line nests; but, these plastics can wrap around the birds’ feet, wings, necks and heads to either strangle them or suffocate them.

In the Ganges, plastic ‘ghost fishing gear’, which are lost or abandoned fishing tools such as nets, twine, ropes, etc. can entangle and choke many aquatic animals. Some scientists believe that since past studies focused heavily on ocean or marine systems, there is not much understanding about how much plastic pollution threatens biodiversity in rivers and lakes. As of now, plastic pollution studies on river animals mostly investigate how microplastics affect fish and some invertebrates. The effects of how macroplastics (large pieces of plastic) affect mammals like otters and dolphins, and reptiles like turtles and crocodiles, are not very well known. 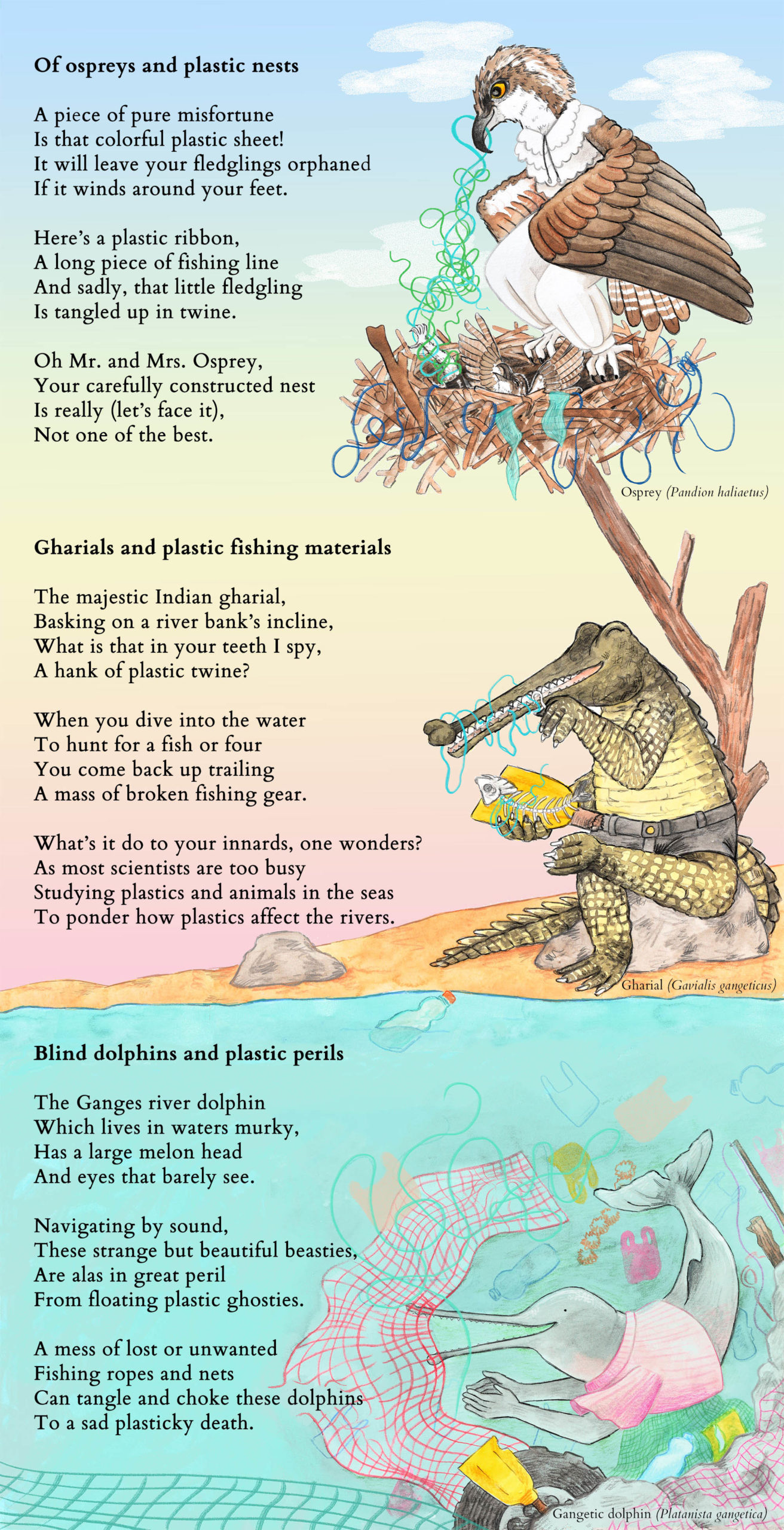 Many studies have documented how plastic trash in the oceans harm or kill all kinds of marine life. Even plankton, the microscopic floating organisms that support the oceans’ food webs, are affected by microplastics. According to the 2021 UNEP report titled From Pollution to Solution on marine plastic pollution, the largest and most long-lasting types of pollution are caused by macroplastics (large pieces of plastic) in the form of lost or abandoned fishing gear and trash from inland sources. Externally, these macroplastics can entangle and suffocate marine species; internally, ingested plastics can choke animals or obstruct their guts and kill them by slow starvation.

Trash such as bottle caps, cigarette butts, and other small plastic products floating in the ocean become covered in algae that emit smells similar to many seabirds’ main food sources – fish and krill. This tempts birds to eat plastic debris that accumulate in their stomachs and eventually starve them to death. 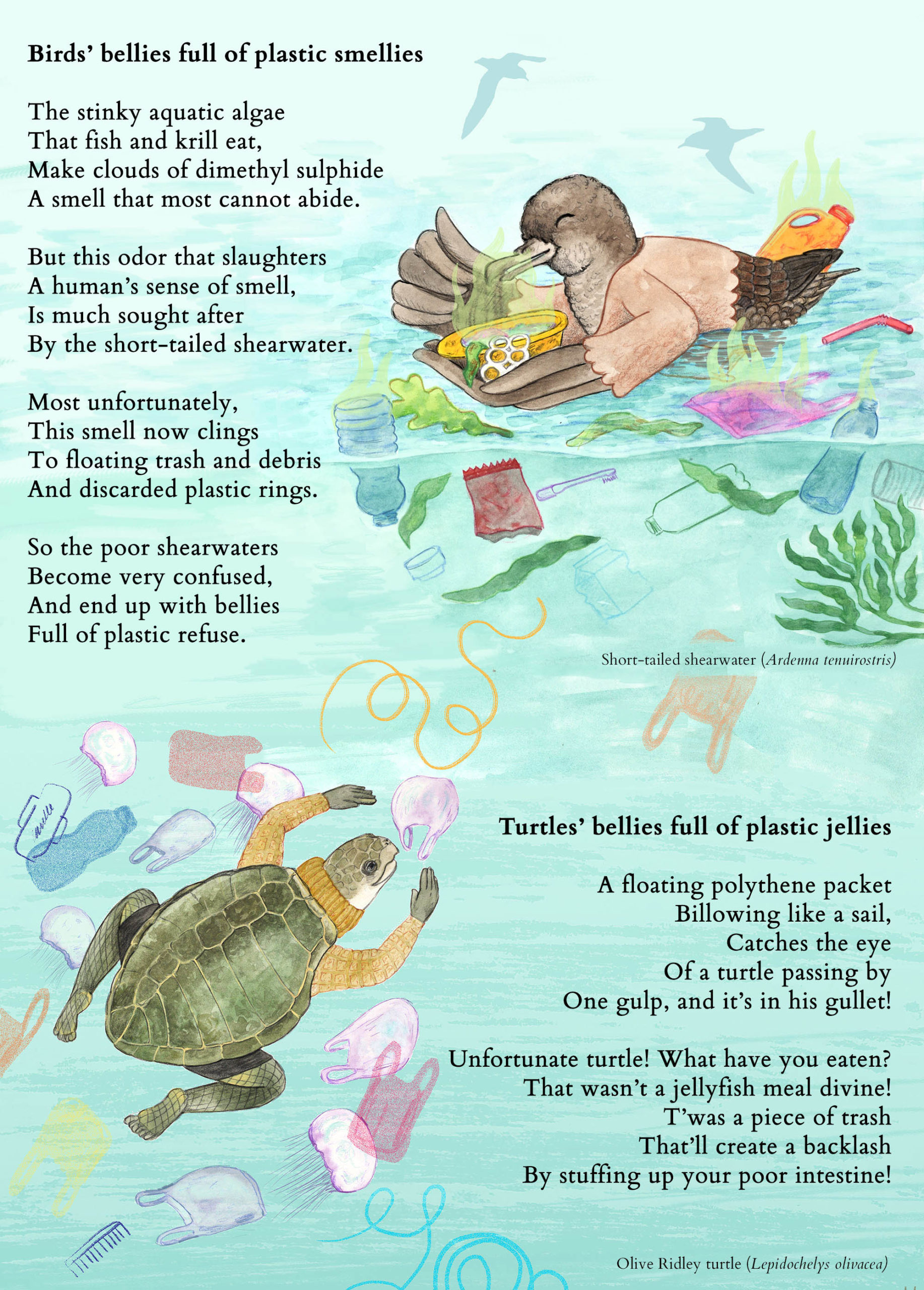 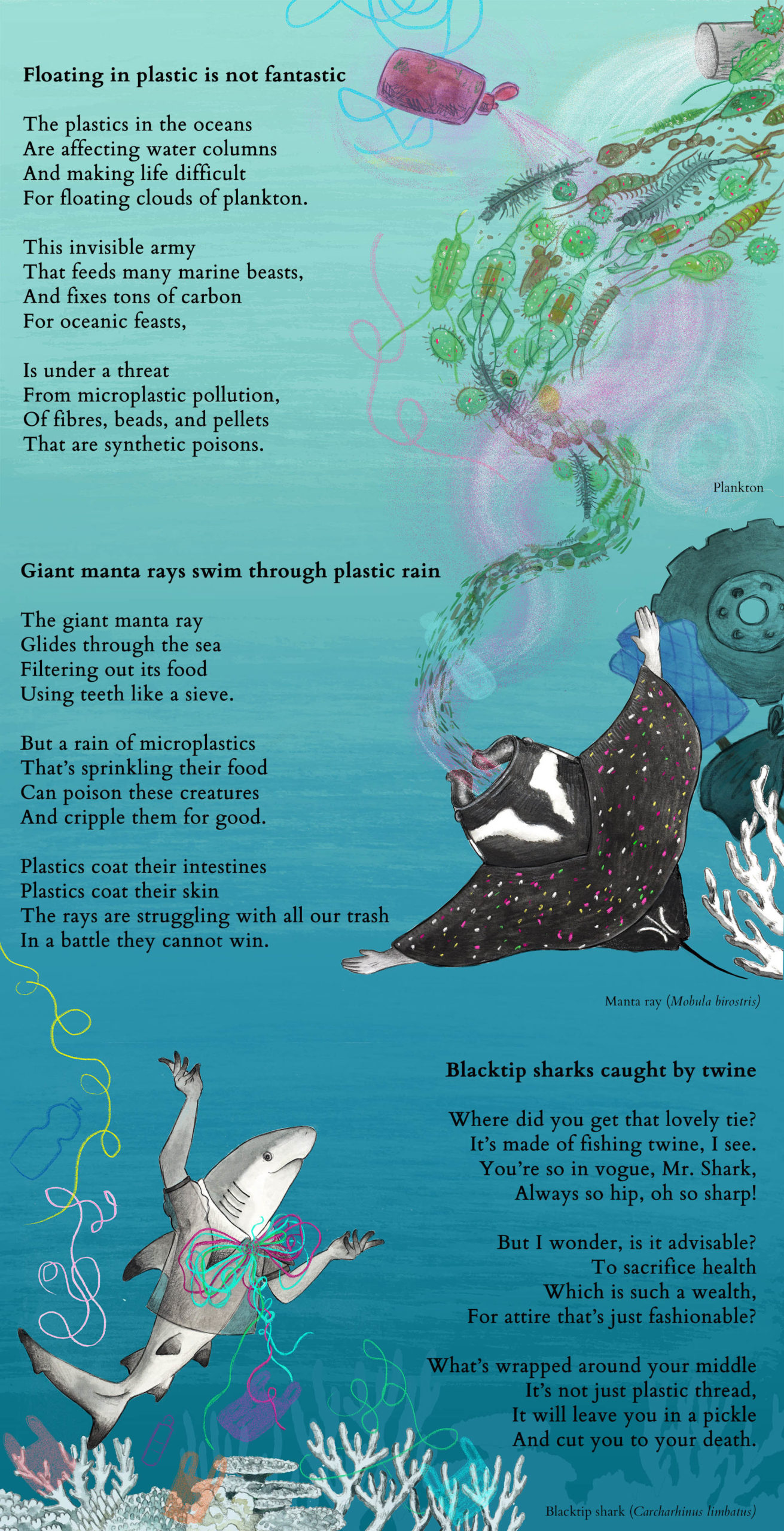 Several studies have necessitated the importance of managing waste, particularly plastic waste. While it is vital to reduce plastic at source and consume less plastic, humans must also improve disposal methods and take steps to ascertain that plastic doesn’t end up damaging the immediate natural resources, flora, and fauna.