The indigenous people (adivasis) living around the Kodingamali hill in Koraput district of the state of Odisha have launched a fresh agitation against the Odisha Mining Corporation (OMC). Aggrieved by the damages caused by bauxite mining at Kodingamali, they are demanding that mining in the region be stopped forthwith. These villages, under eight panchayats of three blocks in the district, lie on the fringes of the Kodingamali hill and are affected by the mining activities in the region.

The mining project was started last year. In February 2018, soon after obtaining clearances for the Kodingamali bauxite mine, the government of Odisha introduced a new bauxite linkage policy. The OMC signed a Memorandum of Understanding (MoU) with Indian mining company Vedanta, to supply 70 percent of the bauxite obtained from Kodingamali to Vedanta’s refinery situated about 150 km away at Lanjigarh in Kalahandi district. Vedanta had earlier been importing bauxite from countries like Brazil and Guinea as well as neighbouring states like Chhattisgarh and Andhra Pradesh to feed its 2 mtpa (million tons per annum) refinery.

In 2017, OMC received forest clearance for developing a new bauxite mine in 435 hectares of forest land in the Kodingamali hill region. Soon after this, a mining contractor, Mythri Infra, was hired for excavation and mining of bauxite ore at Kodingamali. The company initially employed local villagers as security guards and transportation workers, and many villagers in Dasamantpur block joined Mythri’s mining project. “We were told that mining would usher in infrastructure development in the region, but in reality, Mythri and the OMC have been exploiting us once the company began its operations,” said a local resident Sambar Muduli.

“I was told I would be paid nine thousand rupees per month as salary and additional benefits like provident fund and health insurance, but all I got was five thousand rupees a month and nothing else,” said Sanjit Kumar Khosla, one of the security guards in the company who worked for nine months in the organisation and has now quit his job. Many adivasis like him have stopped working in the company and are demanding a proper salary from the mining infrastructure development company.

Khosla further said, “We approached the district administration, the local member of the legislative assembly (MLA) and the OMC and complained about the ongoing irregularities, but all we got was assurances and nothing else. Now mining here does not benefit us in any way. We want our Mali (hill) back, it belongs to us.” 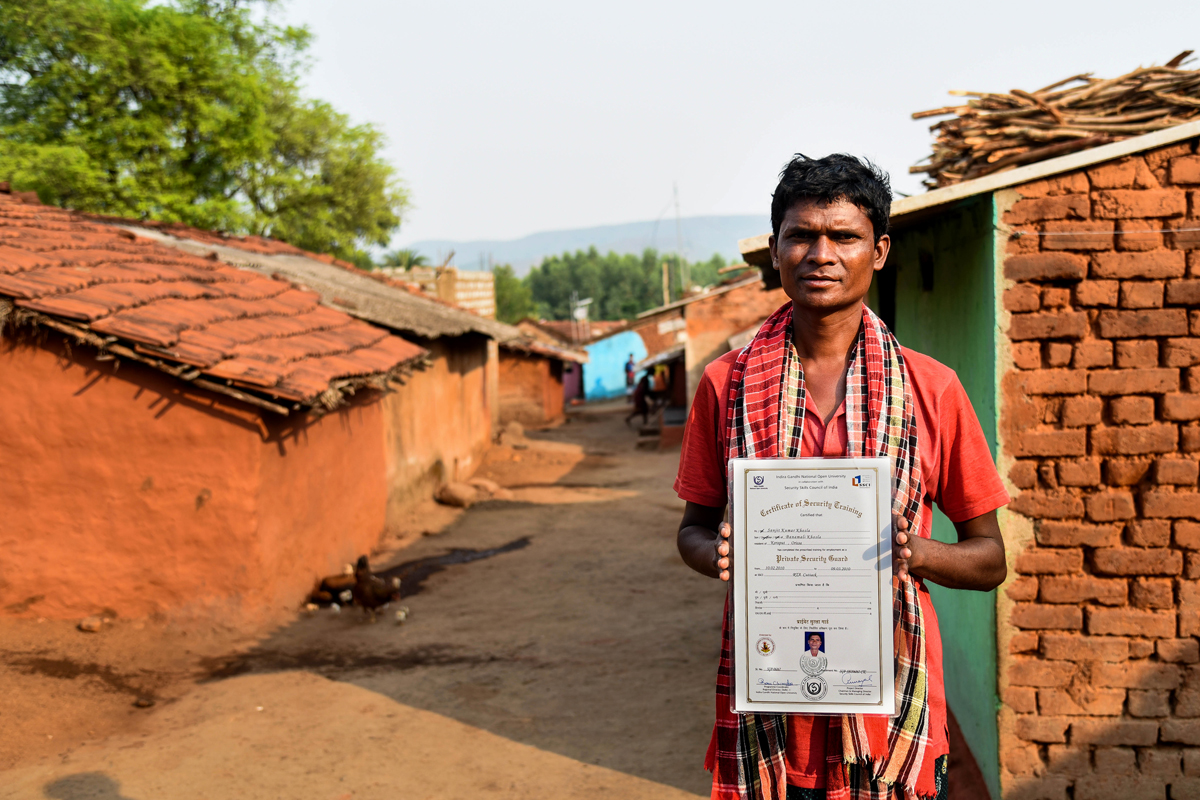 Sanjit Kumar Khosla from Dasamantpur block quit his job as a security guard at a mining company due to non-payment of salary. Photo by Tanmoy Bhaduri.

Villagers are now alleging that the mining project had been started against the wishes of the locals and without the consent of the gramsabhas. Last November, a delegation comprising villagers of the affected villages met the secretary of the Odisha State Pollution Control Board and demanded an inspection of the mining activities going on at Kodingamali. “Last October, the effluents released from the mine flooded our agricultural lands at Talakai Padar and Narsikai Padar village, the entire land has now become non-fertile,” said another local, Sambru Hikaka. Affected villagers complained that no action had been taken to date despite having submitted a complaint to the district collector soon after the incident.

The effluents released from the mine regularly mix with the streams which are the lifeline of the local community. Villagers used to collect drinking water from these streams, but now all the streams are contaminated with chemicals. A villager in Biriguda said, “Now we have to walk more to fetch safe drinking water.”

Prafulla Samantra, well-known activist and Goldman Prize winner, has taken up the issue with the environment ministry and the state government of Odisha. “As Kodingamali hill is in scheduled area and Adivasis have rights over the land on this hill, the Panchayats (Extension to Scheduled Areas) Act, 1996, the Forest Rights Act, 2006, and the provisions in the Schedule V of the Constitution have to be followed before allotting mines or diverting forest land for mining, but the government has ignored everything and grabbed this land,” he said.

Residents of 24 villages at the foothills of Kodingamali are now up in arms against bauxite mining from the hill in their immediate vicinity. On April 13 last year, a few villagers torched a tipper of the mining company, and the police arrested five people for allegedly instigating villagers against bauxite mining at Kodingamali hill. After that mining at Kodingamali came to a halt for a while, as villagers stopped mining and launched a stir demanding the establishment of a hospital, safe drinking water facility, electrification of the villages and proper education facilities in the area.

Meanwhile, a few residents of Laxmipur block who are supporting the mining operation, have submitted a memorandum to the district administration demanding the resumption of mining at the earliest. The protesting villagers have alleged that the OMC and Mythri were trying to foil their protests by using the services of middlemen and anti-social elements.

Kailash Chandra Kulesika, the Laxmipur MLA, said, “I’m aware of the fact that the villages adjourning Kodingamali are being polluted on account of the mining activities. A few affected villagers have told me about the damages caused due to mining. I have assured them that I would raise the issues with the administration without taking into consideration my party’s stand on the issue.” 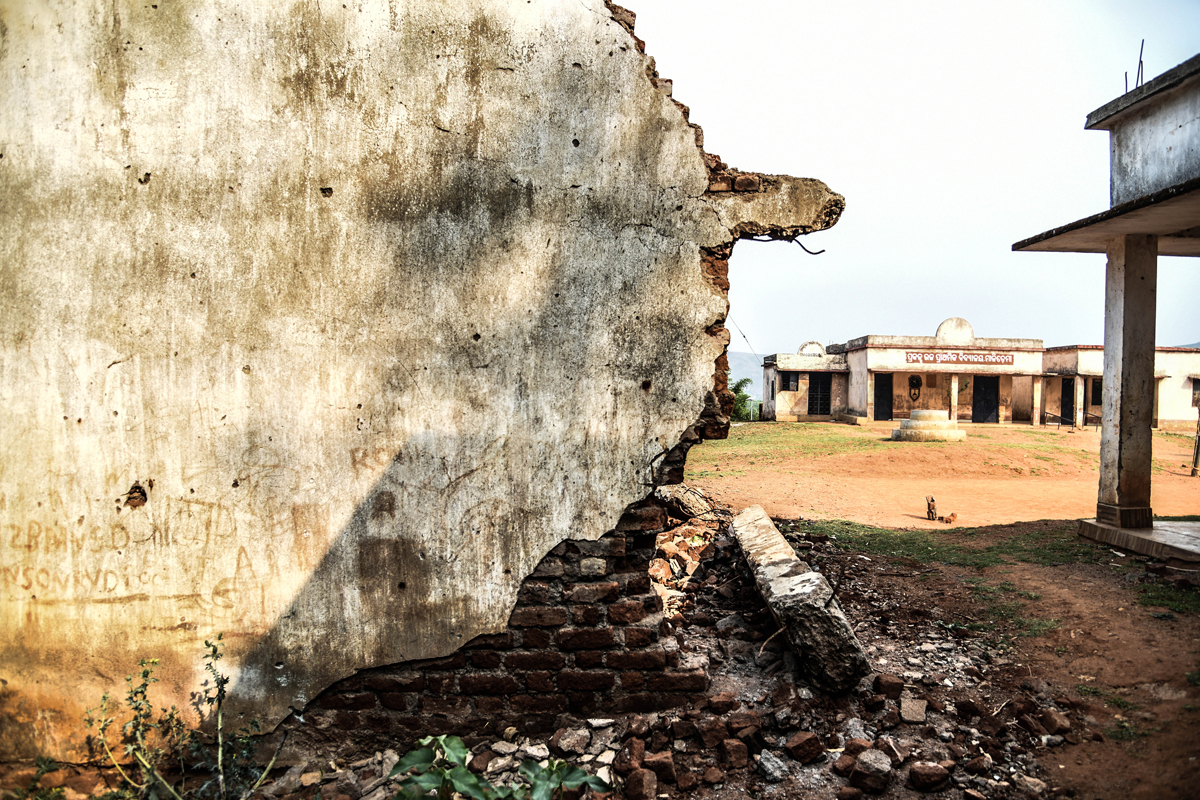 A structure of a school in Malichema collapsed recently and locals believe that this was due to the constant blasts in the mine.

Trucks transporting bauxite from the mines traverse through the village roads each day, raising dust that is contributing to the air pollution in the region.

“Around 300 trucks are plying every day within this 20-km stretch from Kodingamali to Kakiriguma. The problem of dust increases during the summer months when the heat is also intense. The wind blows throughout the day and the night and brings dust into our houses, and onto our lunch plates. Company officials hardly ever bother to sprinkle water on the road (to settle the dust),” said Bhagaban Nayak of Kakiriguma Janajagaran Mancha.

Tukuna Bisoi, an environmental activist based in Kakiriguma, has been fighting for justice. He says, “Villagers living in 120 villages under seven gram-panchayats are the ones affected most due to the transportation of raw bauxite. We have already informed the District Collector of Koraput three times about this problem; we have also approached the State Pollution Control Board, the Member of Parliament and the local MLA and urged them to intervene in this issue. However, the government has turned a deaf ear to our pleas.”

People are migrating from their traditional habitats to other states seeking better livelihood options. A large number of adivasis from south Odisha seasonally migrate to Kerala and Tamil Nadu to work in brick kilns.

Activist Samantra said. “These lands have belonged to adivasis for centuries, and every tribal community has their own tradition linked to their land. Odisha government acquires land without considering the socio-cultural impact. Tribal communities living in Odisha have already lost their tradition, culture, land and language.”

Attempts to contact the district magistrate of Koraput, the local member or Parliament and OMC have been unanswered. 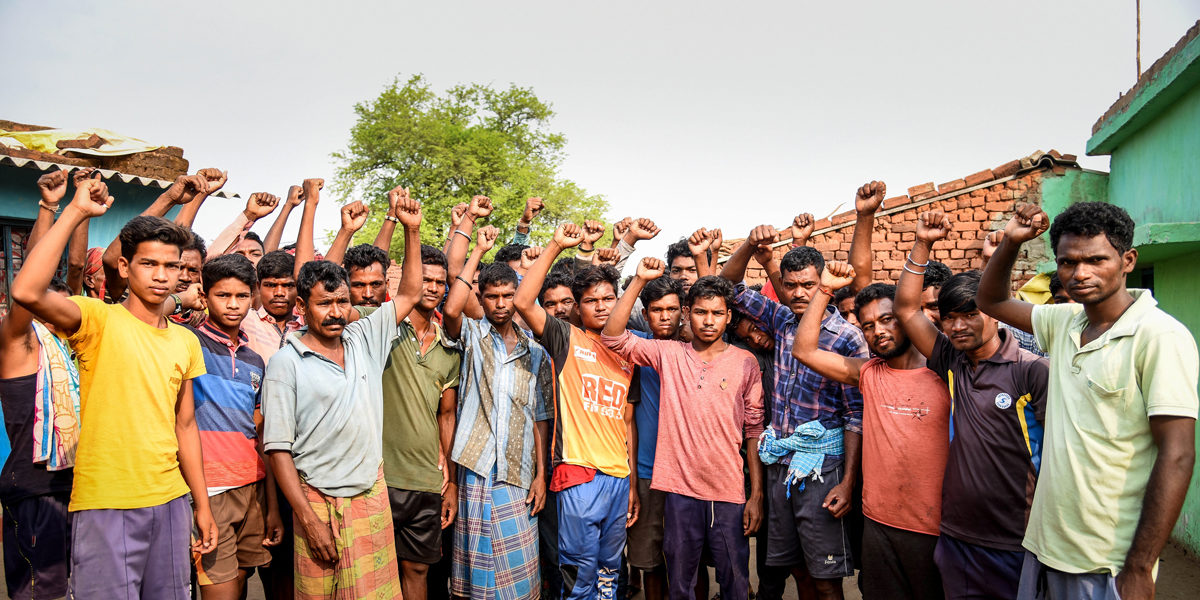