In the second week of January, staff at a local resort in Masinagudi, Tamil Nadu, in trying to chase away a wild elephant, inadvertently set it on fire. A video of flames engulfing the animal’s head was circulated widely on social media.

The incident is particularly distressing, but in a similar vein to elephant-related news that has dominated public space: Elephants chased as they raid fields and farms, elephants trampling people, the animals electrocuted by high power transmission lines on their path or becoming collateral damage in a conflict between farmers and crop-raiding boars.

Such conflict plagues most elephant ranges globally, a product of a complex set of factors such as acute habitat loss, fragmentation, degrading quality of forests, easy availability of crops as fodder. In India, it is particularly severe with about 500 people killed annually by elephants, and about 100-150 animals being killed in retaliation.

In this story of human and animal seemingly locked in perpetual war what is lost is the bond that elephants and humans have shared for thousands of years—be it as faithful companions in war or workhorses in the timber trade. Also missing in the picture is the nature of elephants: Are we to believe the sole identity of the elephant as a dangerous, temperamental beast, akin to tigers propounded as ‘maneaters’ by shikaris of yore?

Two recently published books delve into these themes, though the approach is vastly different. 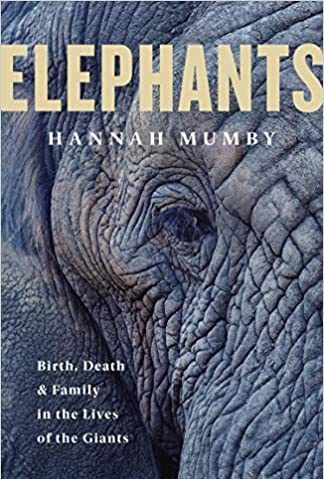 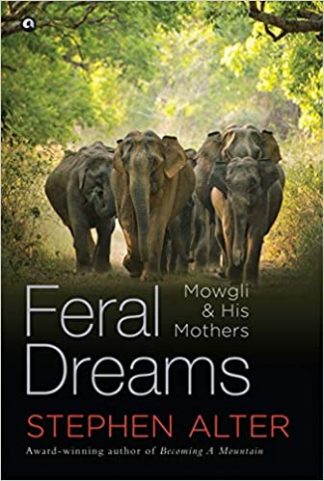 The first Elephants: Birth, Life, and Death in the World of the Giants is a work of science and a labour of love.  The author Hannah Mumby is primarily a biologist who spent years both in Africa and Asia researching elephant behaviour and ecology. She studied the rhythm of their lives – sex, births, the growing years, deaths.  One chapter ‘Listen’ is devoted to vocalisation and communication within herds — and across species, as elephant and oozie (mahout) ‘speak’ and respond to each other. The author examines the life histories of generations of Asian elephants in Myanmar studying meticulous records of elephants going back over a century and meeting with their descendants as well as their oozies.

Mumby also documents the threats – people and elephants caught in the crosshairs of conflict and the horrors of poaching, amplified when the victim is someone you have observed and knew.

The book particularly dwells on the nature of elephants. That elephants are sentient, social intelligent beings has been established by science; Mumby strengthens this hypothesis. She observes their deep bonds with kin, evident in times of contentment ‘grandmothers, mothers, sister, exchanging noisy greetings, touching, pausing for a snack; as the calves frolic in a waterhole.’ And in times of distress as evinced by the outpouring of grief at the death of Eleanor, the matriarch of the ‘First Ladies’ herd, who were studied as part of a long-term project in Samburu, Kenya.

Further, Mumby views elephants as individuals; seeing something of ourselves in them, and them in us. For example, in writing about the legacies of older generations, she muses about the knowledge passed down from her grandmother, drawing parallels with the matriarch of an elephant family sharing her wisdom as the baton passes on.

Throughout, Mumby the biologist walks a tightrope struggling between strictly reporting what can be measured and defined; and giving meaning to what she observes and senses; but cannot be placed in any theoretical context. It was Jane Goodall who pioneered what we might call empathetic science by giving her study chimp names: David Greybeard, Mr. McGregor, Humphrey, Fifi and so on – an approach disdained by her peers. Such a personal approach was considered an anomaly then and one wonders if things have changed much; or if our deeply ingrained speciesism continues to limit science. “When studying humans as ethnographers we participate and embed ourselves within that context”, yet argues Mumby, “we remove ourselves from the context when studying other animals.”

The author’s effort is “not to lose the science or the wonder, but to give tools to rethink our approach to animals and our priorities in conservation.” Mumby uninhibitedly pours herself in the book (also writing about her struggle with a potentially life-threatening disease) and her passion for elephants, and their conservation is refreshingly unapologetic, perhaps a deterrent to those looking for a rigid research focus.

I find that this softer edge that gives room to observations and anecdotes makes science accessible, while not compromising on its robustness.  The author’s writing is simple and honest; and her voice eloquent and strong as she pens a fascinating insight on the most remarkable of animals: elephants.

The other book Feral Dreams could not be more different, though naturalist and writer Stephen Alter is as passionate an elephant advocate, and through this work of fiction communicates their sentience and wisdom. Another common thread is the relationship between human and elephant, eloquently expressed in the easy intimacy between the young ‘Mowgli’ and the matriarch in Alter’s book.

One of the author’s earlier books In The Jungles Of The Night is a fictionalised account of hunter-naturalist Jim Corbett’s life and times. This time Alter turns his creative eye to pen a contemporary adaption of another enduring work of the colonial era: The Jungle Book. Rudyard Kipling’s story of a ‘man cub’ raised by wolves in the jungles of Central India has inspired many adaptations, from Doordarshan to Disney to Robert Heinlein’s sci-fi Stranger in a Strange Land.

Feral Dreams follows the life of a human infant brought up by wild animals in a forest besieged by poachers, and then his assimilation into human society. Alter’s work is in many ways a counter to Kipling’s. He does away with the colonial sting that was—not unsurprisingly—part of the original Jungle Book. Kipling’s classic shows Mowgli becoming the ‘master’ of the jungle, while Alter’s Mowgli is part of the rhythm of forest life, even as he struggles with the differences he perceives in himself from his other animal friends.  Alter also allows the animals to be their true selves. There is no good or evil in nature, and the author is careful not to portray any animal as a ‘villain’, for example, as tigers ‘Shere Khan’ were in Kipling’s book.

The first part of Feral Dreams covers Mowgli’s early life in the forest as conjured up by Ms. Elizabeth Craston, the principal of a missionary school where Mowgli ultimately ends up.

Mowgli is found in a coracle in the Hathi Talao Wildlife Sanctuary by a herd of gentle elephants, led by the ‘matriarch’, herself an elephant of both worlds, having been a captive one earlier.  She lifts him with her trunk and assumes maternal responsibility along with a troop of monkeys. The idea of a human infant surviving in the wild, nurtured by wild animals is fantastical, and could easily have gone awry. Alter deals a deft hand, making this surreal world seem plausible, though we are left wondering if the child’s wild upbringing is real or imaginary.

Mowgli’s relationship with the matriarch is tender, expressed through her fierce protection of the wilful child and in their imaginary conversations: ‘How big was I’ (when I was found)?” asks Mowgli. “About the size of a jackfruit,” the matriarch answered, ‘I still remember the look on your face, as if you recognised who I was…”

Mowgli is—inevitably—‘rescued’ by forest guards and taken to Ms. Craston’s missionary school. Expectedly, Mowgli’s, now christened Daniel, rebirth in a ‘civilised’ society is troubled, a feral foundling struggling to fit in an alien world.  He learns language, learns to bathe, to wear clothes, he imbibes table manners but is never quite ‘humanised’. This otherness makes him a target for bullies.  Pained and drawn to the boy, Ms. Craston adopts him, but Daniel is not able to accept her as his mother.  As he says, “Nobody had asked me if I wanted to become Miss Cranston’s son.” The distance grows when she takes him to the U.S., where she is deported for extending help to a notorious dacoit, also a product of the orphanage.

Though Daniel eventually ‘settles’, works in MIT, finds a partner, there remains within him a vague discomfort, perhaps of not truly belonging, at odds with his identity. As Alter voices in an interview, “If Daniel were to be asked, “Where are you from?” he wouldn’t be able to honestly answer.” This is in stark contrast to how Mowgli blends in the forest in his infancy, the caring and quibbling with his animal friends and ‘sibling’, Chutku the monkey, and his tender bond with the matriarch.

While Mowgli and the troubled Daniel are the stars in his book, it is the jungle of the lower Himalayas and its denizens that Alter knows and loves that steal the show. What I also found utterly fascinating is that the book allows us to imagine how a human might be viewed from the perspective of other species.

Feral Dreams is a skillfully, beautifully crafted fable of our times. An ode to elephants and the fast-vanishing forests of India, a question to our assumptions of religion and notions of civilisation, the book is at once heartbreaking and uplifting. In its 200 pages, it braids together broader themes of colonialism, identity, speciesism, belonging and alienation.

Feral Dreams is a lucid, luminous read. I read it one sitting, but the questions it raises continue to provoke and tantalise.