Rooftop solar – where solar panels are placed on top of buildings – is an important aspect of India’s clean energy journey. India has set a target of 500 gigawatts (GW) of renewable energy by the end of the decade.

Though many factors affect the efficient functioning of this system, among residential consumers solar rooftop is of interest because of savings on electricity bills and a setup that does not need additional land or transmission lines. A 1 kW rooftop system generally requires 10 sq. metres of shadow-free area.

Rooftop solar in India has a lot of potential, but the growth has been slow owing to a variety of factors, including a concentration on large-scale solar power plants.

In the fourth edition of Clean Energy Talks – Mongabay-India’s webinar series on renewable/clean energy in India – the discussion focussed on the rooftop solar sector in the country.

The webinar covered topics like government’s policy interventions for the sector, concerns of the power sector when it comes to rapid adoption of rooftop solar and the role of rooftop solar in the growth of the solar sector. The webinar also included a consumer’s perspective on the challenges and benefits of installing solar panels in their home. 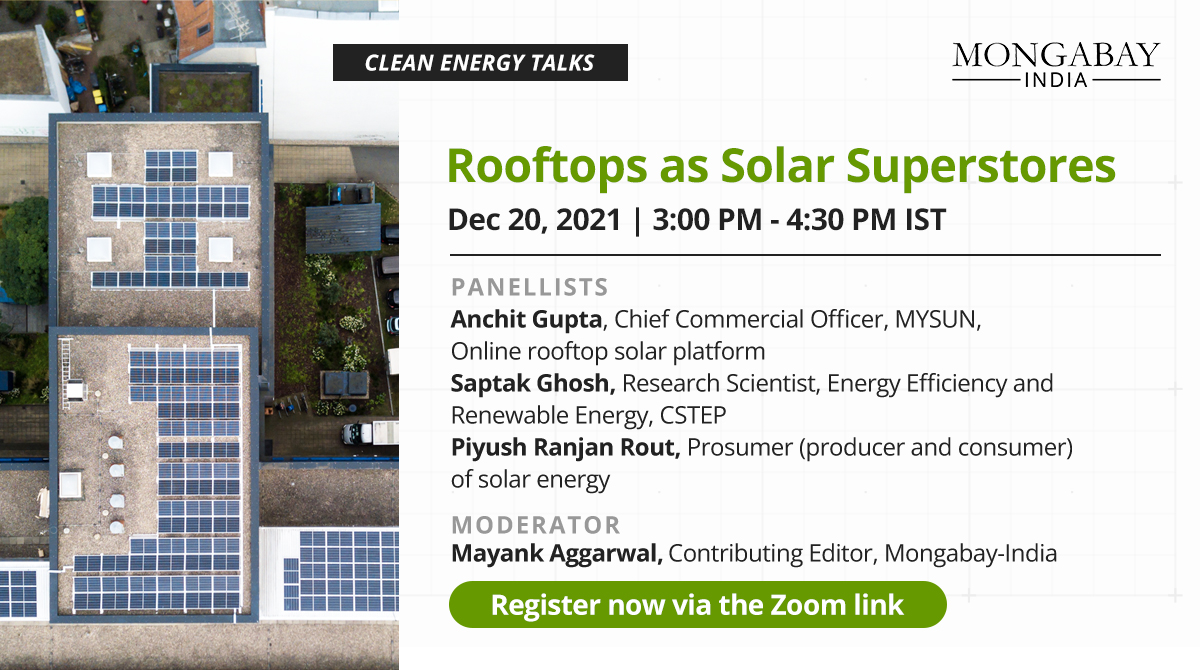