[Webinar] Where is India on the green hydrogen map?

In the recent past, green hydrogen has emerged as an attractive and viable technology that has received tremendous support both from the government and the industry. It is turning out to be a key component of India’s ambitious renewable energy plan, even though India has a target of production of only five million tonnes of green hydrogen by 2030. The recent collaboration between the Indian government and the private sector is an apt example of the focus on the sector.

In the webinar, the panellists discussed touched upon the cost-competitiveness of green hydrogen and how it can be a game-changer for India’s automobile sector. Through the webinar we also discussed how the industry is responding to green hydrogen, the challenges in employing this latest technology, and whether some of these challenges can be addressed by pointed interventions from stakeholders including the government. 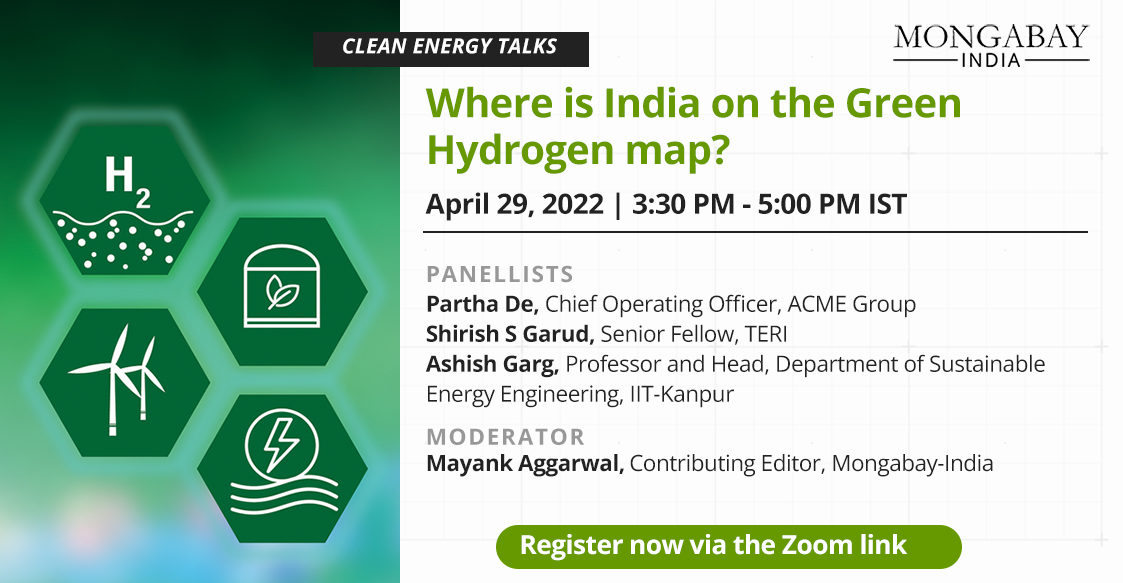