[Illustration] The journey of plastic pollution in the Ganges

Born at the confluence of the Alaknanda and Bhagirathi rivers, the Ganges river traverses a distance of over 2500 kilometres from the snow-capped Himalayas, through the vast alluvial plains of north India, before it meets the Brahmaputra river and joins the sea.

As the Ganges, fed by its many tributaries, flows through some of the most densely inhabited stretches of India and Bangladesh, it is a vital water source for over 655 million people. Throughout history, religions have been born on the riverbanks – with temples that still welcome pilgrims from far and wide to worship its sacred waters. Imperial capitals and civilisations have risen, ebbed and flowed along its fringes.

Throughout its journey, the river accumulates plastic – macro, meso, and micro, from various sources, and transports it towards the sea. The Ganges network forms the second-largest plastic polluting catchment in the world, with over 0.12 million tonnes of plastic discharged into marine ecosystems per year, and is among 14 continental rivers into which over a quarter of global waste is discarded. 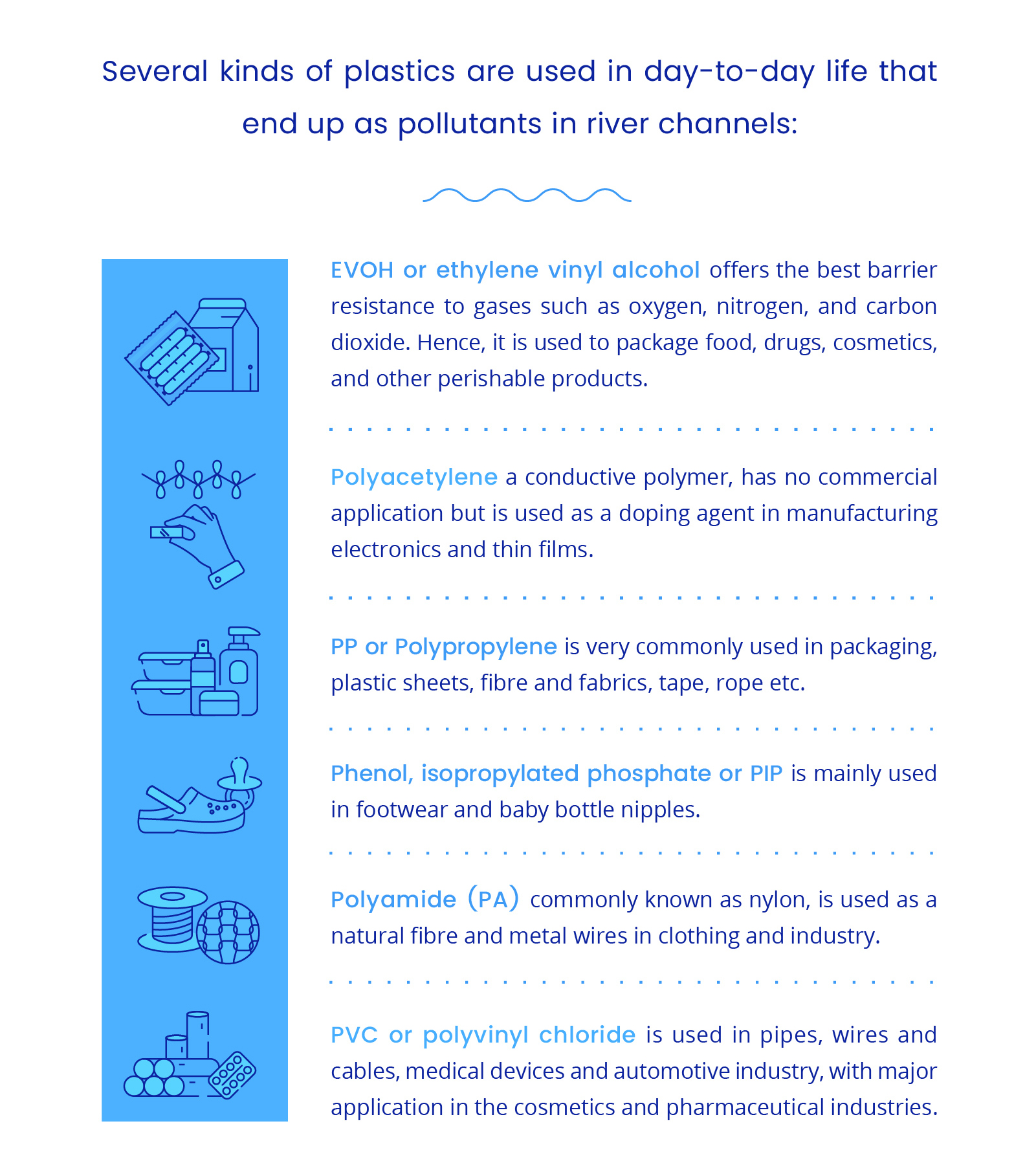 The Ganges is among the top contributors of land-based plastic pollution into global oceans – the river serves as a conduit for terrestrial waste ending up in marine ecosystems. 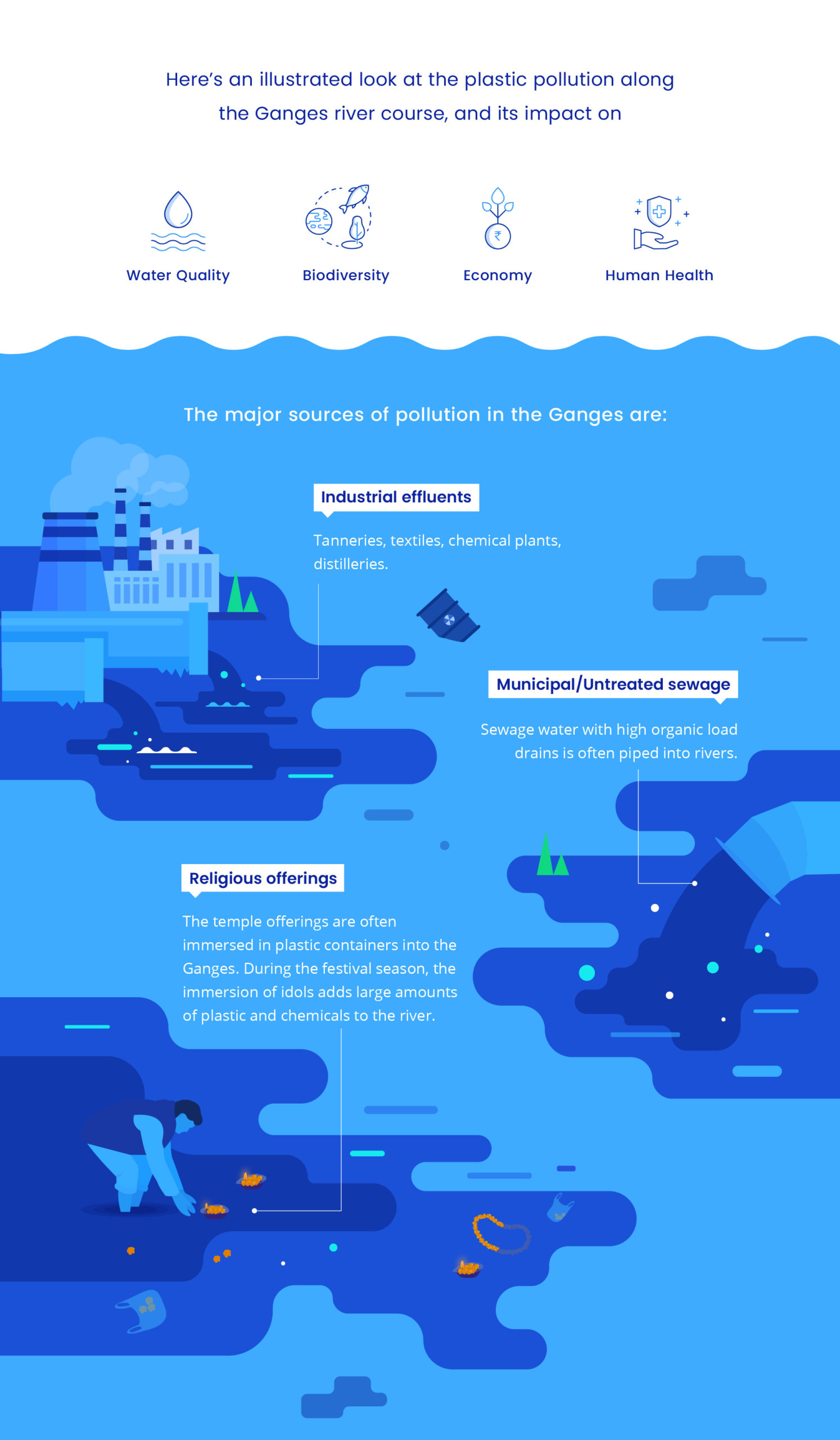 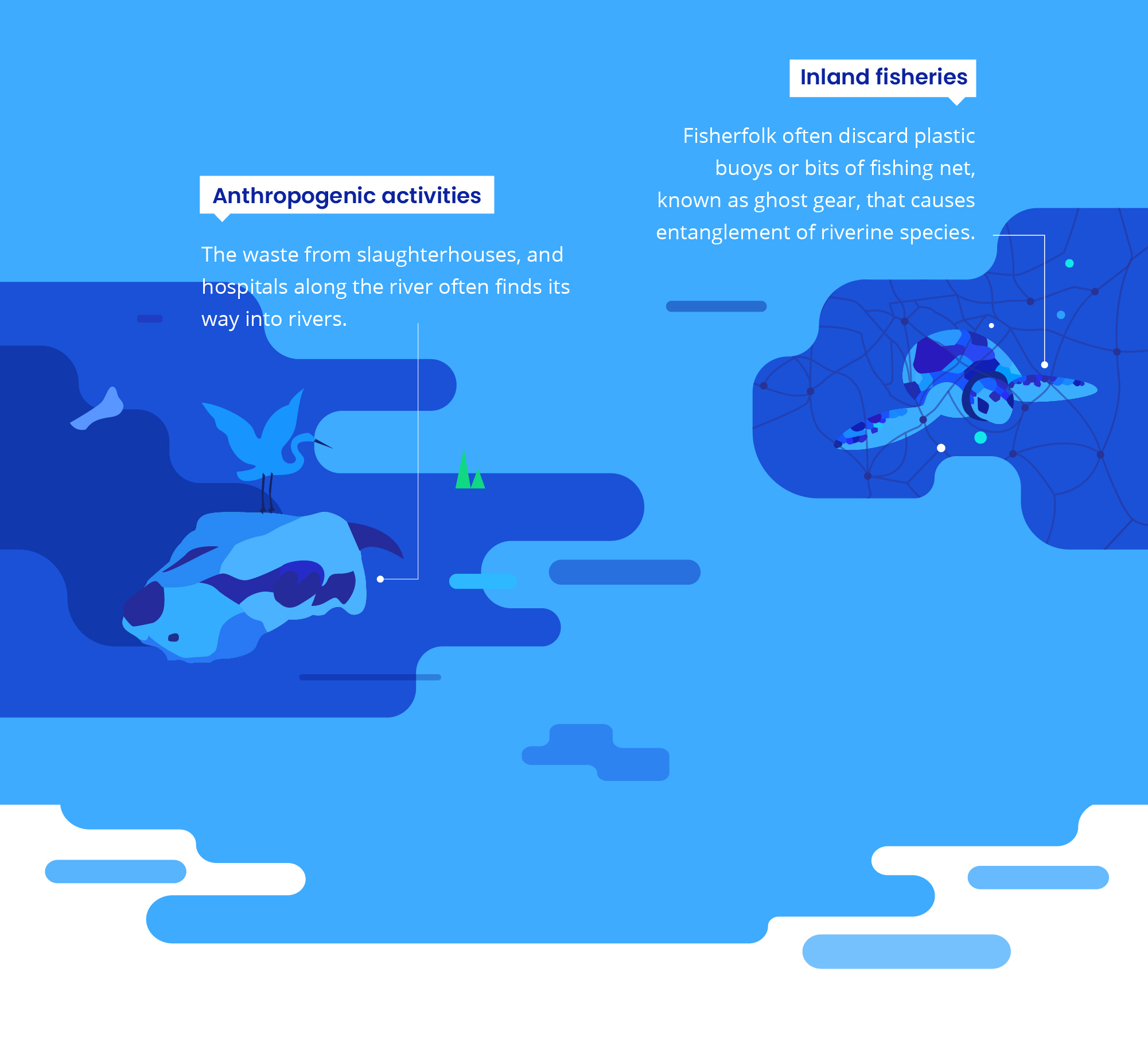 The Upper Ganges zone stretches from the mountainous catchment areas of its two major tributaries, Alaknanda and Bhagirathi, to the alluvial plains of Uttar Pradesh, terminating at the state’s administrative boundary with Bihar. The main stem of the Ganges river begins where the Alaknanda and Bhagirathi rivers meet at Devprayag, in the Garhwal district of Uttarakhand. Along its upper reaches, the Ganges is fed by many headstreams or source streams like Dhauliganga, Nandakini, Pindar, Mandakini, as well as the catchments of rivers like Ramganga, Ghaghara, Gomti, and Tons. During its journey, it erodes and transports a lot of sediment from higher elevations, to deposit it downstream as rich, alluvial soil along the plains and has long been an essential lifeline for biodiversity, people, agriculture, and civilisations in north India. 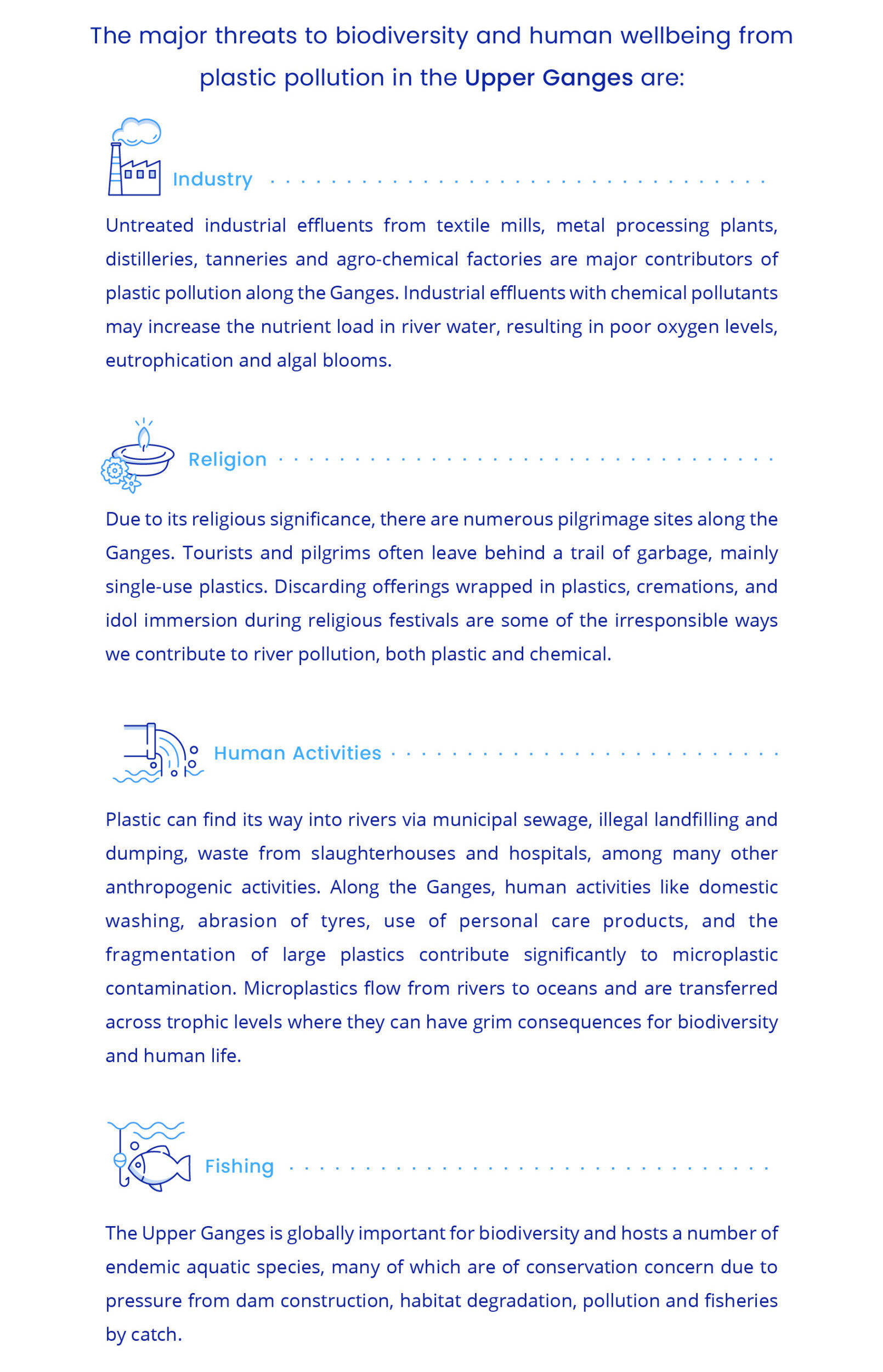 To add to this, plastic pollution from ghost gear – any derelict, discarded, lost or abandoned fishing gear in aquatic systems, and from urban centres poses a further threat to biodiversity and human wellbeing. 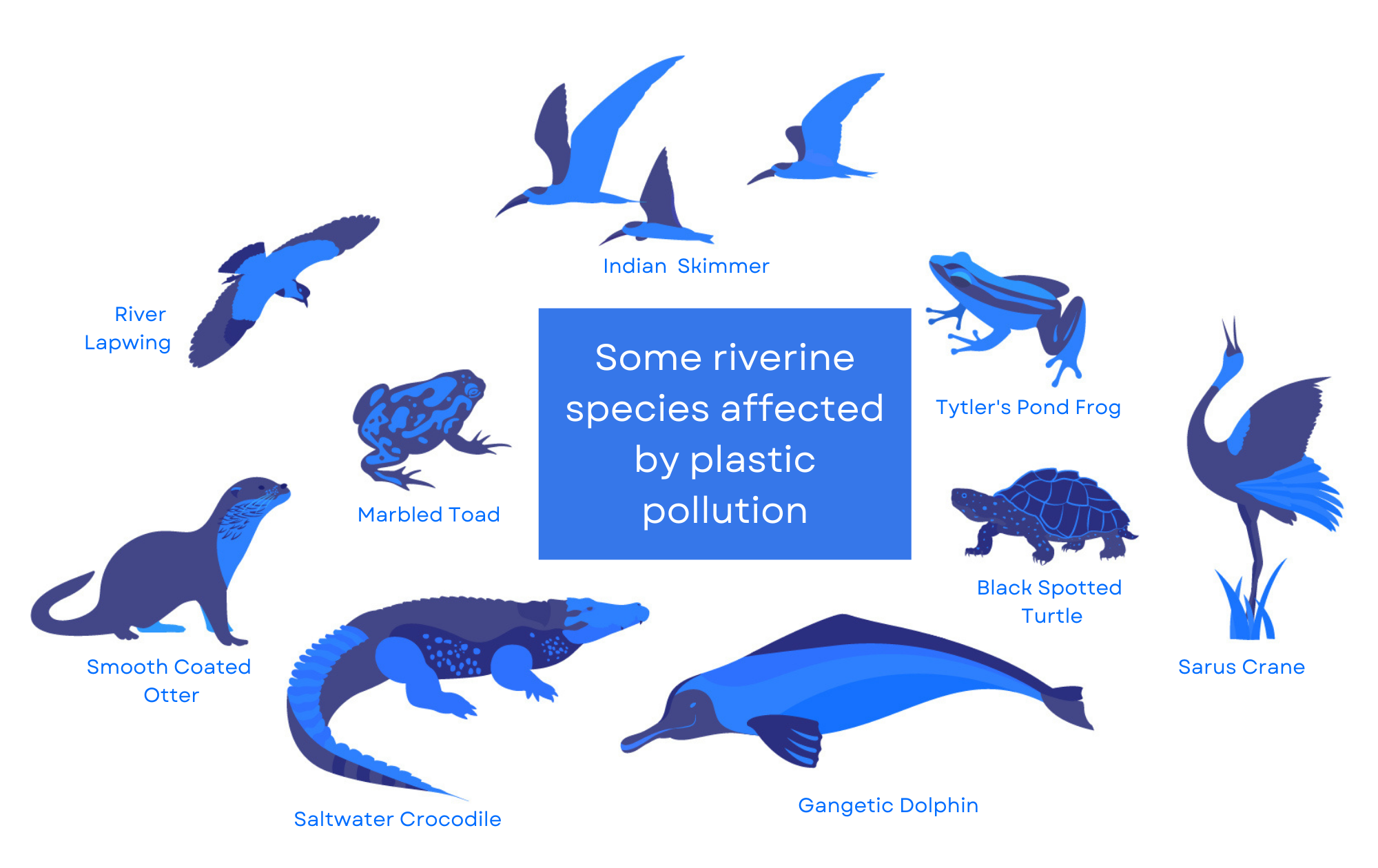 In August 2021, the Convention on Migratory Species (CMS) and the United Nations Environment Programme (UNEP) published a report as part of the CounterMEASURE II project, which documented the threats faced by terrestrial, freshwater and avian migratory species in habitats across Asia and the Pacific. It concluded that plastic pollution has a disproportionate impact on migratory species, as they cover larger geographical areas and face greater exposure.

The Lower Ganges zone starts at the administrative boundary of Uttar Pradesh and Bihar. From here, the river flows eastwards past the Farakka barrage to meet the Brahmaputra, forming a massive delta of ever-shifting, mangrove-covered islands, before it empties into the Bay of Bengal. 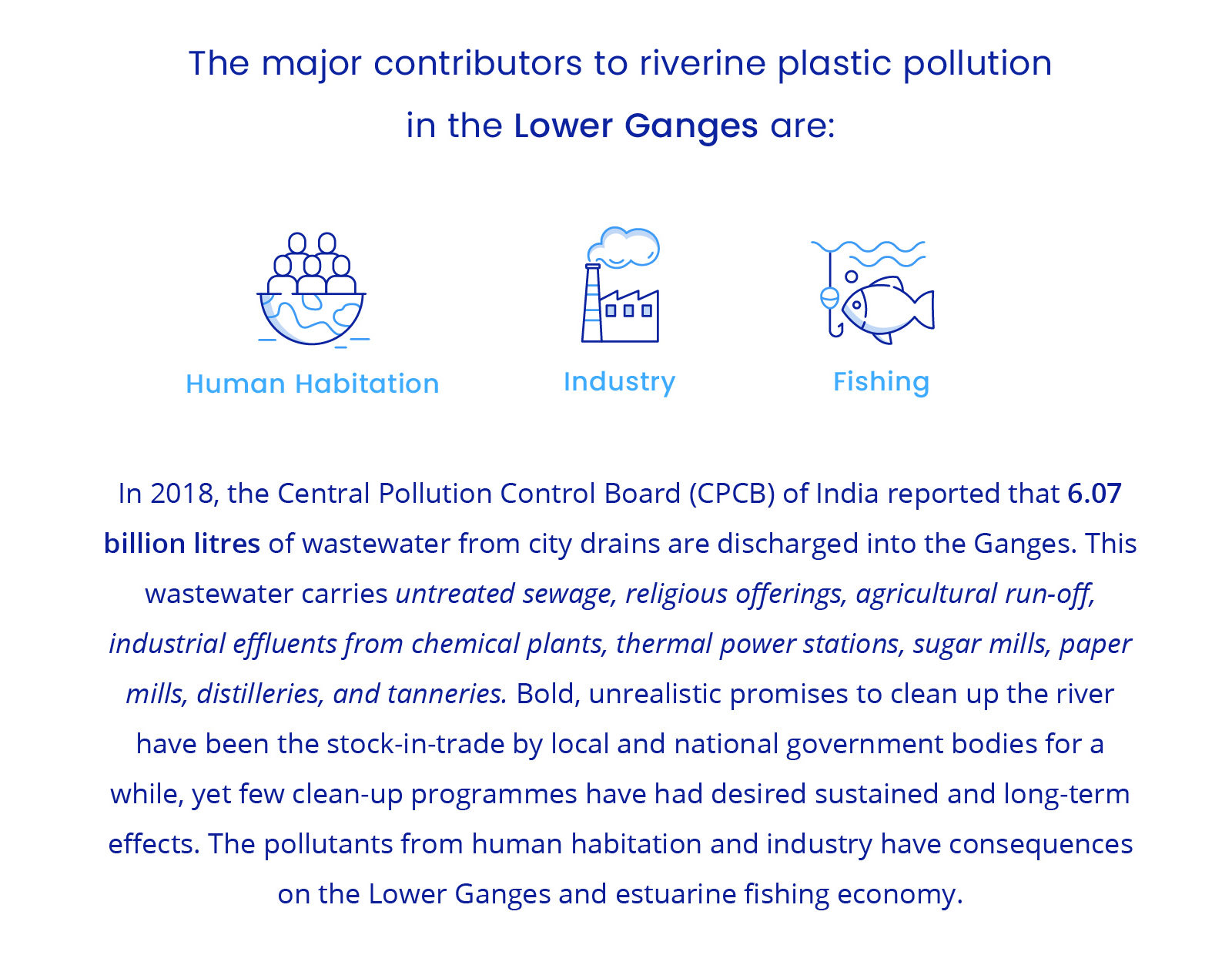 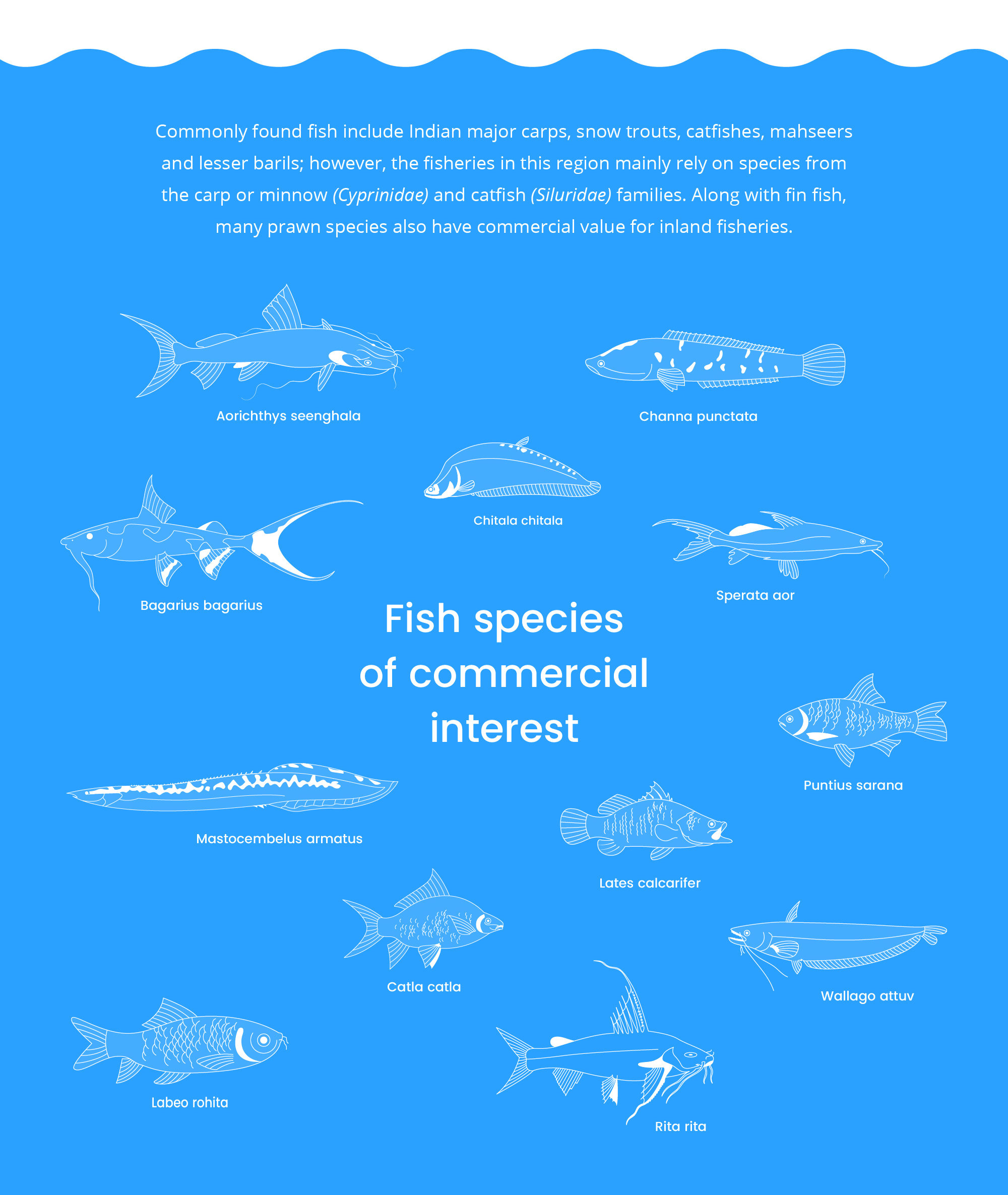 Inland fisheries face threats from urban and industrial waste, agricultural pesticides, heavy metal contamination, the construction of the Farakka barrage, resulting in dwindling stocks. In turn, over-exploitation by fisherfolk threatens the biodiversity along this stretch, and their ghost gear has far-reaching consequences in aquatic ecosystems. 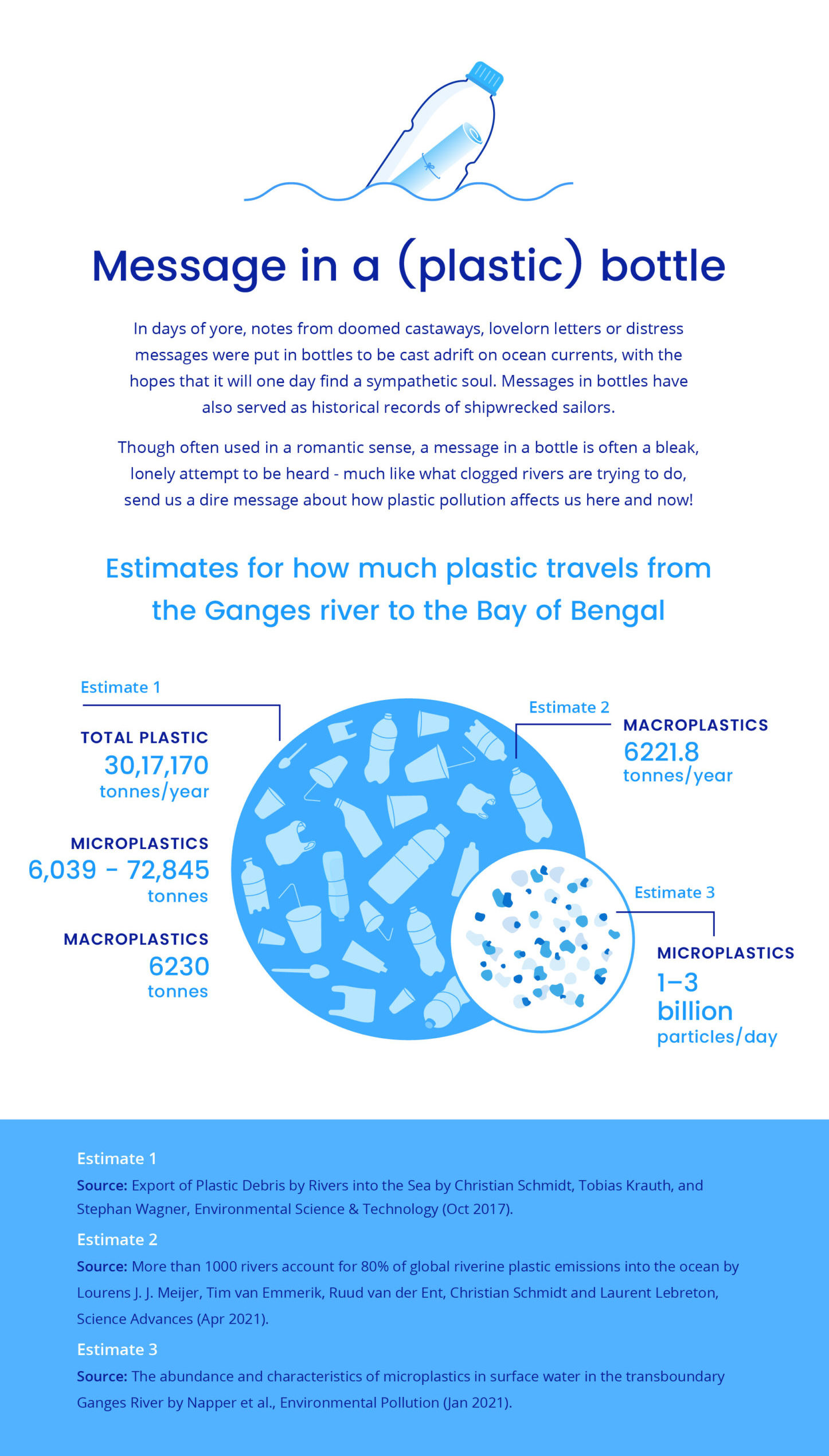 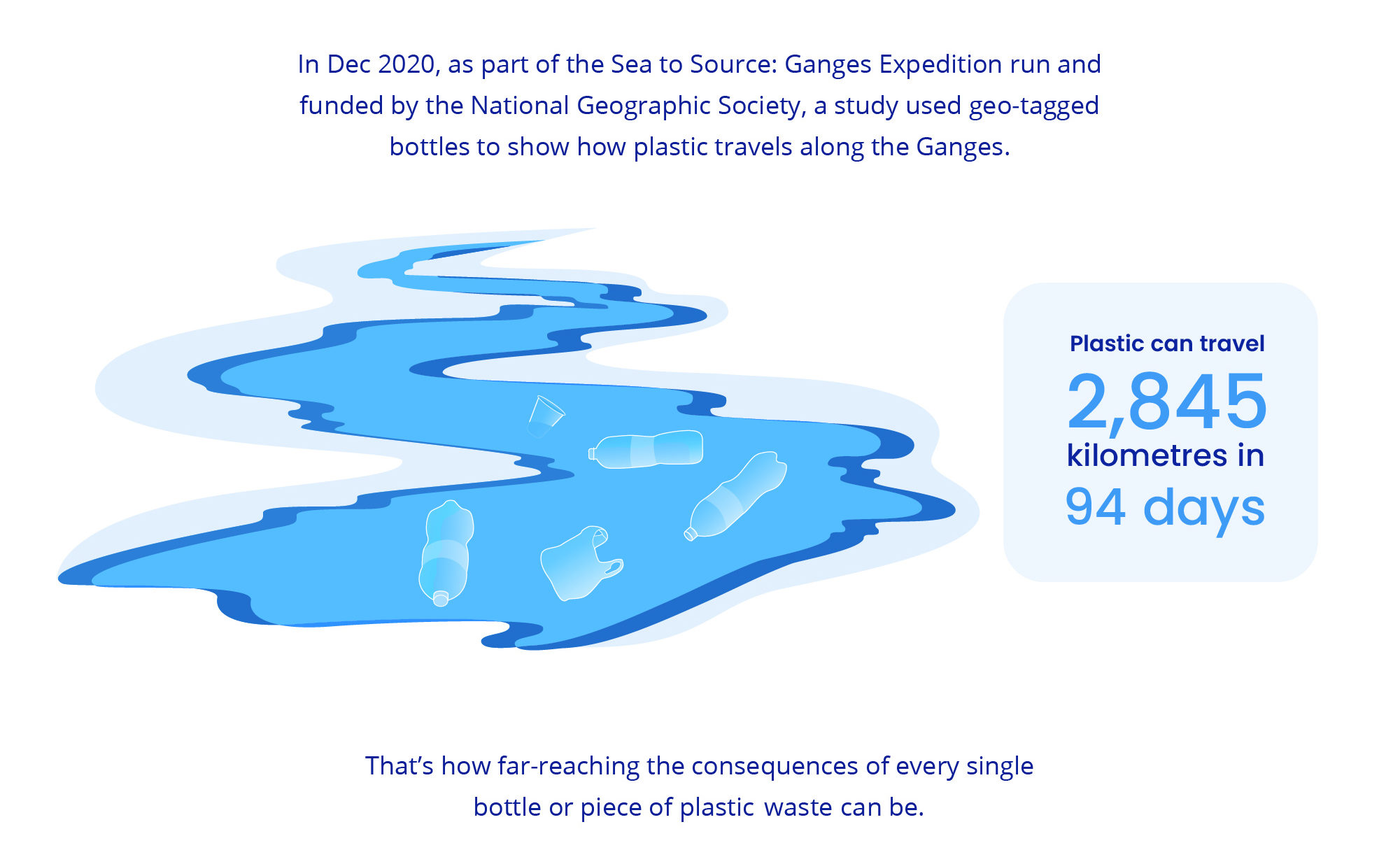 Some proposed solutions include finding and adopting alternatives to plastic, and then addressing terrestrial sources and dumping grounds, before tackling marine litter. Further research, like that undertaken by the CounterMEASURE project, implemented by the United Nations Environment Programme’s Asia and Pacific chapter, funded by Japan, can help identify the key sources and pathways of microplastic to better design intervention measures. Targeted, informed interventions will be crucial in ensuring the health of humans, biodiversity, and ecosystems.

Impacts of Plastic Pollution on Freshwater Aquatic, Terrestrial and Avian Migratory Species in the Asia and Pacific Region