As the Second World War ended in the mid-1940s, an important scientific breakthrough was to add a strong weapon to the global fight against malaria. The industrial synthesis of chloroquine, combined with the spraying of DDT, was a major breakthrough in the fight against the disease. Malaria medication till then, based on quinine extracted from the bark of the cinchona tree, had severe production limitations that prevented its effective distribution.

This global development had its environmental impact. Suddenly it was possible for populations to move into areas uninhabited due to the fear of malaria – such as the wetlands ecosystems, located at the interface of land and water. The worldview then was to look at these wet landscapes as hell incarnate, and several languages, such as English ingrained these negative connotations – usages such as being ‘mired’ and ‘swamped’ with problems, and ‘bogged’ down with work. Thousands of square kilometres of forest and wetland habitats were brought under the plough or converted into rural, urban or industrial habitations.

The colonial land administration system in India, developed for revenue generation purposes, classified wetlands as ‘wastelands’ – lands that were better used when converted for gainful purposes and agriculture or settlements. Even post-independence, government-supported wetland drainage projects were taken up in several parts of the country, much of the expansion of agricultural and urban areas taking place on wetlands. Several states had, and still continue to have, drainage divisions that specialised in draining these waterlogged areas.

Wetlands caught global policy attention in the mid-twentieth century when erstwhile water bird hunters realised shrinking game areas as the wetland habitats had shrunk in industrialised landscapes. Global efforts culminated in the establishment of the Ramsar Convention in 1971. This year – 2021 – is the fiftieth year since the international treaty was signed in the Iranian city of Ramsar.

India was one of the first 17 countries which had agreed to the establishment of the Convention. However, the final ratification of the Convention happened in 1982, at the behest of the then prime minister, Indira Gandhi. When the Ministry of Environment, Forest and Climate Change came into being in 1985, the National Wetlands Conservation Programme was one of the earliest schemes to be established, providing a window for states to receive financial support for prioritised wetlands.

Despite these efforts, wetlands have continued to languish, with much effort being placed for conserving the wetlands designated to the List of Wetlands of International Importance (or the Ramsar List) and select sites of high biodiversity or tourism value.

Historically, wetlands had a special place in Indian society – ancient texts referred to these marshy lands as ‘anupa’ or incomparable. Across the country, societies devised ways to manage these ecosystems, at times by regulating access, harvest or judiciously using their resources. But as governments began putting in regulations and defining the administration for these ecosystems in various forms, communities moved into the background.

The appalling disconnect is visible in several ways – in the form of sewage outlets and dump yards in wetlands, and rampant encroachment and conversion – the meagre conservation efforts put in by the government falling woefully short of the rapid pace of destruction. The neglect of wetlands becomes even more stark since a majority of wetlands in India (550,000 out of 770,000) are small wetlands, in the form of tanks, ponds and small depressions in rural and urban settings. 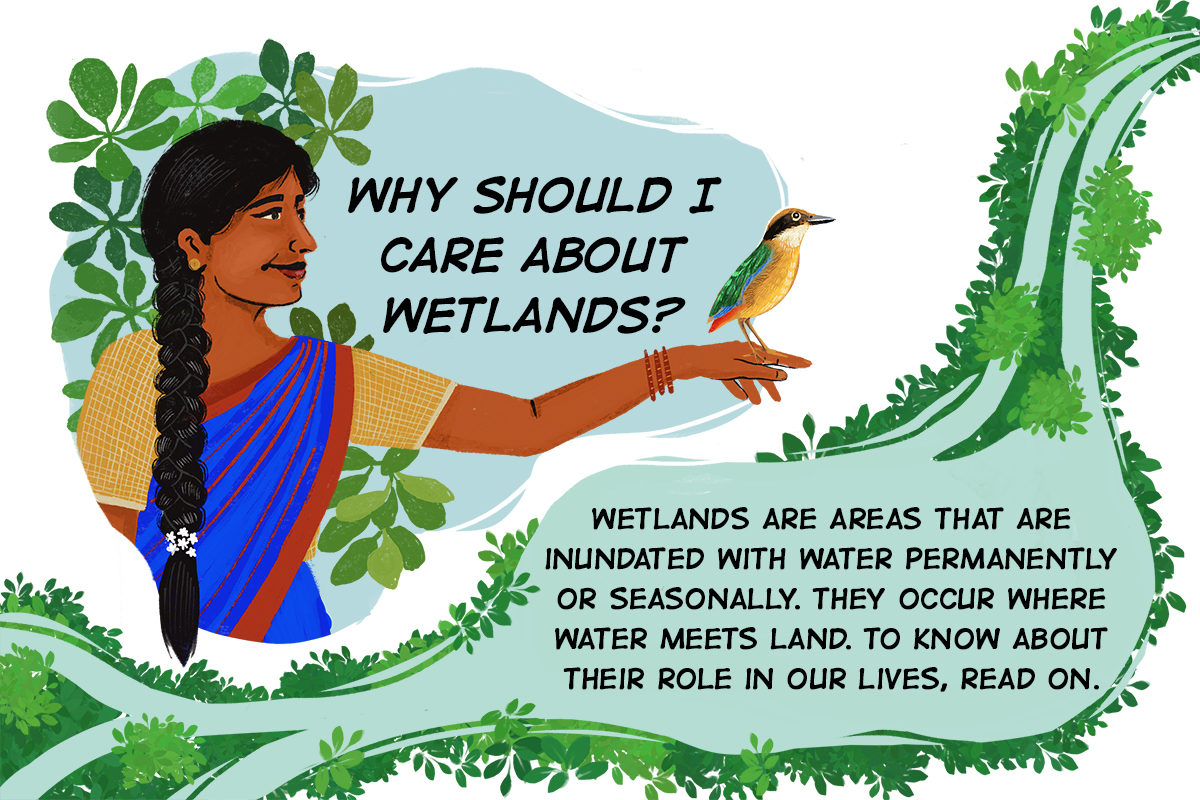 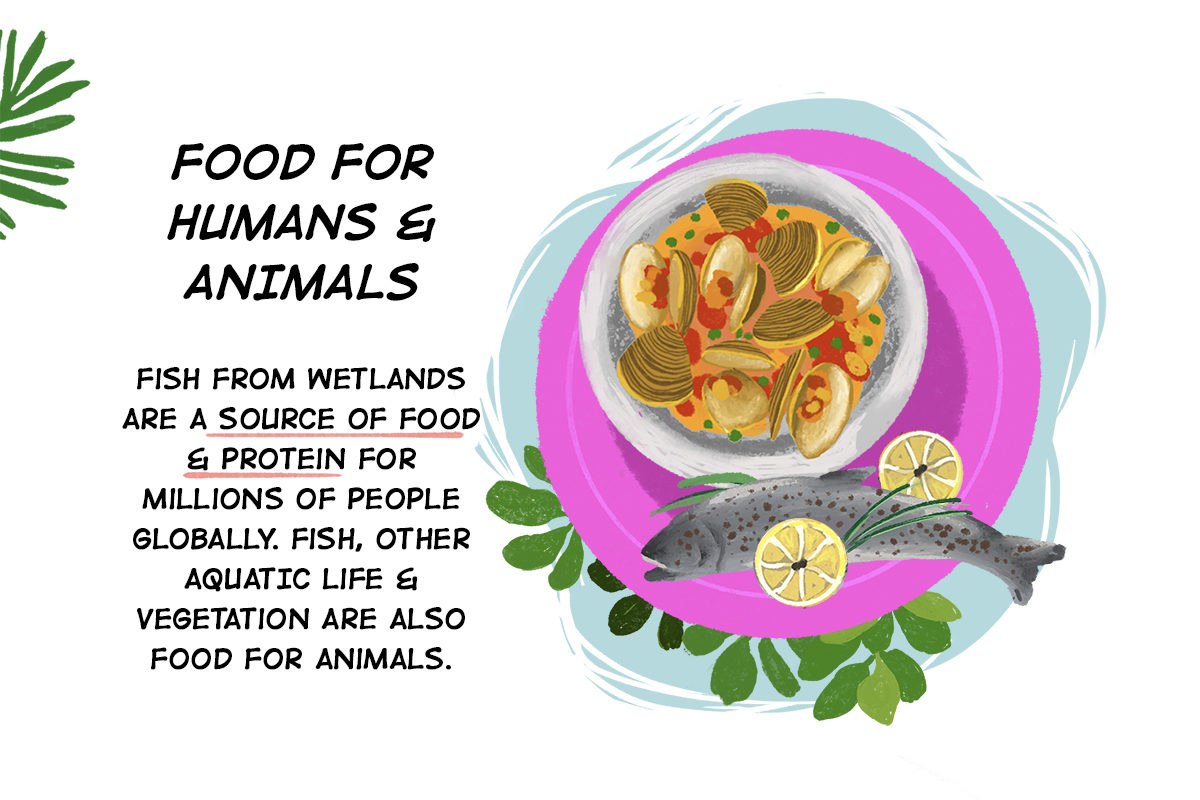 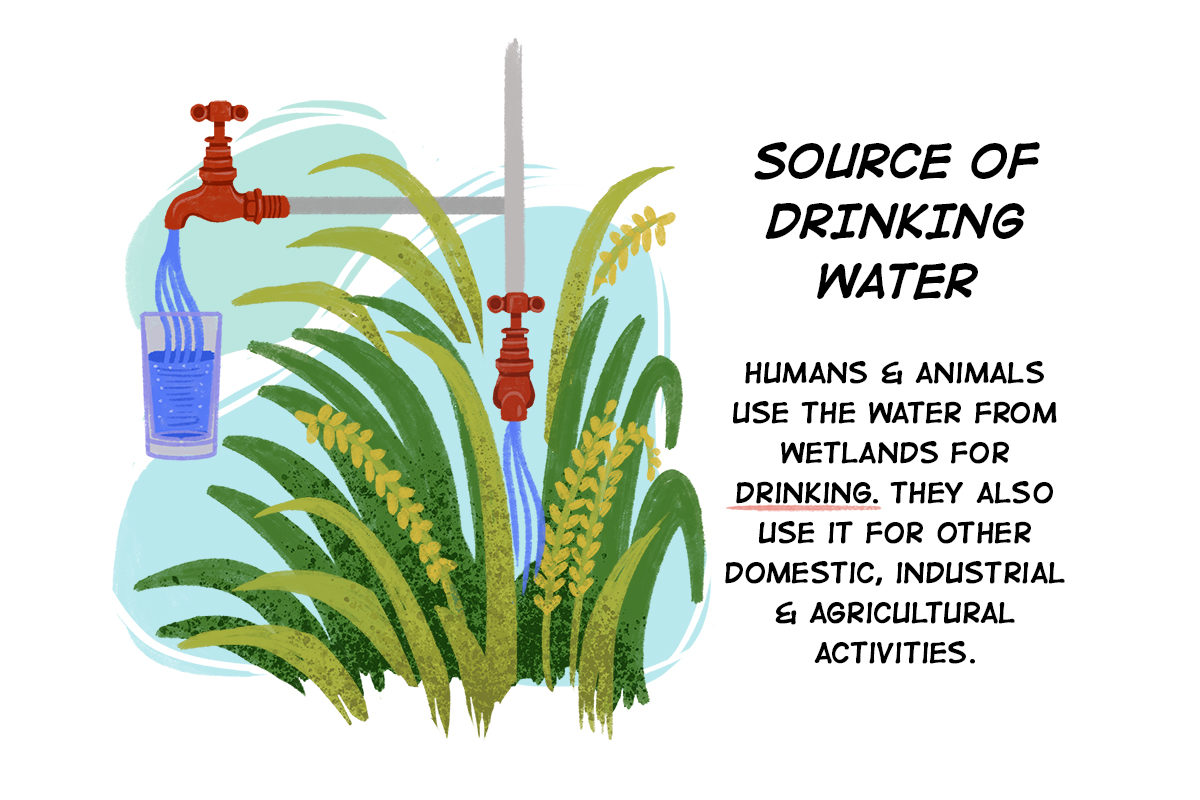 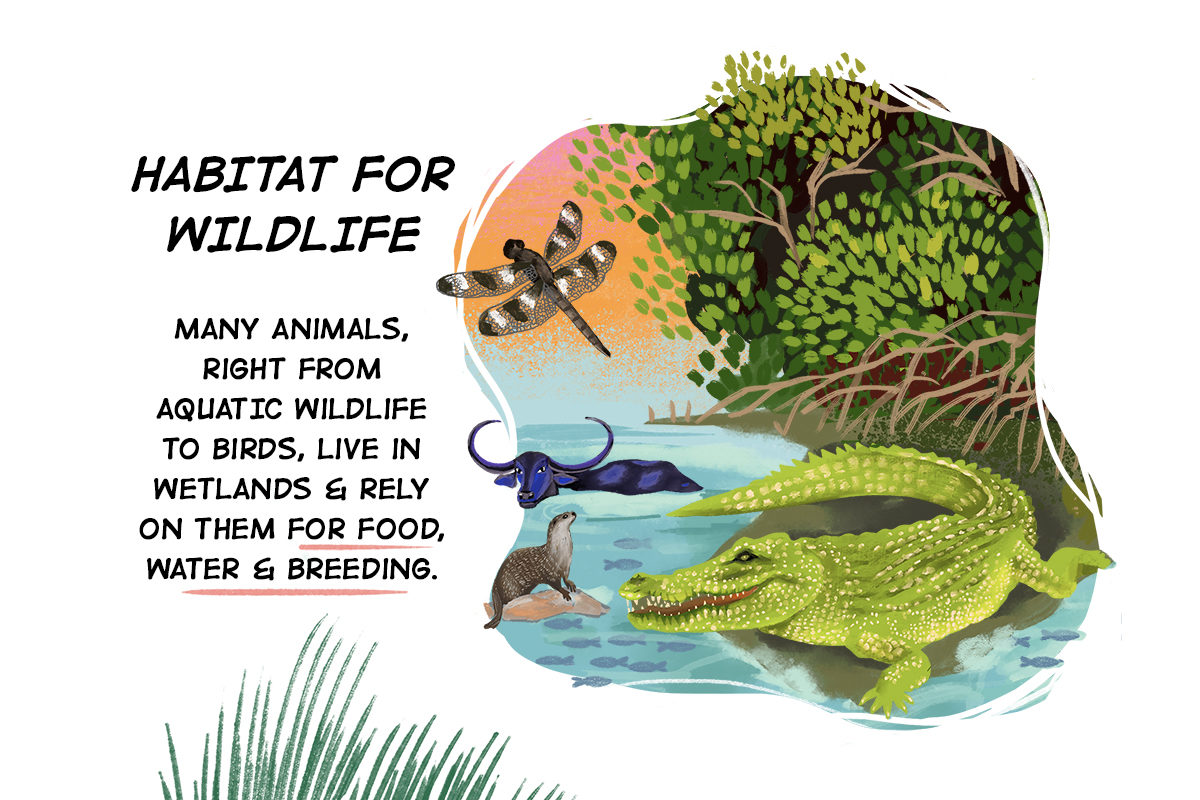 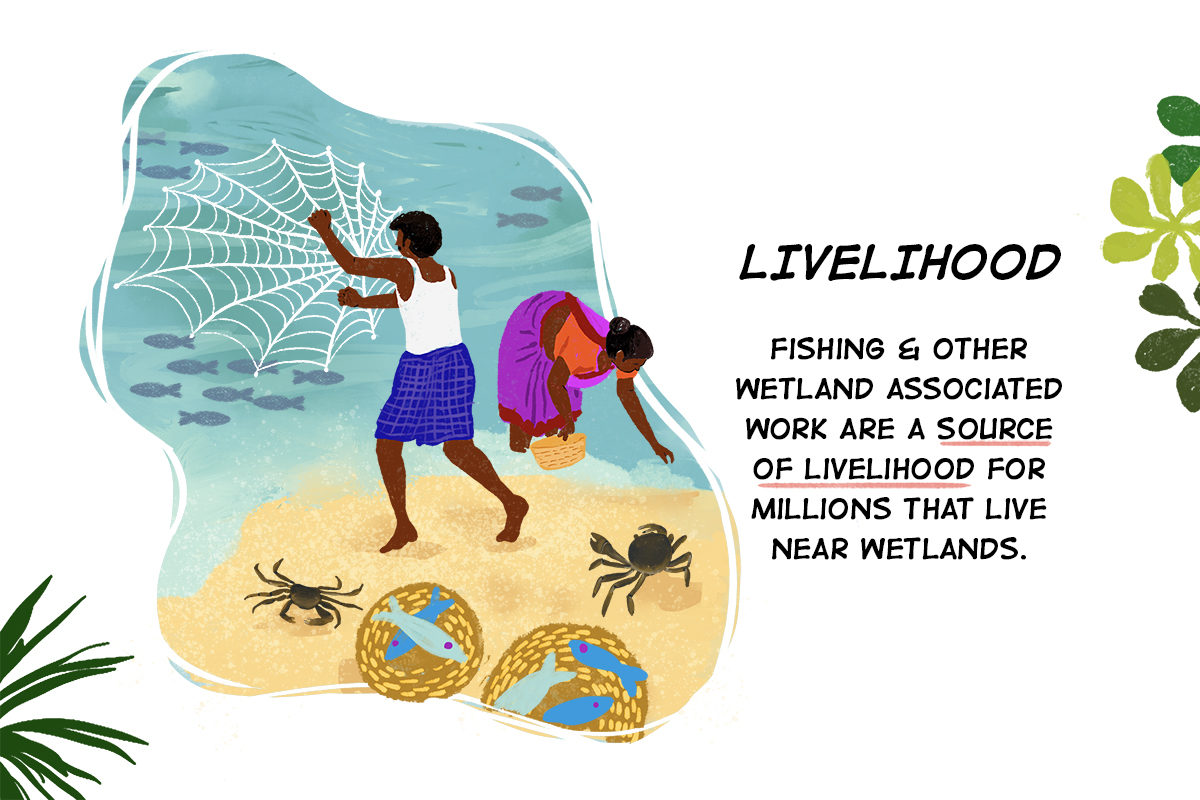 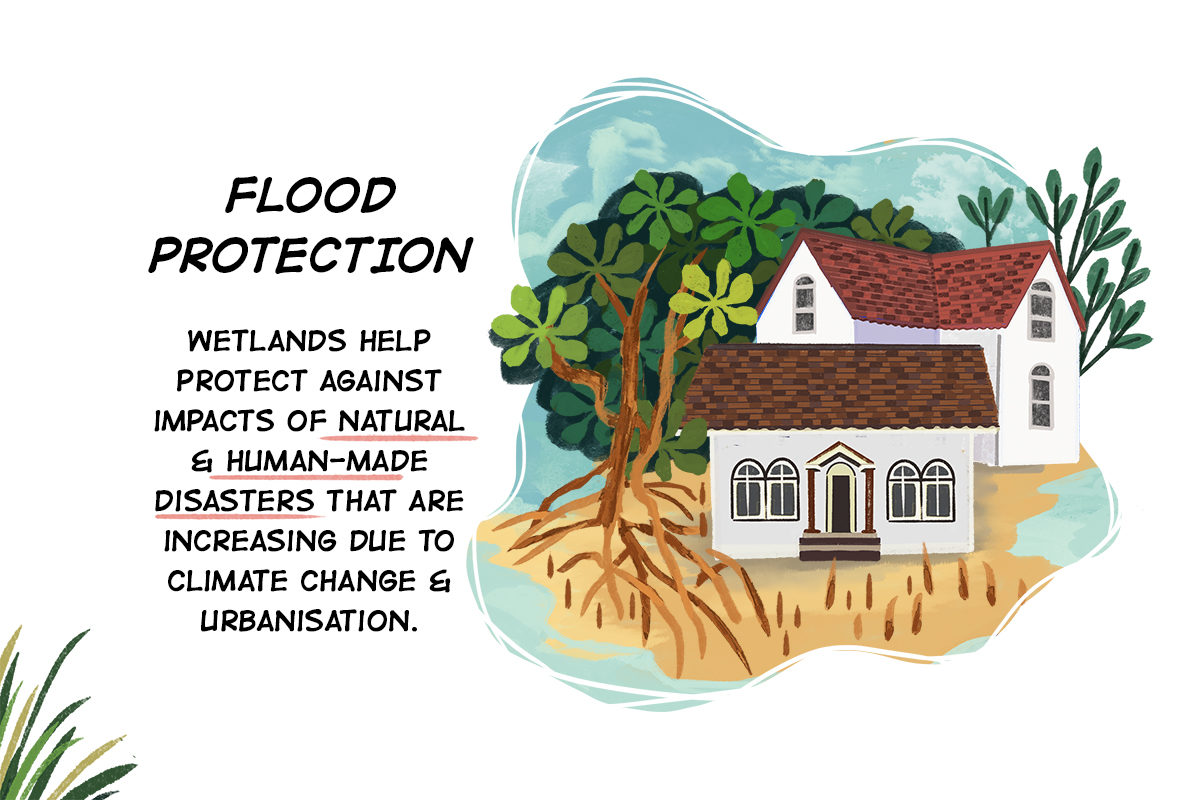 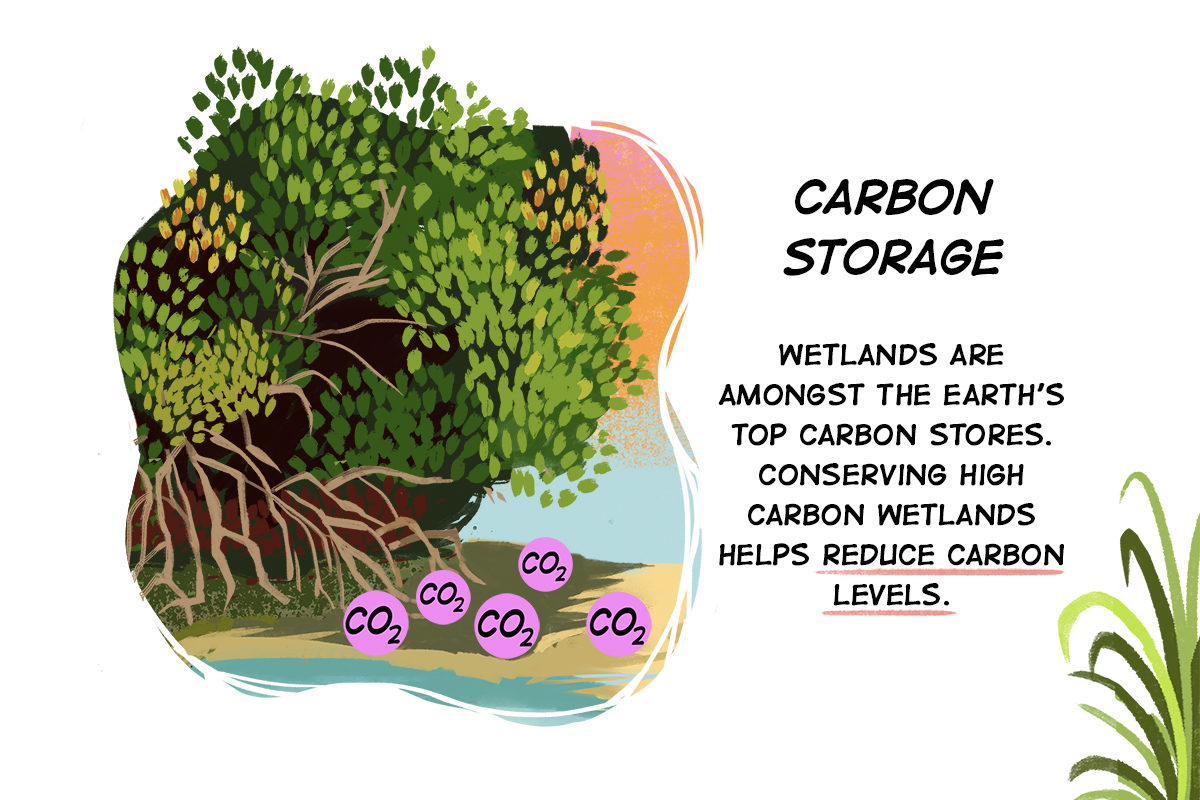 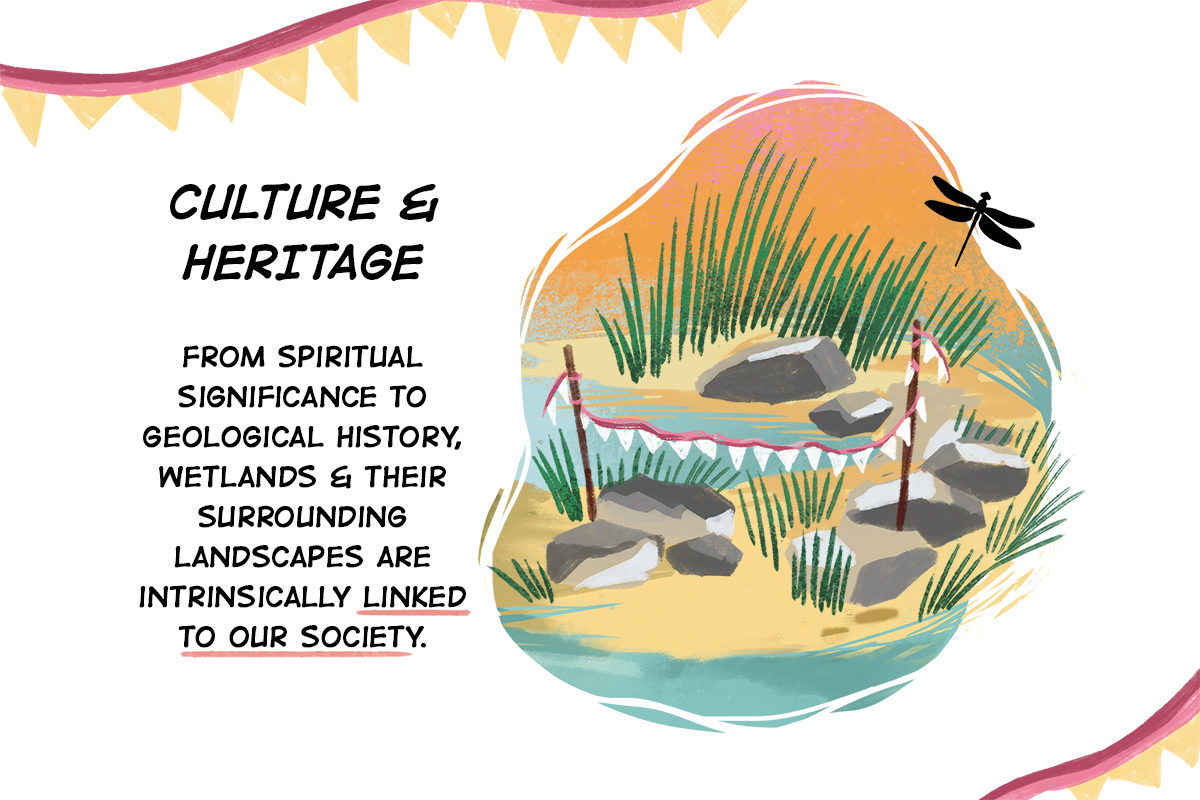 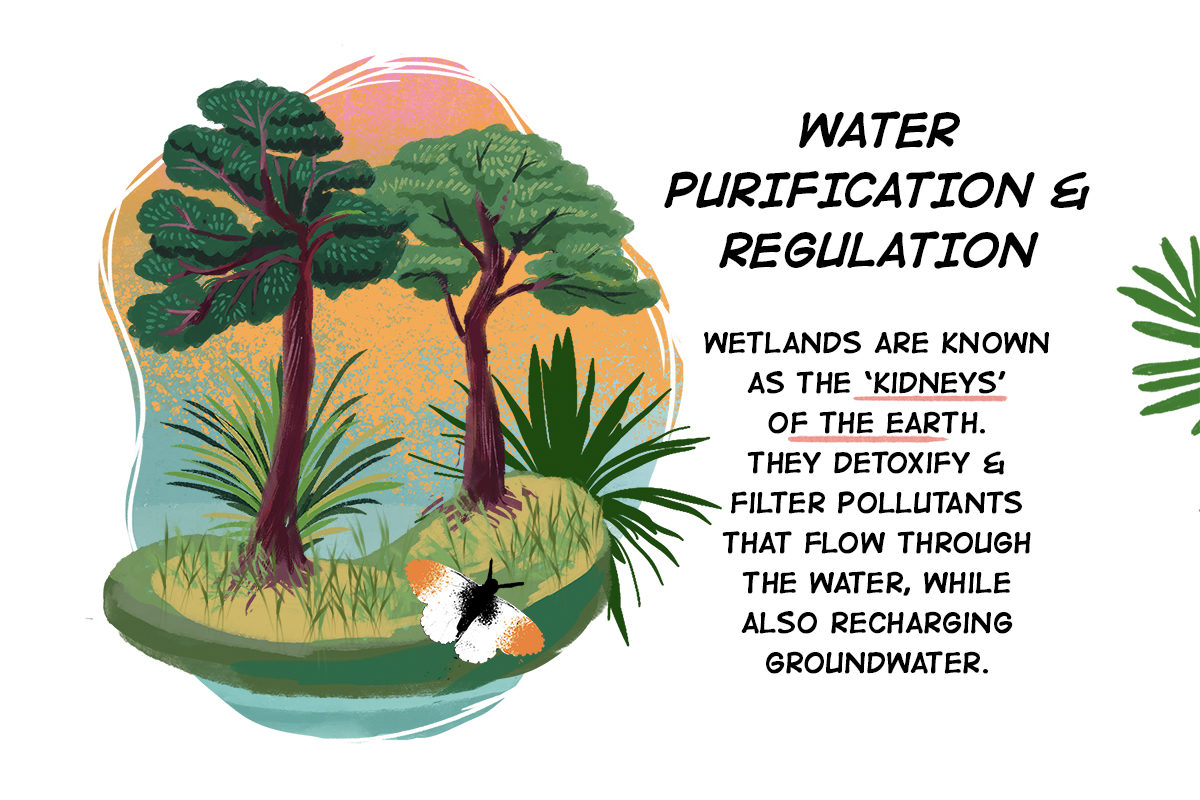 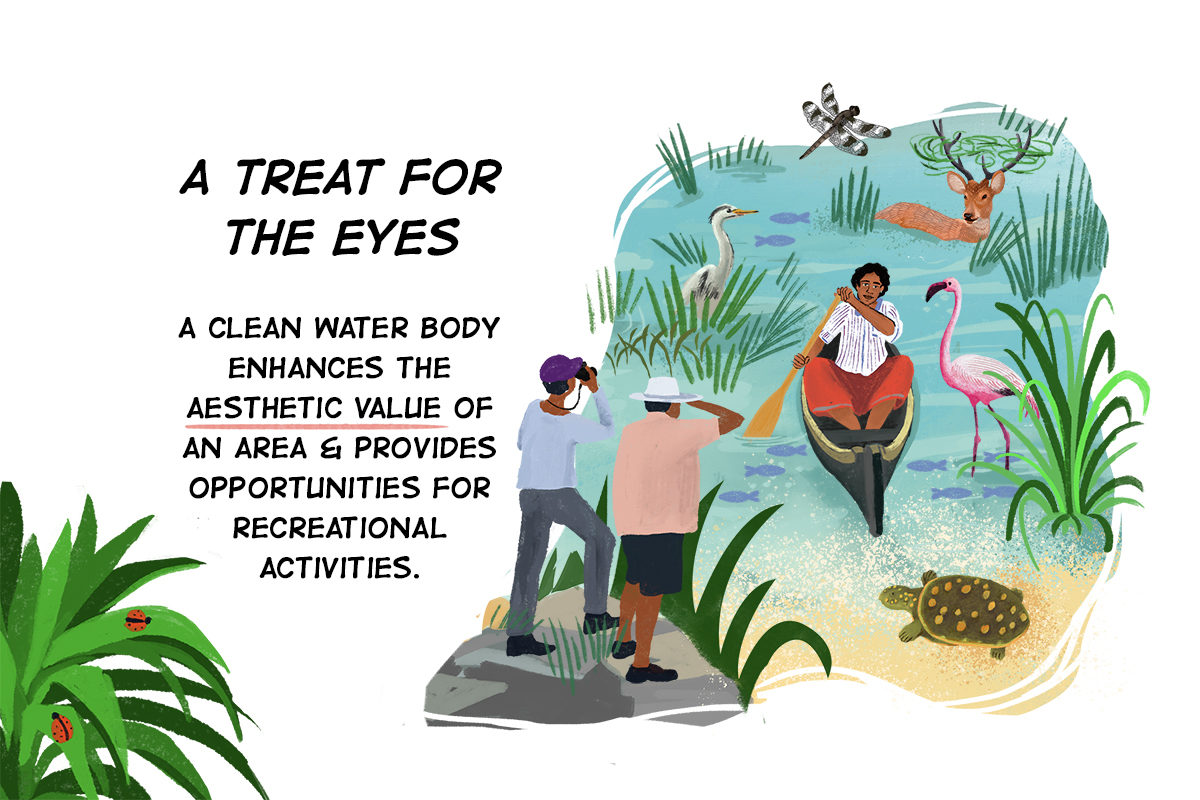 The unsung heroes who took it on themselves to protect wetlands

Everything is not lost for the wetlands, however. In different parts of the country enlightened individuals and communities have taken it upon themselves to conserve and resuscitate this waterlogged wealth. Mongabay-India and Wetlands International South Asia located such 25 stories, published in the Wetland Champions series of Mongabay-India. The series wrote about those who conserved the wetlands due to their own calling, and not because that was part of their job or were paid for it.

Better connected to the management of natural resources around them, women are the frontrunners of conservation in many of the stories in the series. Thousands of women from 21 villages of Kaniyambadi block of Vellore district in Tamil Nadu built recharge wells and check dams to resuscitate the dry Naganadhi river flowing through their region. The Swamini self-help group, led by Shweta Hule in Sindhudurg district of Maharashtra, has been running the mangrove safari ecotourism initiative to conserve the mangroves in their villages. The Jal Sahelis women’s group in the parched villages of the Bundelkhand region of Madhya Pradesh has been reviving ponds.

Men too are wetland champions. Consider the story of Kalmane Kaamegowda, the shepherd from Mandya district of Karnataka, who has been digging and rejuvenating ponds. Or, the septuagenarian farmer Kochu Muhammed, who is an important link in all efforts to conserve the Vembanad-Kole wetlands in Kerala. Jagdish, a farmer-turned chowkidar (watchman) in Jaitpur village on the banks of Chambal river in Madhya Pradesh, has been conserving wetlands to protect the nests of the Indian skimmer birds.

Meerasa living on the edge of Pulicat Lake in Tamil Nadu was displaced once when the Shriharikota rocket launching station expanded. His village is under relocation threat again as the industrial zone is expanding around the Kattupalli port. But he continues with his efforts to preserve mangroves. Similarly, Bijay Kumar Kabi leads his community to conserve mangroves in Badakot village of Odisha, in the periphery of the Bhitarkanika National Park.

There are efforts in urban centres too. Ramveer Tanwar, an engineer who gave up his job to conserve ponds and lakes in Noida and Greater Noida region of Delhi’s National Capital Region. Sunil and Shruti Agarwal, a couple living in Navi Mumbai, have been fighting to save 80 hectares of wetlands from a proposed golf course and residential complex so that flamingos can return to this location every year. Volunteers from the Jeevitnadi group in Pune have been working to clean small sections of the Mutha river in Pune. In the southern metropolis of Bengaluru, local fishermen and city residents join to clean the Jakkur Lake and make it a model for other parts of the city.

Much of the conservation in these locations is around ecosystem services – the benefits that the communities derive from the wetlands. Communities have taken action because they recognise nature as part of the system in which they exist and it needs protection.

Religious and cultural connections may have a strong bearing on – and are perhaps a motivator for conservation efforts. Monks of the Tawang Buddhist monastery in Arunachal Pradesh, led by Phuntsok Wangchuk, have been working to conserve 20 high-altitude lakes in the Bhagajang wetland complex. Similarly, local community action groups are conserving the Changu Lake of Sikkim. In the Bhandara district of Maharashtra, a return to traditional community practices is helping to conserve the Malgujari lakes.

As India struggles with a deepening water crisis and adapting to extreme events induced by a changing climate, it is almost a truism to say that wetlands conservation needs urgent attention, and upscaling at various levels and within various sectors. And, it is also apparent that government-sponsored efforts alone will be insufficient to turn the tide of wetlands loss and degradation around.

The ‘Wetlands Champions’ series of stories show us a ray of hope – these are models of affirmative behaviour change which have mostly arisen from an individual’s sense of concern for these ecosystems, and willingness to do something about the problems at hand. Unlike the state-funded programmes, these efforts have not taken the long and winding route of undertaking complex science to discover how wetlands function and pinpointing the factors driving their degradation culminating into comprehensive management plans, but individuals, groups, or communities have acted upon their instincts and their own understanding of these ecosystems.

The stories demonstrate how simple affirmative actions start the recovery process. Motivation and passion play a crucial role in these stories; and the absence of governmental support is rarely a bottleneck.

Whether these efforts will turn the wetlands ecosystems around – only time can tell the ultimate impact, and there is a high risk that the underlying economic forces could overwhelm these efforts. Yet, these actions stand out in terms of acting in times of need, re-bonding people to these critical ecosystems, creating a sense of community ownership, and most importantly safeguarding these natural assets when the larger storyline is replete with adverse trends of wetlands loss and degradation. Such stories and the unsung heroes, therefore, need to be celebrated.

Ritesh Kumar is the director of Wetlands International South Asia.

Banner image: Villagers from Badakot, Odisha and Bijay Kumar Kabi discuss the environmental issues of the disaster-prone area. The village lies along the periphery of Bhitarkanika, one of the largest mangrove ecosystems in India and a Ramsar site. Photo by Manish Kumar.