In an old wind farm in the wind-rich region of Kayathar in the Thoothukudi district of Tamil Nadu, there are 30 wind turbines, each with a 200-kilowatt (kW) capacity. Many of these turbines are nearing the end of their lifecycle of 20-25 years. Generally, the wind turbine generators (WTGs) at the end of service life exhibit high breakdown rates, require repairs, and are likely to suffer from a shortage of relevant replacement parts as the technology has improved significantly over the years.

What if these turbines could be removed and replaced with the latest technology WTGs that are taller and more efficient? The six megawatts (MW) wind power plant would then generate 16.2 MW, finds a 2021 study that conducted an economic investigation of repowering existing wind farms, with Kayathar as a case study.

This is just one old farm; if all the old wind farms in the southern Indian coastal state with rusty turbines and obsolete/low functioning components were to be removed and replaced with newer turbines, it would be a huge boost in terms of renewable targets. However, Tamil Nadu has thousands of turbines installed before the year 2000, with less than 550 kW capacity and the state faces many challenges in repowering.

What is repowering of wind farms?
Repowering of wind farms means replacing older turbines which have mostly completed their lifecycle of 20-25 years (or are nearing their end), with newer and larger turbines which have increased energy capacity and efficient designs; the first-generation turbines can be replaced with multi-megawatt turbines. The hub height of these turbines would be longer, and the blades would be larger with an optimised design.

Through the years, the technology has improved, and the wind farms located in Tamil Nadu, that were installed in the 1990s, are functioning below their capacity. The obsolete components in these turbines result in significant maintenance costs and time inefficiencies, and increased downtime, which lowers average energy production, says the study. Looking into the future of these old wind farms is crucial because not only have they completed their life cycle, but they also occupy the best wind sites of the state.

It was in 2016, that the Union Ministry of Renewable Energy (MNRE) released a policy for ‘repowering’ of the wind power projects in India. The policy stated that initially, the wind turbine generators of one-megawatt capacity and below would be eligible for repowering. Each state’s nodal agency or the organisation involved in the promotion of wind energy in the state was in-charge of implementing repowering plans. Six years later, Tamil Nadu, with the country’s oldest onshore windfarms, is yet to start repowering.

Tamil Nadu is home to about 25 percent (close to 9.86 gigawatts) of India’s total installed wind power capacity of 40.35 GW. Moreover, India aims to install 140 GW of wind power capacity by 2030. TANGEDCO, the Tamil Nadu electricity distribution company aims to install 24 GW of onshore wind by the year 2050 with ‘determined effort’. To meet this target and lead by example for other states, Tamil Nadu must take the right steps forward in repowering, according to wind energy experts. 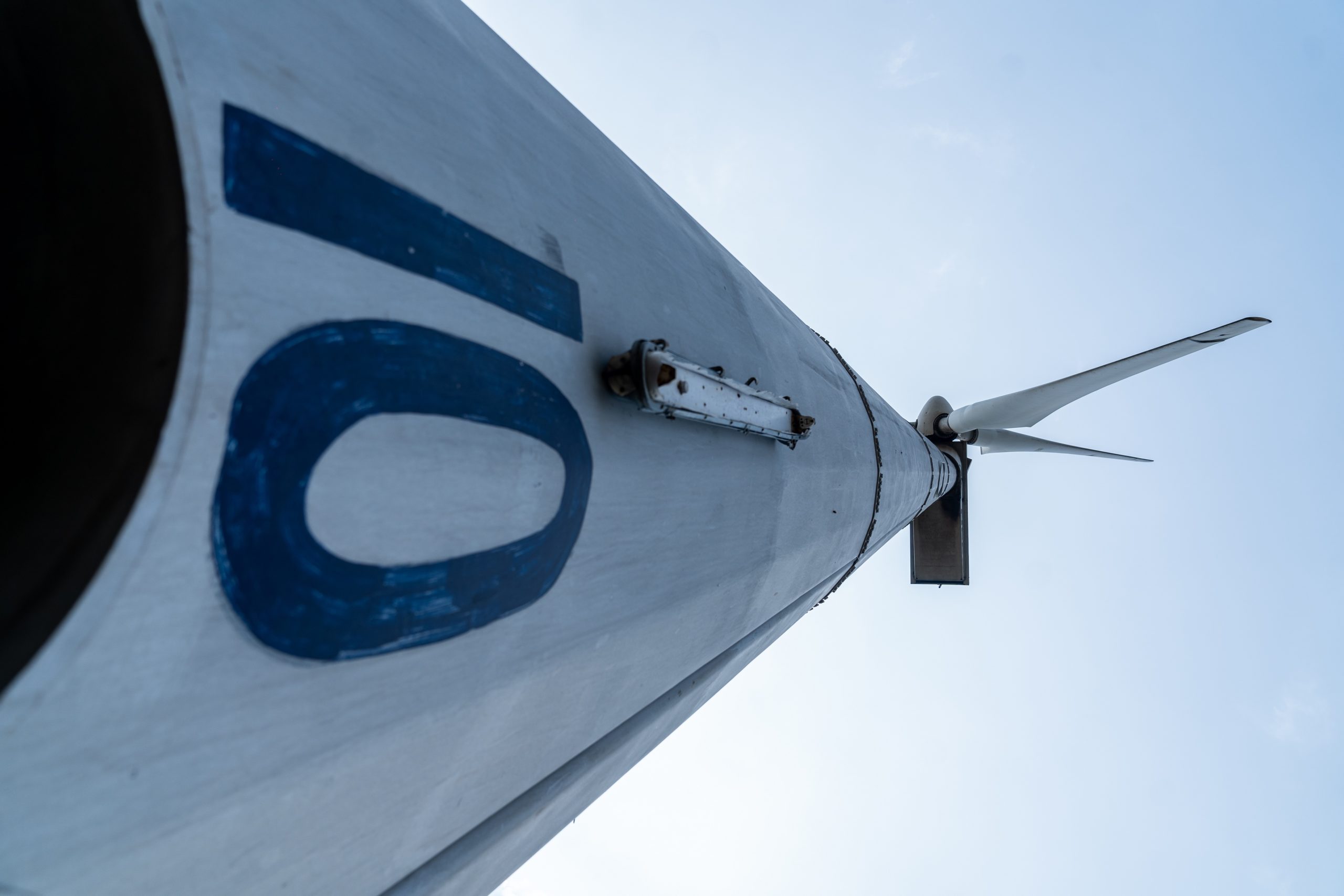 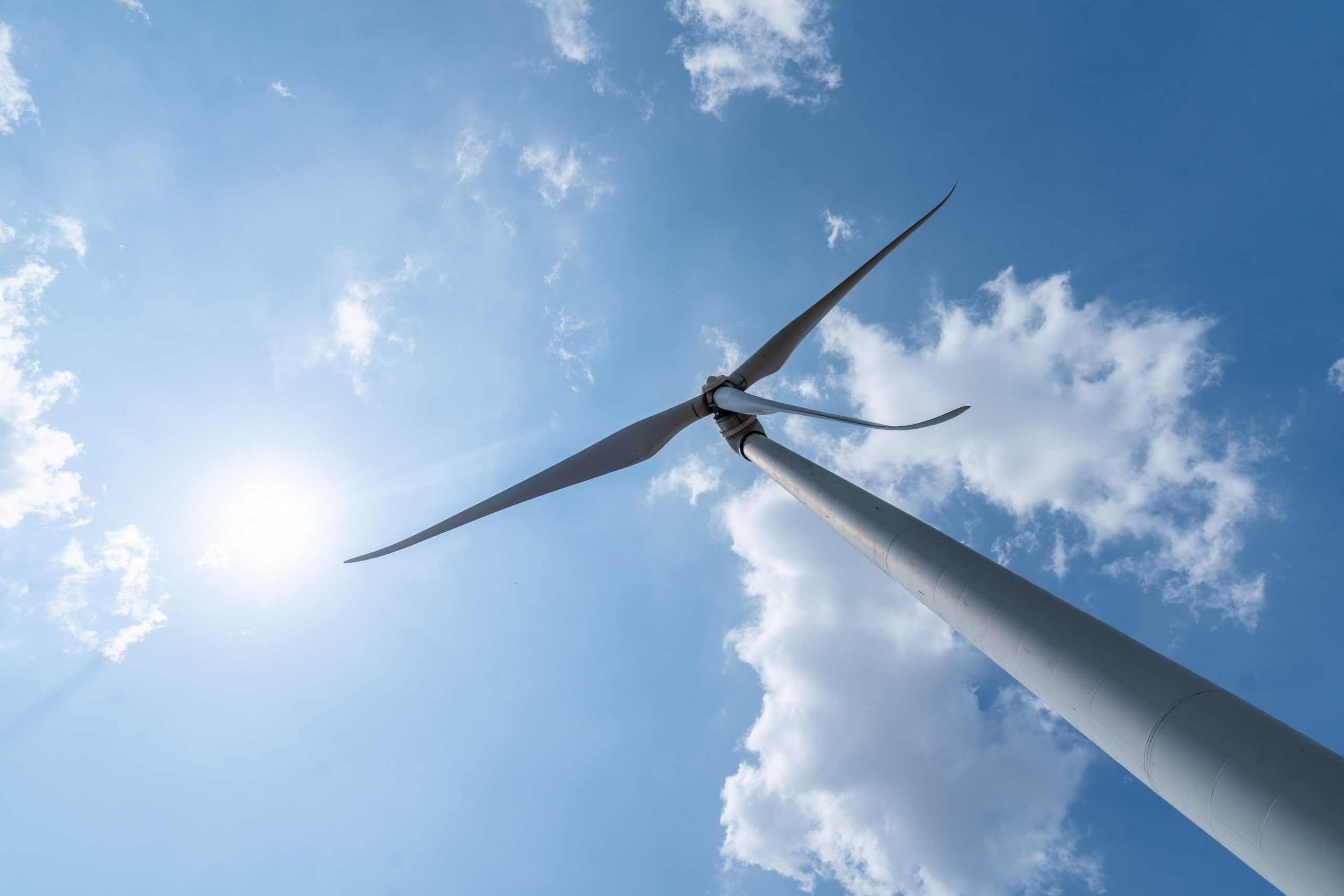 “Repowering basically means that, old turbines will be uprooted and replaced with newer turbines. The old machines generate less energy and the new ones that come with an increased hub height and a larger rotor diameter, can harvest wind energy with increased electricity generation. In many cases, in the place of 20 turbines, around three to four turbines would be enough,” said K. Balaraman, Director General, National Institute of Wind Energy (NIWE), while explaining the benefits of repowering to Mongabay-India.

According to a 2018 study, supported by MNRE, in India more than 10 GW of old wind turbines with less than 1 MW capacity are installed in wind-abundant sites. Repowering these sites with modern turbines will quadruple the energy generation. However, there is no state-specific repowering policy in Tamil Nadu, although the MNRE’s repowering policy says that states would implement these plans.

What is the state government’s stance? In 2021, the Tamil Nadu Electricity Regulatory Commission (TNERC) issued a clarification on MNRE’s repowering policy replying to some frequently asked questions by different stakeholders. It said that “TANGEDCO and the State are benefited by way of optimum utilisation of natural resources and existing Transmission Infrastructure erected by way of realising additional generation,” recognising the benefit of repowering. However, the TNERC also said that “TANGEDCO does not intend to make the repowering procedure mandatory as has been understood by many of the stakeholders. It is an option left to the generator.”

Therefore, since repowering has not been made ‘mandatory’ it is being left to the choice of the wind turbine owners to decide whether old turbines need to be repowered.

Repowering was going to be the next big thing, in 2016, when the MNRE announced the policy but the progress since then has been slow. Even if a few owners wish to repower their wind farm, apart from the fact that repowering is not mandatory, the fragmented land ownership and turbine ownership also stand as major challenges.

“Similar to agricultural lands, the wind farm lands are also small and fragmented and owned by multiple people. Micrositing, the process of choosing the specific location of wind turbines which is determined by multiple factors like existing wind resource, distances from other wind turbines, etc., becomes an obstacle,” shared D.V. Giri, Secretary General, Indian Wind Turbine Manufacturers Association (IWTMA). Although MNRE has relaxed the rules for micrositing, the site can be repowered only with the consensus of all land and turbine owners of a large area.

“In a thickly populated site like Muppandal, this becomes a challenge. It needs permission from many sources, ” Balaraman told Mongabay-India.

“It’s been a really tricky business trying to repower,” said a wind farm manager from Kanniyakumari district, on condition of anonymity.  He said, “It involves negotiations from multiple stakeholders and there needs to be more clarity. Also, TANGEDCO is yet to pay us the debt it owes. We need financial incentives to begin repowering.” TANGEDCO owes a total of Rs. 20,828 crores (Rs. 208 billion) to the electricity generators.

An additional challenge is that the repowered turbines would require stronger evacuation facilities. Power evacuation is a facility that allows the electricity generated, to be transferred to the grid from the turbine. These facilities need to be upgraded if individual turbines with 1MW, 2MW or 3MW capacities are installed. “TANGEDCO must augment the evacuation facility and the grid,” said Giri while adding that “If the state augments the grid, it will be doubling the energy production; it will be like a multiplier effect.”

While ownership and technical upgrades are two primary challenges, the tariff structure lacks clarity too. The additional energy produced after repowering requires heavy investment in technology. The wind energy developers question if the same tariffs would be applied by the distribution companies (discoms). In 2019, the Indian Wind Power Association in 2019 had stated, “The Tariff rates for Repowering have to be fixed prior to the announcement of the Repowering Policy.” The National Tariff Policy of 2016 recognised this additional investment required and even recommended a multi-year-tariff policy.

This mismatch in tariff requirements between stakeholders, the central and state governments, calls for negotiation talks and a clear repowering policy by the state that answers tariff-related questions.

Optimising usage of land and extending the life of windfarms

“The one thing we cannot create is land. Land is a national asset, and we need to maximise the potential of the available land before acquiring new land,” Giri told Mongabay-India.

During Mongabay-India’s interactions with the local communities in Tirunelveli, Thoothukudi and Kanniyakumari, what came out was that people were conflicted about the use of common lands and agricultural lands. Although they are happy about the jobs generated for the youth of the region, they mourn the loss of agriculture and pastoralism in the region, as lands were sold off for wind farms when the land price appreciated.

Repowering existing wind farms, before acquiring new lands will not add to the worry of the residents in these districts. Repowering has a financial benefit too, in comparison to acquiring new lands for wind farms. “The cost of dismantling and disposal of old turbines is less compared to the cost of land and evacuation and so in fact applying the feed in tariff of new machines to the repowered WEGs may be advantageous to the generators,” said the TNERC statement.

Where will the old wind turbines go?

One of the important questions that need to be addressed when repowering begins full-fledged is ‘What happens to the old turbines?’.

Rajenthiran and Balakrishnan G.R. from the wind company Siemens Gamesa emphasised that their company is interested in repowering their old turbines too. They stated that if the policies are in place, recycling old wind turbines is very much feasible. “Most of the components of a turbine can be recycled. Imagine the blades becoming shelters for bicycle stands. European countries have several case studies for successful recycling of wind turbines, and we are at the ready, to implement recycling plans if repowering begins/ is made mandatory,” they told Mongabay-India. The company is already pioneering in recycling turbine parts. It has produced recyclable blades at Siemens Gamesa’s blade manufacturing plant in Denmark.

Whether all wind companies can come forward to recycle and whether they have the finances and infrastructure to recycle, are other questions that must be answered by the companies. The old turbines cannot go to landfills, as they have electrical and other non-biodegradable components. The European market is experimenting with mechanical, thermal and chemical recycling methods, each with its own pros and cons. For companies in India to take up recycling and for it to be viable for them, guidelines and policies must be implemented. But there is no policy yet on disposing or recycling clean energy-related waste.

The need to assess biodiversity impacts at repowered wind sites

Regarding repowering and biodiversity, T. Ganesh, Senior Fellow from the Ashoka Trust for Research in Environment and Ecology (ATREE), said, “When the height of turbines increase, it can have impacts on high flying birds like storks and large raptors.”

The state has many issues to tackle with respect to repowering, but to solve the preliminary issue of land ownership fragmentation, Giri suggests that the turbine owners come together to form a cooperative or a Limited company, where the land would be the equity and the owners can become shareholders. “A cooperative model for repowering would be the best way to move forward,” said Giri.

Painting a picture of what the future would look like if Tamil Nadu realises repowering, he said, “In the first shutter we can look at turbines that have crossed 20 years and in the second, we can look at the ones that have crossed 15 years. At one point, only high-capacity turbines would be left. We would have optimised land usage. A mini windfarm could power factories or residential townships.”

A 2021 study that looked at an overview of wind energy development and policy initiatives in India recommended that coordinated efforts between the Centre and the state may push repowering activities.

Queries sent by Mongabay-India to Tamil Nadu government’s energy department to understand the recent steps taken for repowering remain unanswered at the time of publishing.